Meet a group of divers who will be taking part in a project to clear our waters of discarded and lost fishing gear at Galway Atlantaquaria on Wednesday 5th September.

The divers will be talking about Operation Stone & Pots, a ghost gear removal operation which will start on the 3rd September. 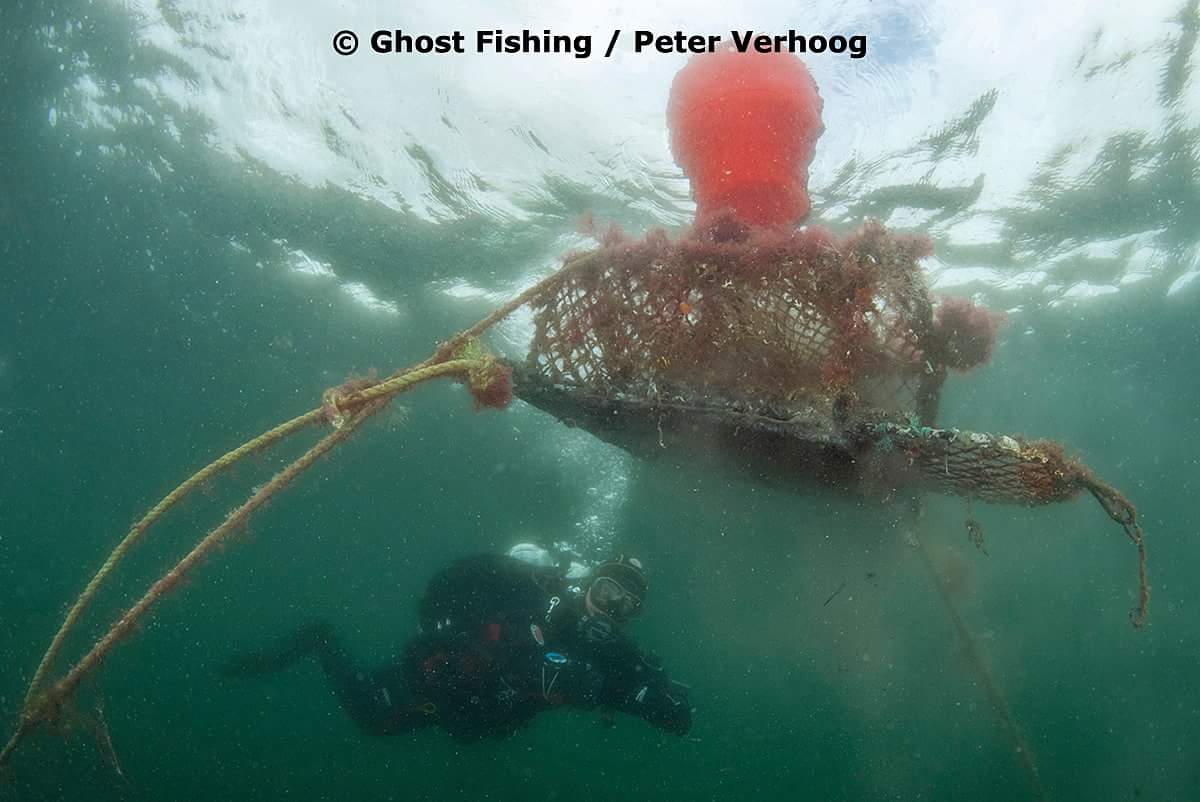 Ghost fishing is a term that describes what happens when fishing gear continues to fish long after long it’s been discarded and it’s a big problem. An estimated 640,000 tonnes of lost fishing nets kill more than 136,000 seals, sea lions and whales every year, in addition to millions of birds, turtles and fish.

In order to combat this serious problem the international charity Ghost Fishing was established to rid the world’s oceans of this gear to help keep our oceans safer for the marine life that dwells within.

The Irish operation is co-organised by GRD, a German NGO which aims to save dolphins and whales. The diving operation will be hosted by Scubadive West. A team of six specialist divers will remove the lost fishing gear, which continues to catch even when unattended, from the bottom of the ocean off the coast of Renvyle, Co. Galway.

Although Irish waters are known for their rich biodiversity – 24 species of the world’s whales and dolphins have been recorded there- this is the first time a mission to rid the seabed of these deadly traps will take place in the area.

Because fishing with nets is forbidden off the west coast of Ireland, during a survey dive in May, divers recorded countless of abandoned lobster pots at the bottom of the sea. The baskets and their attachment ropes continue to fish and kill countless sharks, fish or crustaceans.

“For the protection of the biodiversity in the oceans, it is very important to stop the senseless killing”, explains Verena Platt-Till of GRD.

Operation Stone & Pots which will take place off Galway,will be carried out by a highly skilled team of six volunteer technical divers who will return to remove the lobster pots and, depending on their condition, return them to fishermen who can use them once again.

The divers will be giving a presentation in the Aquarium and it will be a great opportunity for the public to meet the organisers of this huge effort and learn more about marine pollution.

The event is free buy spaces are limited. If you wish to attend this event email garry@nationalaquarium.ie to RSVP.

Galway Atlantaquaria will also be running a beach clean the following morning September 6th at Grattan Salthill at 11am if you want to join in and do your part to keep our oceans litter free.