Pupils from Cregmore national school, Co. Galway are creating an art-marine science installation and short film called “Build your own Unknown” with artist Louise Manifold, which is a re-enactment of the 2011 discovery of the Moytirra deep-sea hydrothermal vent field originally found along the Mid-Atlantic Ridge, north of the Azores 3000m under the ocean. 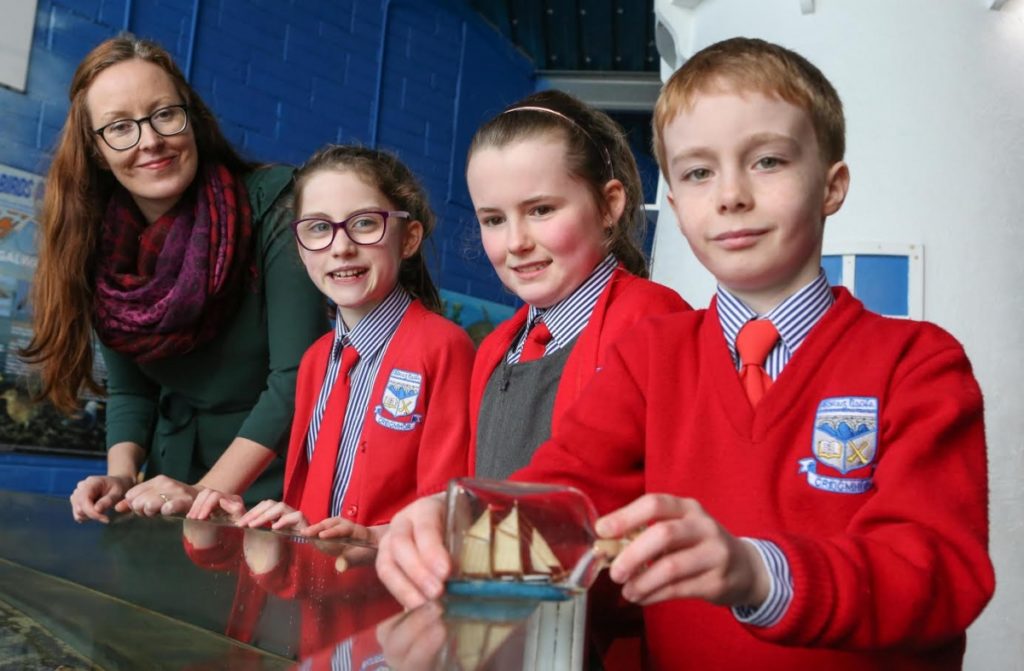 Supported through the Marine Institute’s Explorers Education Programme and the Tulca OFFshore programme, Dr Peter Heffernan, CEO of the Marine Institute welcomes the art – marine science collaboration saying, “This is an innovative opportunity for artists, marine scientists and educators to engage and increase our awareness about the value, opportunities and societal benefits that the ocean provides us.”

“Rediscovering the mystery of the ocean through the eyes of a scientist, the children have been given the opportunity to work with the Institute and Dr Andy Wheeler from UCC, who was the chief scientist on the research vessel RV Celtic Explorer, that had explored and aptly named Moytirra vents after a mythological Irish battlefield meaning plain of pillars,” Dr Heffernan said.


As part of the installation the Cregmore pupils are using images and film footage taken from the remotely operated vehicle ROV Holland I for inspiration to re-enact the scientific discovery of the gigantic rock formations, ‘smoking’ lava vents over ten metres high, and areas teeming with unusual newly discovered species that call the bottom of the ocean home.

Louise Manifold leading the project said, “As an artist I have always been fascinated by relationship between science and cinema, where often our connections to ocean is formed through our childhood imagination, from sci-fi films to childhood games and mythical stories. ‘Build your own Unknown’ is not only about understanding our connections to the ocean, but it is about valuing human curiosity, and I am really enjoying the opportunity to work with the pupils of Cregmore to make an amazing piece of work that celebrates this.”

The art-marine science installation will be on show at SeaFest 2017 taking place from the 30th June – 2nd July which will promote the importance of ocean exploration as well as engage the wider community through visual arts. “Supported by the Explorers Education Programme, the project will also include the development of cross curricular education lesson plans and resources that teachers will be able to use as an art science project module. These will be available on www.explorers.ie later this year” explained Joanne McGlynn, TULCA Education coordinator.

The Explorers Education Programme is supported by the Marine Institute, and funded under the Marine Research Programme by the Irish Government.