A Marine Institute Argo Float was deployed en route from Cape Verde Islands to French Guiana by the Quinlan-Owens family from Galway, onboard their yacht Danu. 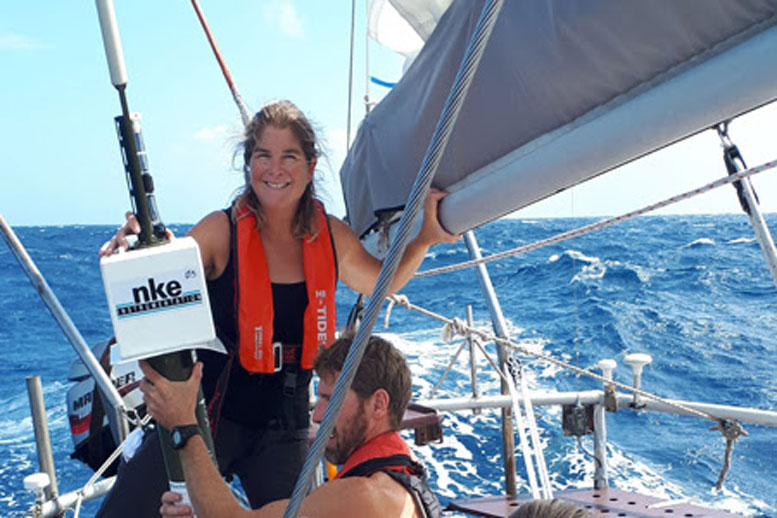 Vera Quinlan, Peter Owens and their two children Lilian and Ruairi, deployed the Argo Float in December as part of their 14-month sailing trip around the Atlantic Ocean from Galway to New York. Vera is a hydrographer for INFOMAR, the national seabed mapping programme, which is jointly managed by the Marine Institute and Geological Survey Ireland.

Argo Floats are deployed across the world’s oceans to continuously monitor the ocean and provide essential data to help scientists understand oceanic conditions, interactions between the ocean and the atmosphere, as well as long-term climate trends. Argo Floats distribute real-time information on temperature and salinity up to a depth of 2,000m below the ocean’s surface. Measuring the temperature and salinity of the ocean is crucial in better understanding climate change and the role of our oceans on our climate. 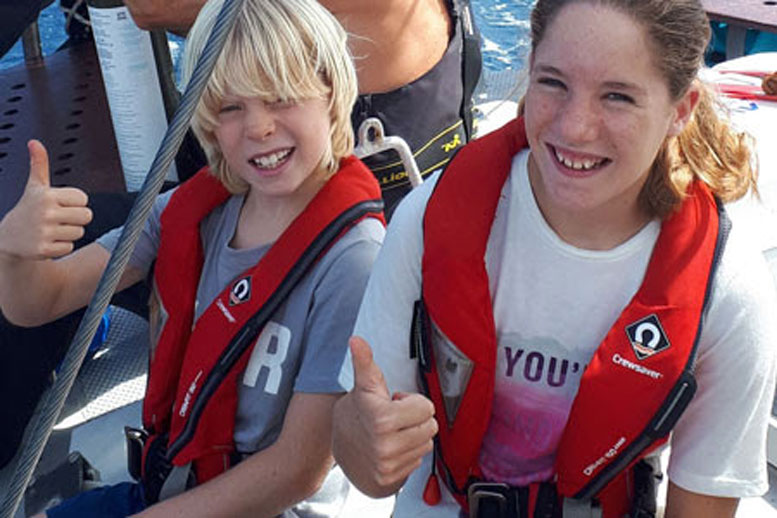 Thumbs up to science at sea! Lilian and Riairi Quinlan onboard their yacht Danu.

Before departing on their sailing voyage in June 2019, Lilian and Ruairi showed the Marine Institute’s Argo Float to their classmates at Kilcolgan Educate Together National School. The primary school students signed their names on the Argo Float, which is now floating in the Atlantic Ocean and collecting measurements on temperature and salinity. This data is transmitted via satellite every 10 days for the three to four years of the Argo Float’s lifespan and its location can be tracked at digitalocean.ie

Alan Berry, Ocean Science and Information Services at the Marine Institute said, “The Institute usually deploys Argo Floats on research surveys carried out in the North Atlantic Ocean. Vera’s sailing trip offered the opportunity for an Irish Argo float to be deployed much further south, near the equator. We thank Vera and her family for participating in the Argo Programme, and to Lilian and Ruairi for sharing this experience with their classmates so they can also learn about the importance of monitoring our oceans.”

As part of the Marine Institute’s participation in the Euro-Argo ERIC programme, 20 Argo Floats have been deployed by the Marine Institute in the North Atlantic over the last 10 years, with a sustained deployment of three Argo floats per year since 2015. The international Argo Programme currently has a network of approximately 4,000 Argo Floats taking measurements in the world’s oceans.

For more information about Ireland’s involvement in the Argo Programme visit here.