Derry’s rich seafaring past tells the story of the city itself. From pre-history settlements to nineteenth century emigration, from the Siege to the Second World War, the water has played a vital round in shaping the individuals and events that have made it what it is today.

During this year’s Foyle Maritime Festival, which starts on Saturday (July 14), the Foyle Voyages marquee will take visitors on 9,000 years of heritage, from the Neolithic to the present day. 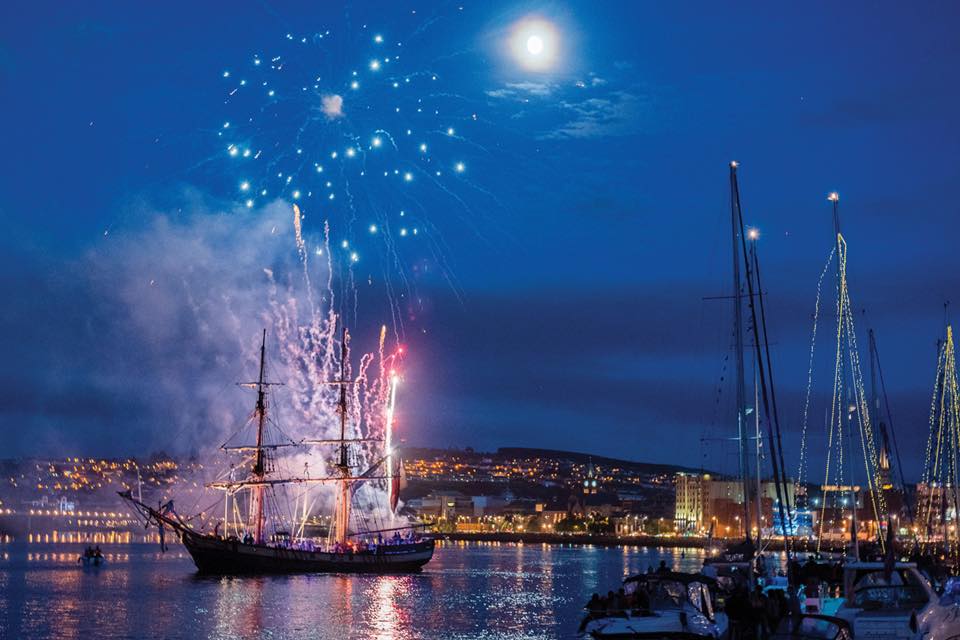 Ronan McConnell, Education Officer, from Derry City and Strabane District Council’s Heritage and Museum service, said: “Situated on the banks of the Foyle during the festival, visitors will experience how the lough shaped the city and the surrounding region, and how some of the most pivotal events in European history were decided on its waters.

“The artefacts and themes of the exhibition represent a flavour of the interpretative content for the planned DNA project at Ebrington Square. There will also be central pod introducing the DNA concept to the public through a short film as well as providing an opportunity to give feedback.

“DNA represents the region’s importance as a gateway to the North Atlantic and its historic connection with ebb and flow of people who came and left here over the centuries. The project is informed by ‘Hundreds of years, Millions of Stories.’”

‘Foyle Voyages’ will be open from 12 noon to 8 pm each day of the event from Saturday 14th July until Sunday 22nd July featuring original artefacts from prehistory to the present day.

And if that whets the appetite, why not take up a tour of the City Cemetery to find out a bit more about the great and the good of the Derry of old who owned and operated the vessels involved in so many of those momentous periods in our maritime past?

From the dockers and seamen, naval captains and captains of industry whose lives were inextricably linked to the water they worked, local historian Seamus Breslin can bring them all to life with his specialised maritime tours which will leave from the city centre every afternoon of the Foyle Maritime Festival (July 14th – 22nd).

“It’s harder to find an old plot that isn’t connected to the sea or shipping,” says Seamus.

From the grand mausoleums of the merchant classes to the simple stones marking those of more humble origins, so many of the graves tell of the city’s strong sea-faring past.

In the stunning hillside surroundings of the historic cemetery which first opened in 1853 and can claim links to the world renowned Glasgow Necropolis and Paris’s Pere Lachaise, visitors discover that Derry’s connection to the water is as central as the River Foyle which flows through it.

Wander around the Victorian and Edwardian plots and the statues and vaults stand as testament to genteel families who built their fortunes through shipping companies – and many more whose wealth came from international trading made possible by the waterways.

The Cookes, the Mitchells, the McCorkells, the Gilmours, all accommodated the passage of the Irish poor to the New World on their ships. 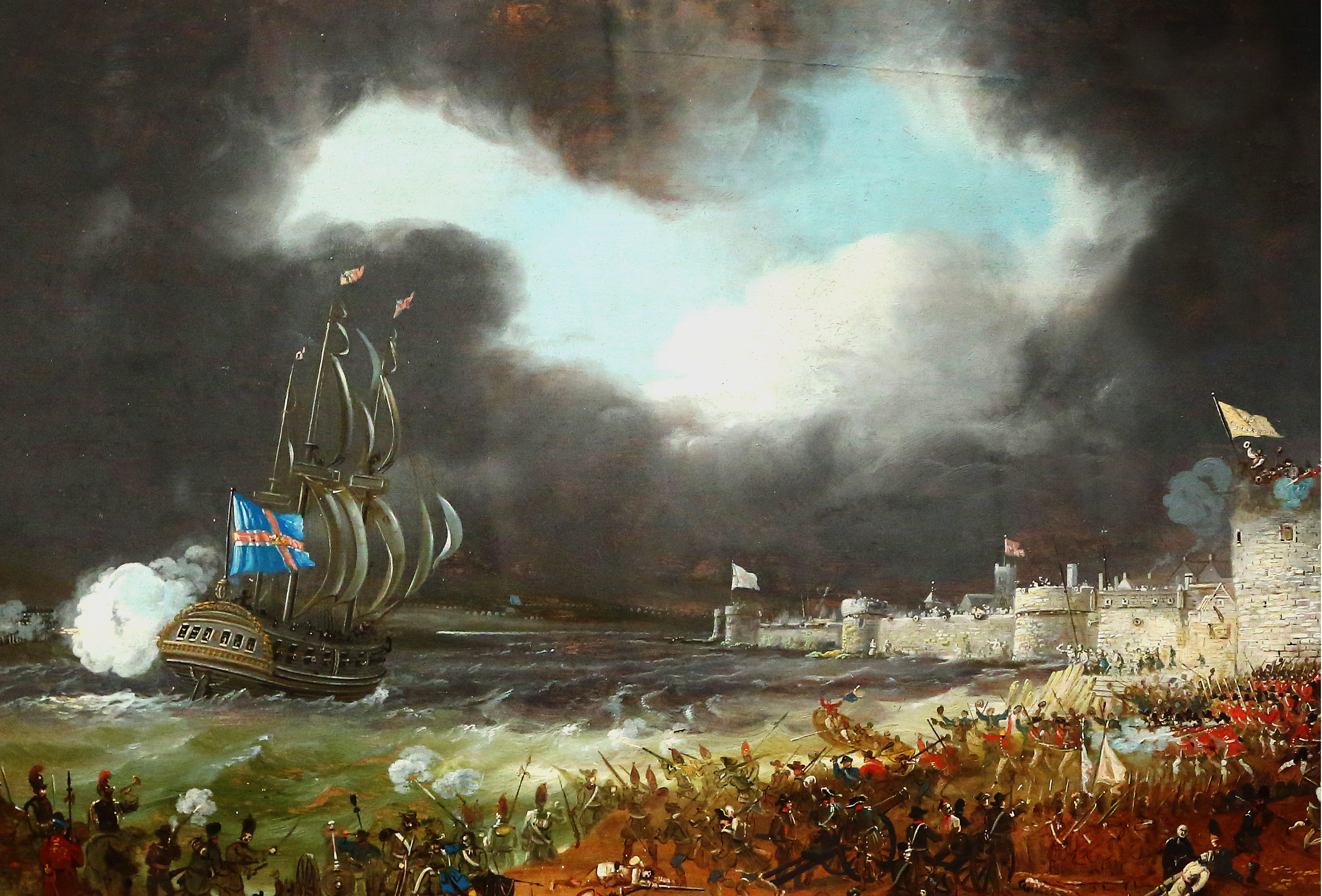 Seamus said: “Many of these families were deeply religious and did their best to look after those travelling on their boats, but they didn’t know then about the spread of typhus. While there were coffin ships coming out of Derry, these family firms couldn’t be accused of that.

“The McCorkells had their ships built in Canada and they were named after characters from Longfellow’s The Song of Hiawatha. One, the Minehaha, was known in New York as ‘The Green Yacht of Derry’. Oil paintings of them all now hang in the reception of Altnagelvin Hospital,” explained Seamus.

The Cookes were owners of the one of the major shipping lines that carried thousands of emigrants from Derry port to North America in the nineteenth-century. Indeed, in the year 1847, at the height of the famine and several years before the city cemetery opened, passengers on Cooke’s liners accounted for 5,000 of the 12,000 who left Ireland through Derry that year.

William Mitchell was born in Hull but came to Derry with his father, a master mariner. They established the Foyle Shipping Line which operated out of the city.

Patrick Gilmour, owner of the Londonderry and Glasgow Steamboat Company, was a philanthropist. His monument is the largest in the cemetery.

On the other side of the cemetery, more modest memorials remember the men who kept the ships sailing. Yet their occupation must have been a source of some pride since it was inscribed on their tombstones. Like John McConnellogue, ‘seaman’ – but whose son Neil was tragically ‘lost at sea’.

Unmarked mass plots for the poor and the mentally ill could well contain the remains of seamen who survived life on the ocean wave but struggled to exist once back on dry land.

Through both sides, Catholic and Protestant, standing to attention, are the war memorials for the soldiers and sailors of the Second World War and nearby a single monument remembering the fallen of the First World War. Along with their names and ages, their roles so essential to running a steam ship – the deck hand, the petty officer, the second hand, the fireman, the stoker, the able seaman. All forever remembered. As the first port encountered, many who died at sea were laid to rest in the City Cemetery. Many more family graves record the deaths of sons ‘lost in action’ or ‘lost at sea’.

Seamus said: “Many of those from Canada and elsewhere had served together during WW2 but were buried apart because of religion. In the Catholic section of the plots maintained by the Commonwealth War Graves Commission is Catherine Williamson, one of the few female war graves. Cathy died in an accident while serving as a Wren in the Women’s Royal Naval Service.

“The Protestant section contains mostly graves of naval personnel. It also has a link to one of WW2’s greatest maritime disasters – and wartime secrets. After the attack on Pearl Harbour and the entry of the USA into WW2, the first shipment of US troops were to cross the Atlantic on the liner RMS Queen Mary. The captain was ordered ‘not to stop until destination reached’. Approaching the Donegal coast, HMS Curacoa was tasked as its escort. The Queen Mary, carrying out zig-zag manoeuvres to avoid U-boats, accidentally cut the Curacoa in half with huge loss of life among the crew of the much smaller vessel. Many of the dead were brought to Derry in great secrecy and some of them are buried here.”

The ships that brought the Irish in their thousands to New York and beyond, returned with a different kind of cargo – timber, flour and most importantly for Derry’s burgeoning shirt factories, cotton.

Without access to the boats, the resources to stoke the city’s industry just simply wouldn’t have existed. And once the shirts, the whiskey and everything else had been produced, the ships once again brought the goods to the wider world.

“The City Cemetery is a who’s who of anyone to do with the sea. From merchant seamen, to naval sailors, to US Vietnam veterans, to dockers and dockers’ union men. Derry’s maritime history is here for all to see,” said Seamus.