Michael Creed, minister for agriculture, food and the marine has announced details of a €28m capital investment package for the ongoing development of Ireland’s local authority owned small harbour network. 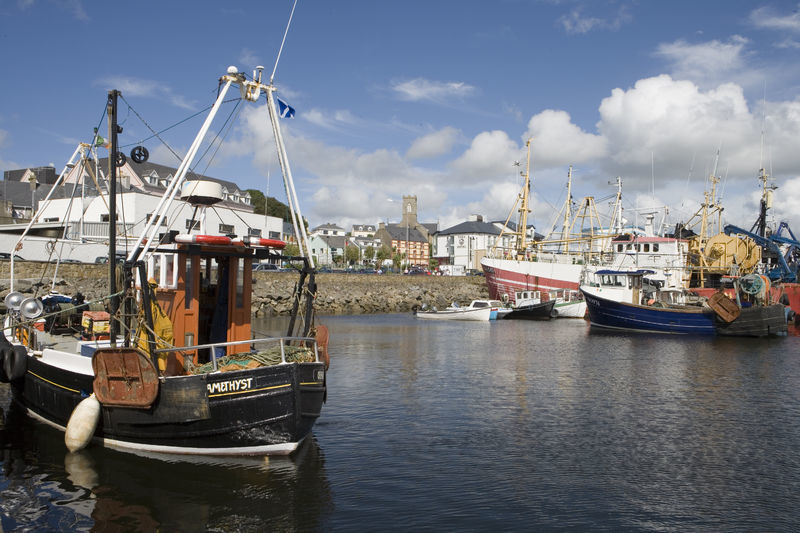 New funding will be a considerable boost for Killybegs Harbour

In announcing the initiative the Minister said “The €28m I am allocating for the 2017 Fishery Harbour and Coastal Infrastructure Capital Programme represents a significantly increased  capital investment in the six Fishery Harbour Centres and other fisheries related marine infrastructure. It is testament not only to this Governments ongoing commitment to the Seafood sector, but also to the success of the sector in terms of increased activity levels.”

The Minister said “I have set aside almost €25.5m towards development works, safety and maintenance at the six fishery harbour centres which account for around 85% of all fish landed into Ireland. I have also proved €2.5m for a Local Authority Harbour Development and Marine Leisure programme to assist coastal Local Authorities in the repair and development of small scale piers, harbours and slipways under their ownership.”

Flagship projects in the 2017 Capital Programme include major quay extensions at Castletownbere, Killybegs, and Howth. Also of note is the dredging of the navigation channel in Dingle, the completion of the Small Craft Harbour in Ros an Mhíl and the West Wharf  upgrade in Dunmore East.

The Minister concluded by saying “This €28m investment will build on the €64m invested in the Fishery Harbour Centres since 2010 and the €23m invested in the Local Authority infrastructure over the same period. It continues to improve the facilities at our Fishery Harbour Centres and other public harbours around our coast attracting increasing and additional economic activities,  benefiting a broad cohort of current and future harbour users including the fishing industry, seafood processing sector, other ancillary marine industries, and the wider rural coastal communities”.