Decades old waste is coming back to haunt the east coast as erosion along a 200m stretch of Bray shoreline has revealed toxic waste from a former landfill. 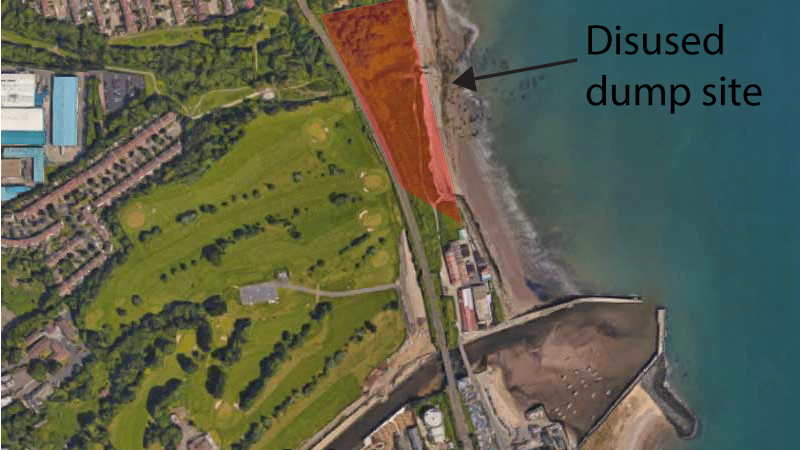 The contents of the disused landfill which include extremely hazardous asbestos, rusted metal, plastics and bricks are spewing out on the Bray coastline and falling into the sea.

The former Local Authority landfill located north of the harbour wall contains over 200,000 tonnes of rubbish including toxic and hazardous waste. The dump was closed in the late 1980’s and sealed with topsoil put in place but coastal erosion has begun to unearth the edges of the site and spew our decades old waste onto the beach and into the sea.

An assessment was carried out by Wicklow County Council in 2005 after a report that the dump had begun falling into the sea by Coastwatch. The assessment concluded that the waste could amount to as much as 48,000 cubic metres of waste.


But a recent report by environmental consultants Fehily Timoney for Dún Laoghaire-Rathdown County Council revealed that this number could be closer to 104,000 cubic metres of waste. The report uncovered that the dump includes asbestos tiles and excessive levels of ammoniacal nitrogen, potassium and manganese in the groundwater.

This issue was raised in the Dáil earlier this year by Wicklow TD John Brady of Sinn Féin. A management plan to contain the waste is now being drawn up.

Regular inspection and monitoring of the situation on the beach are being carried out by Dún Laoghaire-Rathdown County Council, Wicklow County Council and Woodbrook Golf Club.