Found around most parts of the Irish coast these huge stone EIRE signs were a declaration of our neutrality and also a somewhat less than neutral navigational aid for overflying Allied airmen to whom the numbered locations were useful guide points during their World War 2 missions. 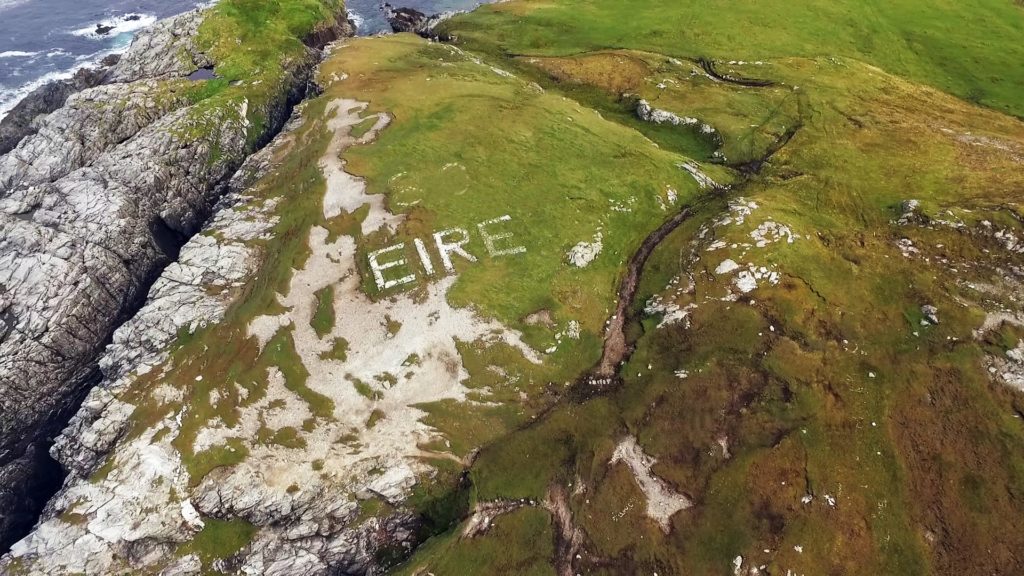 The stone EIRE signs are now certainly a unique part of our landscape and tell an important part of the story of our World War 2 neutrality.  After the war had ended, however, many of these signs were removed. Farmers used the stones for wall building, they became defaced or just faded into obscurity. But their story is one worth remembering and their physical structures, along with the affiliated Lookout posts, are worth preserving.

In 1939 the Coast Watching Service was set up to monitor and record aggressive activity around our coast. Eighty-three Lookout posts (LOPs) were set up at strategic locations from Ballagan Head in Louth (no. 1) to Inishowen Head in Donegal (no. 82) and the final one no. 83 was then added in Foileye, County Kerry.

From 1939 to 1945 these locations were monitored 24 hours a day by two men teams. At first accommodation was pretty poor, just a tent, but then a number of permanent standard pill box structures were built to house the watchers. These LOPs became vital sites for intelligence gathering. All marine and aircraft activity was noted with incredible detail in logbooks and any major activity was transmitted to Defence Forces headquarters for analysis. 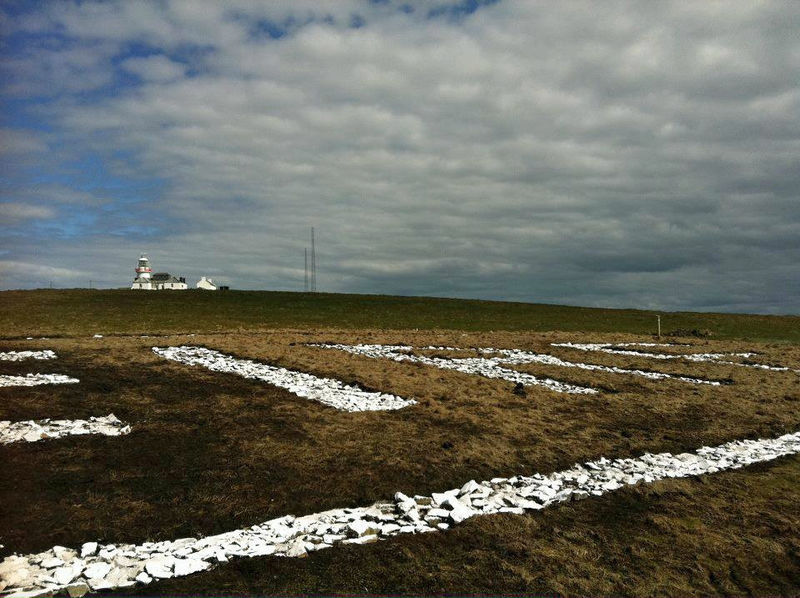 As the war raged on the number of aircraft flying over Ireland began to increase and a growing number of these planes were crashing  down on Irish soil or being forced to land due to the pilot losing their bearings or running low on fuel. In 1943 the Coast Watching Service began to construct these giant stone EIRE markers close by to the LOPs, mainly along the west coast. These signs were 12m by 6m and were built with up to 150 tons of white washed stones embed in concrete.

These acted as a declaration of our neutrality so pilots knew they were now flying over neutral territory. Shortly after they added the number of the huts as to aid navigation, however, a list of the locations and corresponding numbers were given to Allied pilots.

After the war ended, the signs no longer had a function, many were dismantled or left to fall into disrepair. Now some are being restored with help from local communities who see their historic importance and wish to preserve them for future generations. 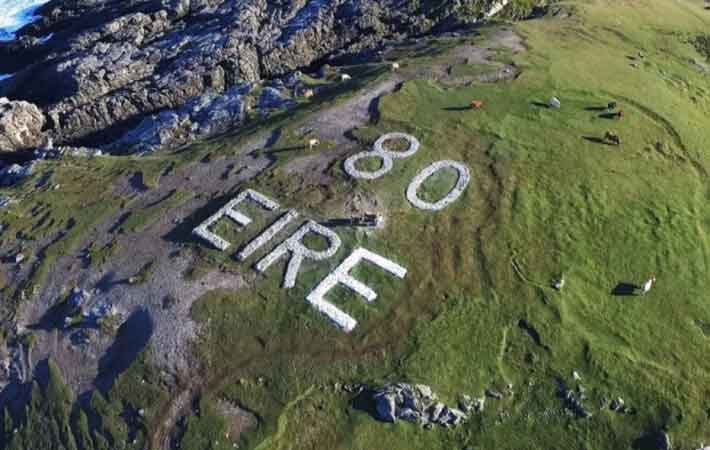 In 2015 a sign at Malin Head was restored by the Malin Head Community Association in Donegal carried out by the Malin FAS Scheme. A number of initiatives around the country are now restoring the white washed stone markers with the help of the local community. There are also hopes to restore Lookout Posts (LOP) as well.