A recent fire on Bray Head has revealed a Second World War EIRE sign. In 1943 the Coast Watching Service began to construct these giant stone EIRE markers close by to the Lookout Posts dotted around the Irish coast. These signs were 12m by 6m and were built with up to 150 tons of white washed stones embed in concrete. 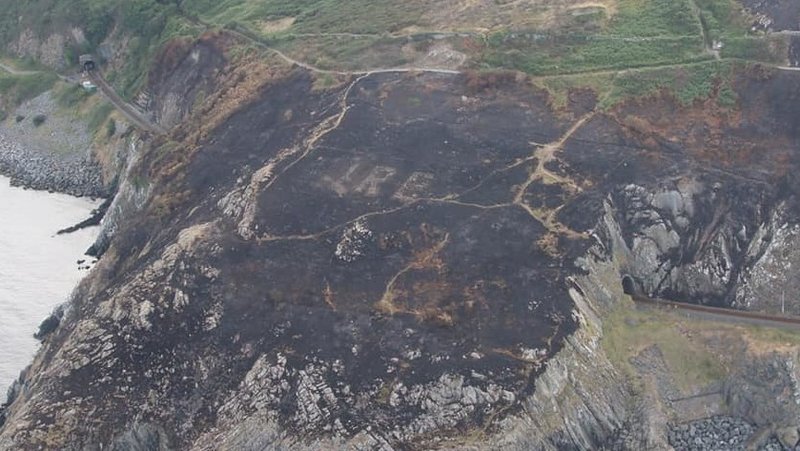 These huge stone signs were a declaration of our neutrality and also a somewhat less than neutral navigational aid for over flying Allied airmen to whom the numbered locations were useful guide points during their World War 2 missions.

A Garda Air Support Unit crew spotted that the fire on Bray Head has revealed an “EIRE” sign dating from the Second World War.

We see these around the coastline but haven’t seen this before. pic.twitter.com/I6cwIrIori

The discovery of the sign was made by the Garda Air Support unit crew as they were flying over the Head. There is a Lookout Post located on the coast between Bray and Greystones but this Eire sign was previously unknown.