A piece of Irish maritime heritage was uncovered yesterday when a group led by local historian Michael Fortune rediscovered the lost Look Out Post marker No. 11 at Cahore Point, Wexford.

Working off maps and local information, Michael led the team of locals and enthusiasts from further afield in the fairly miserable January weather to the spot where he thought the sign was most likely located. After some work, the group exposed the stones making up the number 11 with some of the stones retaining fragments of the original whitewash. 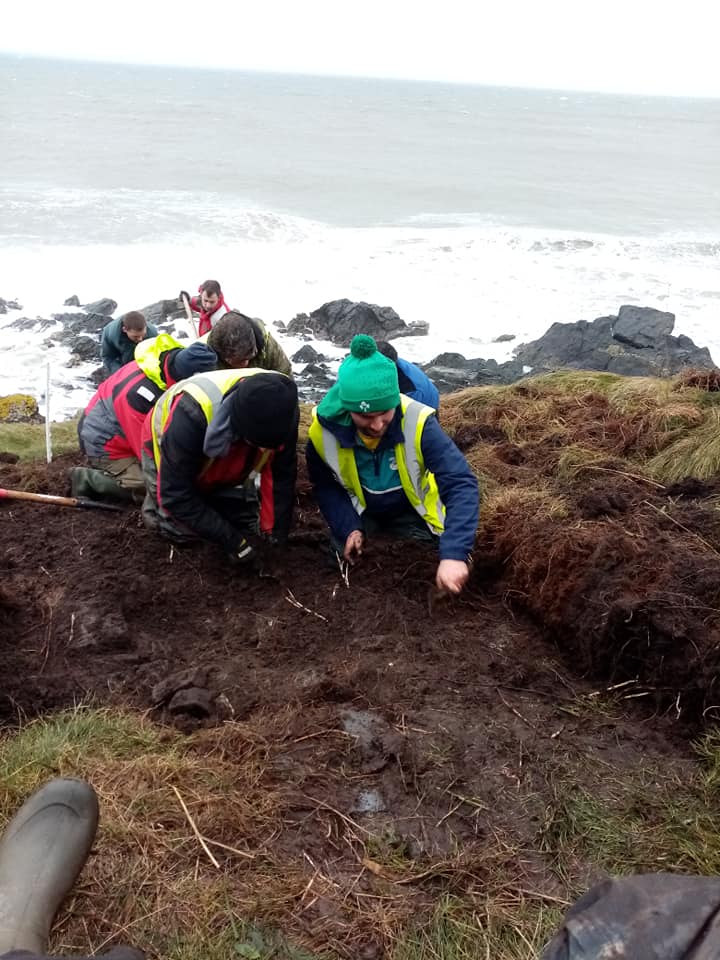 Most of the stones of the ÉIRE sign that would have been located right next to the No. 11 marker were known to have been removed many years prior and the exact location of the site was mostly forgotten until Michael Fortune began his research after being shown an image of the sign taken by an American aircraft during World War Two. 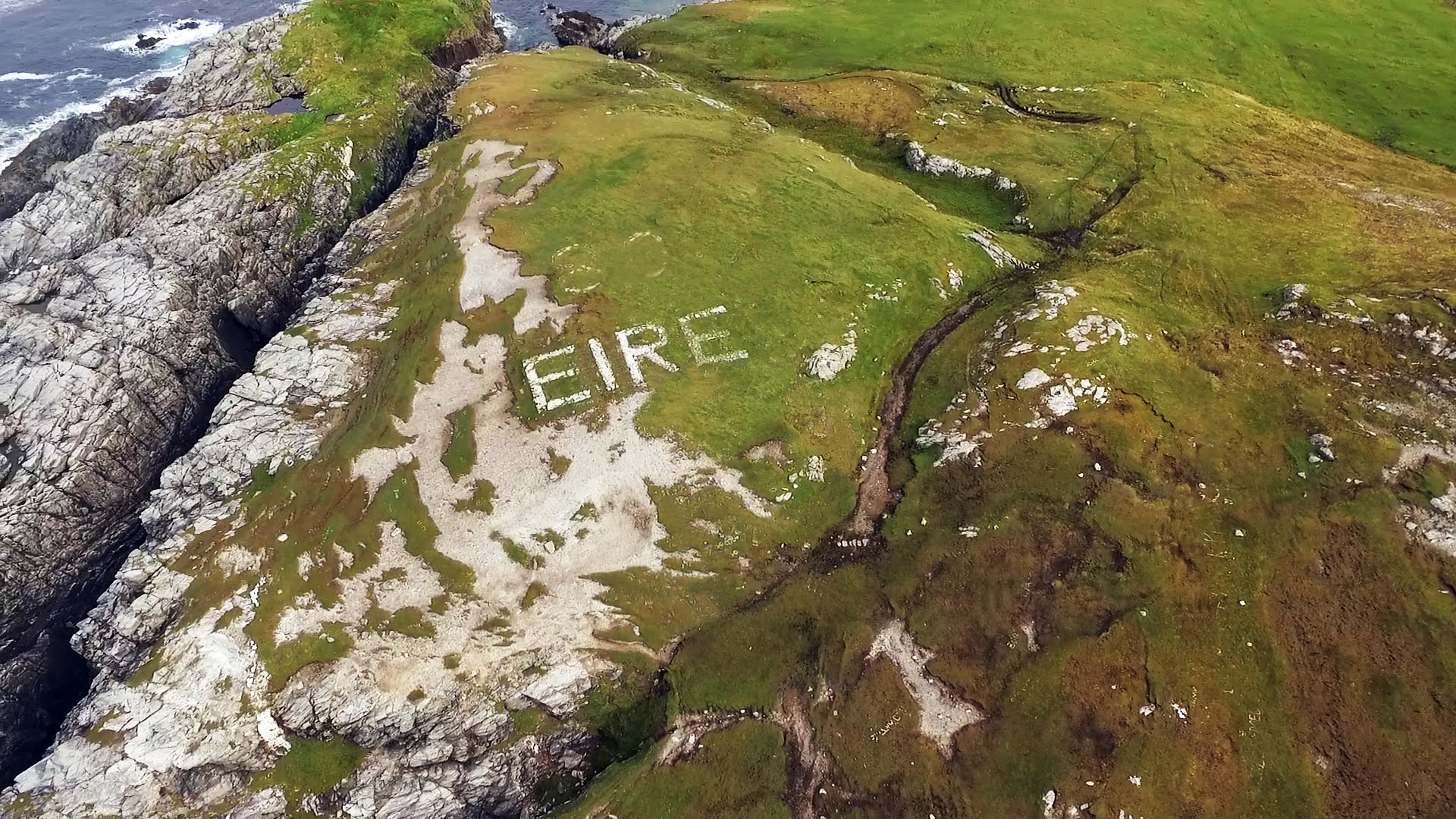 These giant Éire Signs and corresponding numbers were erected around the Irish Coast during the Second World War and now form a unique part of our landscape, telling an important part of the story of our World War Two involvement. Found around most parts of the Irish coast these huge stone EIRE signs alerted pilots that they were flying over neutral territory.  A list of the locations and corresponding numbers were given to Allied pilots to aid with navigation.

The signs were built beside 83 Look Out Posts dotted around Ireland’s coastline, from where 24 hours a day monitoring took place by the newly established Coastwatching Service from 1939 to 1945. These Look Out Posts became vital sites for intelligence gathering. All marine and aircraft activity was noted with incredible detail in logbooks and any major activity was transmitted to Defence Forces headquarters for analysis.

After the war had ended many of these signs were removed. Farmers often used the stones for wall building and slowly they became defaced or just faded into obscurity. But their story is one worth remembering and their physical structures, along with the affiliated Lookout posts, are worth preserving. 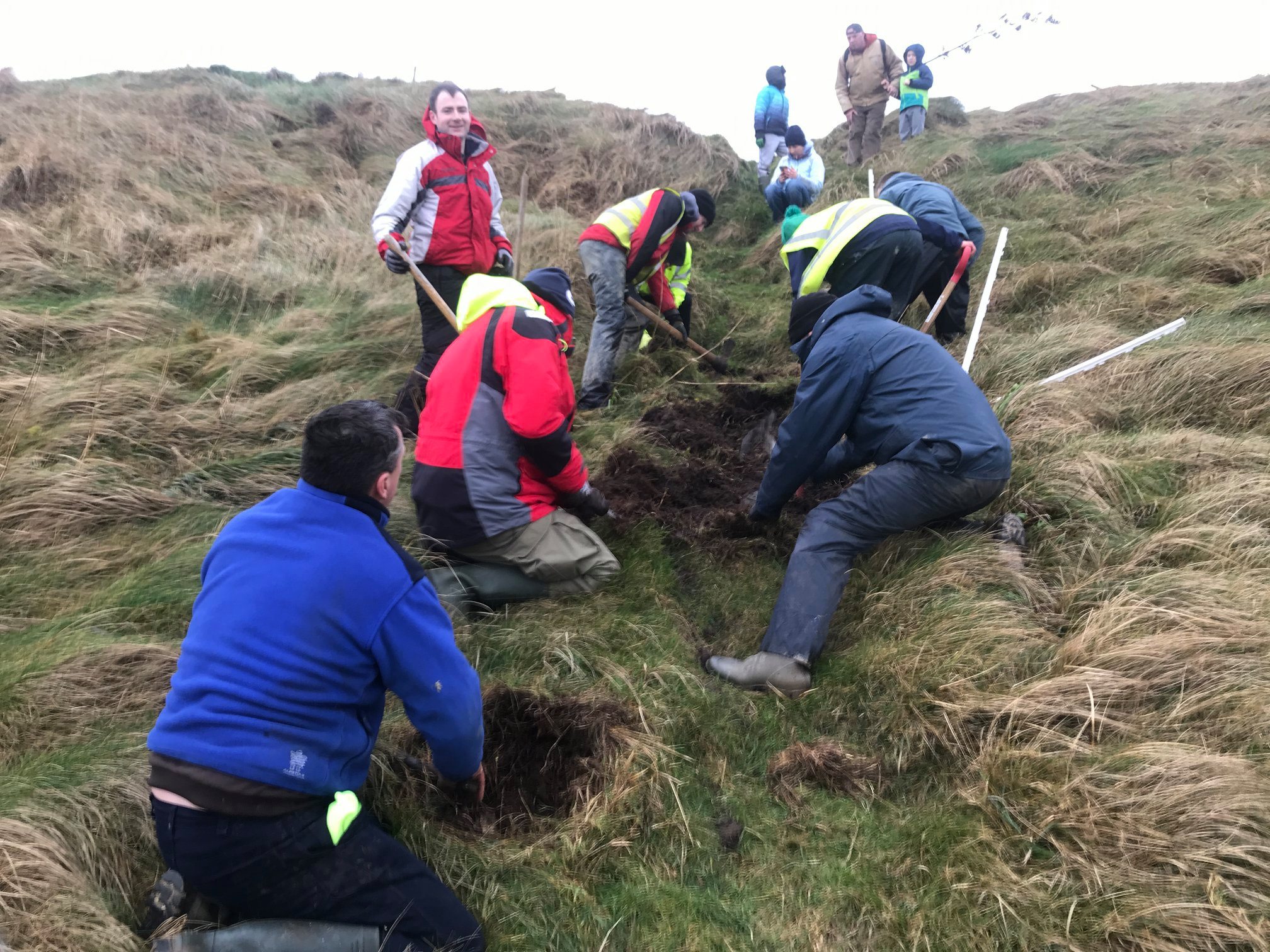 In recent years, local groups around Ireland have been instrumental in the rediscovering and restoration of these important pieces of our coastal heritage. Recently, another one was discovered after a fire on Bray Head and restored and another one as Hawk Cliff in Dalkey was restored by the local Tidy Towns group.

The team down in Wexford hope to visit the site again soon in better weather and continue their work.