The Dun Laoghaire RNLI all-weather lifeboat was launched on Saturday afternoon following a request from the Irish Coast Guard, to assist an 18ft speedboat with three people onboard which had reported engine failure half a mile north of Dun Laoghaire Harbour’s West Pier. 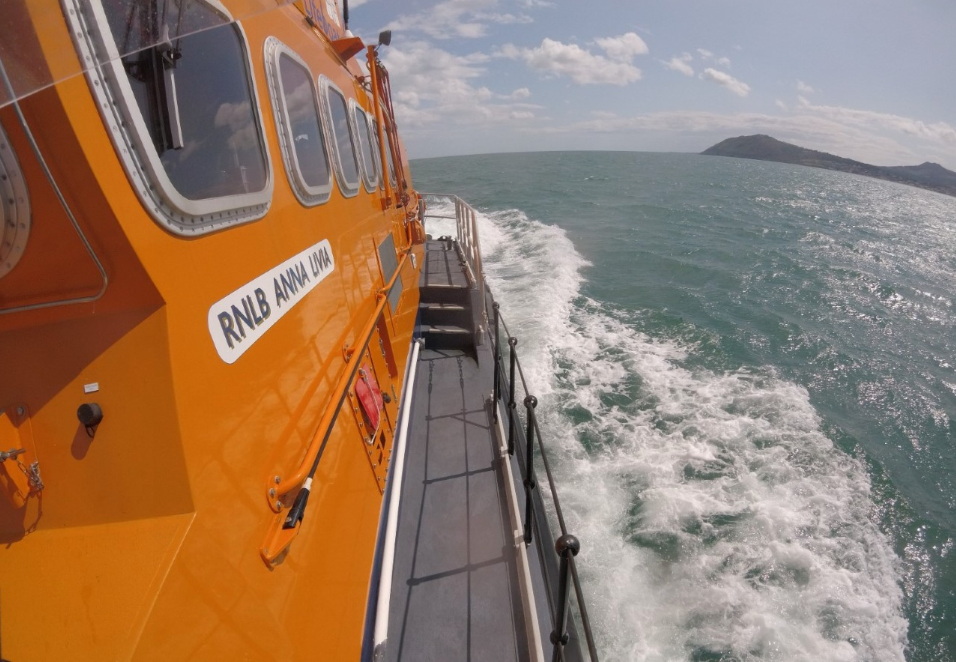 Weather conditions at the time were described as good with a light wind and good visibility.

Speaking following the call out, Mark McGibney, Dun Laoghaire RNLI lifeboat Coxwain at the time said: ‘The casualties did the right thing calling for help once they knew they were in difficulty. I would like to take this opportunity to remind everybody to make sure that their vessel engines and safety equipment are checked and in working order before taking to the water.’

‘Dun Laoghaire RNLI remains on call and is fully operational during the Coronavirus pandemic. While there is no crew training or exercises taking place, our volunteers are here if people need us.’