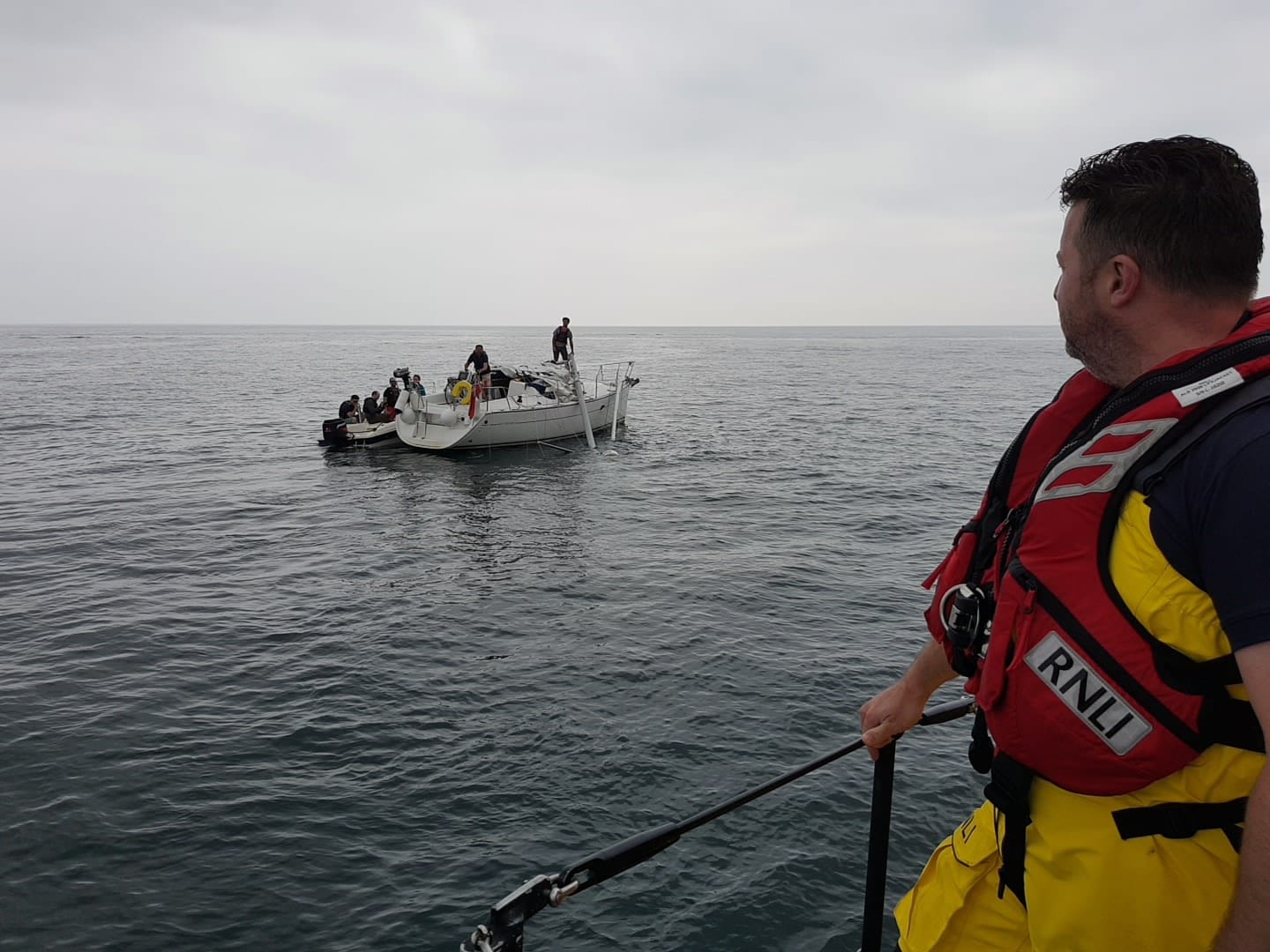 The volunteer lifeboat crew was requested to launch the all-weather lifeboat (ALB), the Anna Livia at 2.15pm yesterday afternoon. The skipper aboard the yacht was able to call the Coast Guard, as he had a backup VHF radio.

Once on the scene, the lifeboat volunteer crew checked that the skipper was safe and uninjured. He and his yacht were then towed back to Dun Laoghaire.

‘In this situation where the yacht unexpectedly dismasted. The skipper was able to alert the coast guard, as thankfully he had a backup handheld VHF radio. It is also essential to always carry a means of communication’.