The plans for the Dun Laoghaire baths, recently set in stone, have just been nailed to the facade of the long disused building. 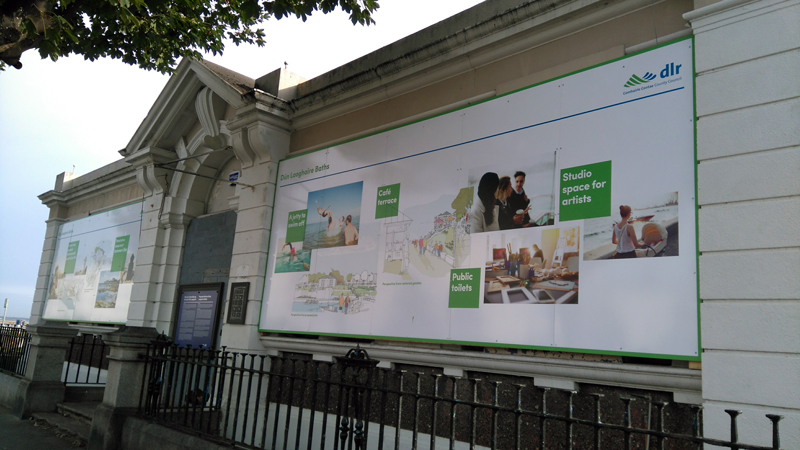 It’s a welcome reminder that work is soon to begin on this overdue development. Construction will begin early 2017 and is set to be finished by summer 2018. With a cafe and other visitor-friendly public amenities, the plans look like they could breath even more welcome vitality into the Dun Laoghaire seafront. 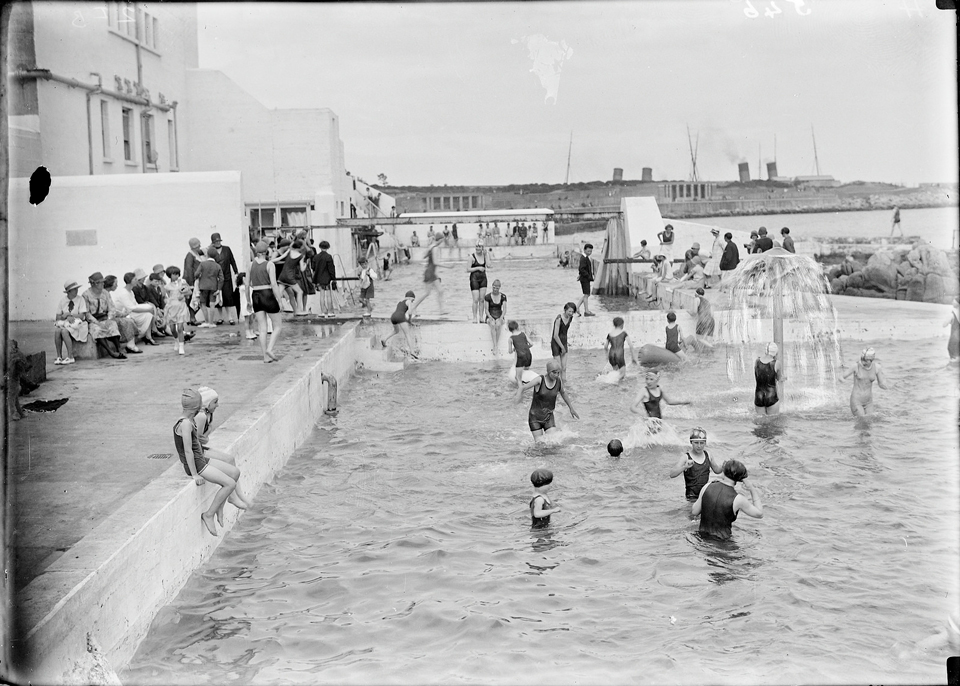 Former glory – the baths in use c.1920. Image National Library of Ireland

The Royal Victoria baths – as they were originally called – were built in 1843 and became one of the most popular bathing sites in the country. The baths provided various bathing options from fresh or sea water, hot or cold to a range of medical baths including sulphur and seaweed. 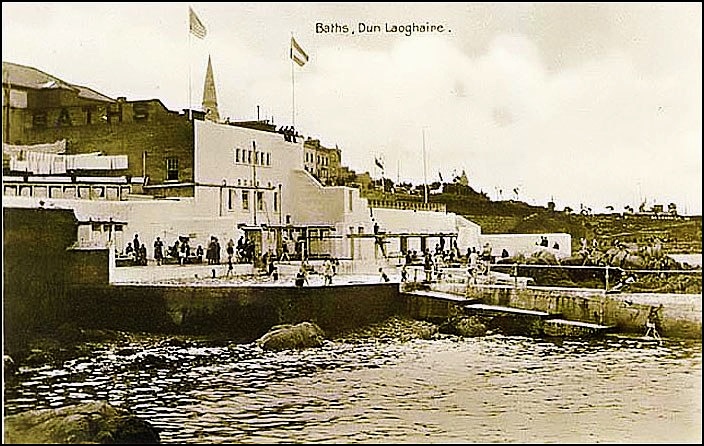 The baths went through a series of rebuilds and renovations throughout the years and in the 1980’s Rainbow Rapids water park, now fondly remembered by many, was opened. When this closed in the mid 1990’s the baths fell into disrepair and became derelict and have stood empty ever since. 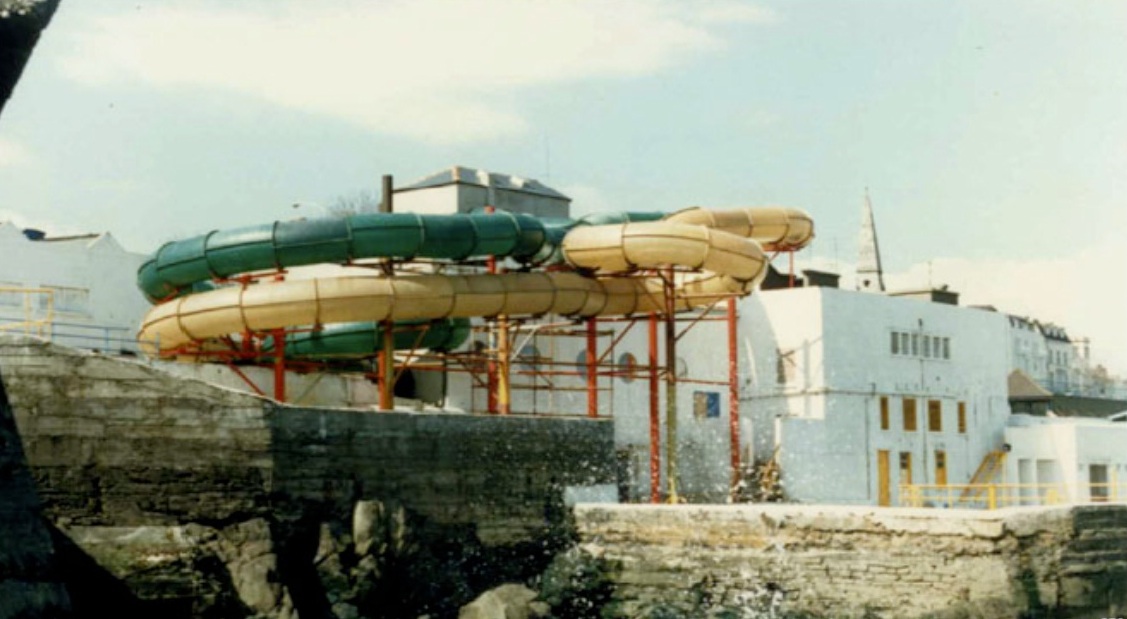 Over the years a number of redevelopment plans have been put forward including a €140 million plan to build an eight-storey building with 180 apartments. Perhaps for the best these plans fell through leaving us now with a development that will bring together the seafront area from Sandycove to the Pier. 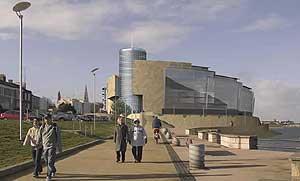 The new and finalized Dún Laoghaire-Rathdown County Council plan looks like it could really breathe new life into this relic of the past and create a new and exciting experience along the Dun Laoghaire promenade. 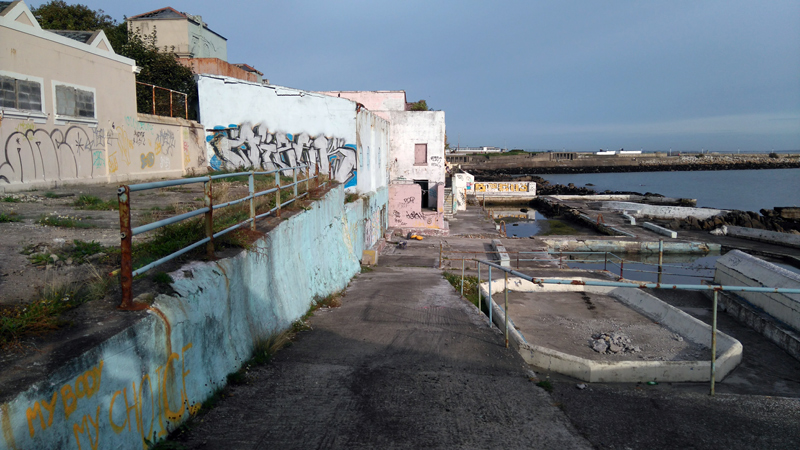 Derelict and Decaying The baths as they are now

The People’s Park is already a bustling hub of activity on the weekend with the popular markets, should this footfall merge with the new seafront development, the area could become Dun Laoghaire’s most popular destination, especially on those long sunny summer days. 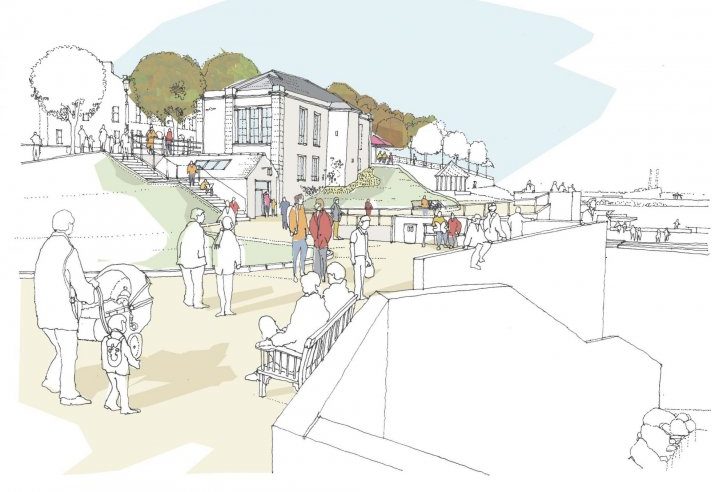 The scheme will retain the existing Baths Pavilion for artist workspaces and a gallery café. A new jetty will be built to provide access to the sea from swimming and as a landing point for kayaks and canoes. The area will be landscaped with new trees to be planted and will have a walkway joining the East Pier to the People’s Park and the Sandycove promenade. This will no doubt become one of the best places to have a coffee as you relax and enjoy the beautiful panorama of Scotman’s Bay. 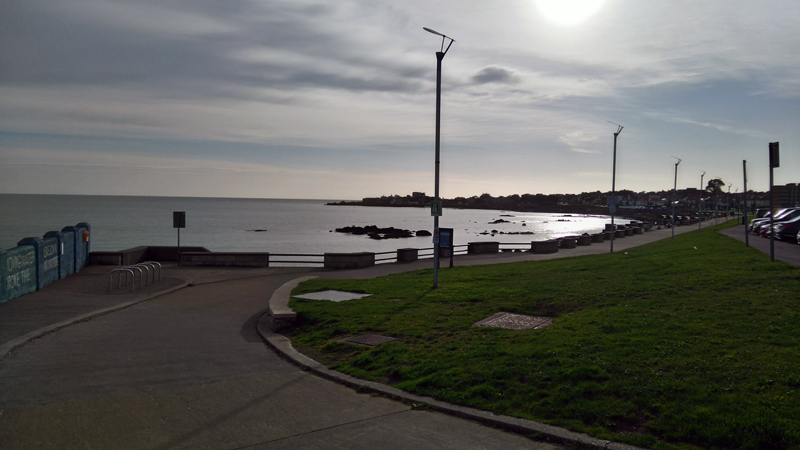 The promenade from from Sandycove

The new baths development will be a welcome addition to the Dun Laoghaire seafront when completed in the summer of 2018.