Sinead McCool, the Dublin Fire brigade and the DSPCA were the heroes today as they combined to rescue a stranded cat from the River Liffey.

Strolling to work this morning Sinead McCool saw a cat chasing a plastic bag on Burgh Quay. But trouble began for the little cat when it jumped over the wall on the banks of the Liffey in hot pursuit of the escaping bag.

Rescue in operation at River Liffey on Burg Quay. Cat stranded on ledge 20ft down @DubFireBrigade & #dspca at the scene pic.twitter.com/SYMPCeme0c

The cat fell 20 ft into the water but managed to swim to a small ledge at the edge of the river.

Sinead quickly alerted the emergency services and the Dublin Fire Brigade and DSPCA were promptly to the scene and assessing the situation. 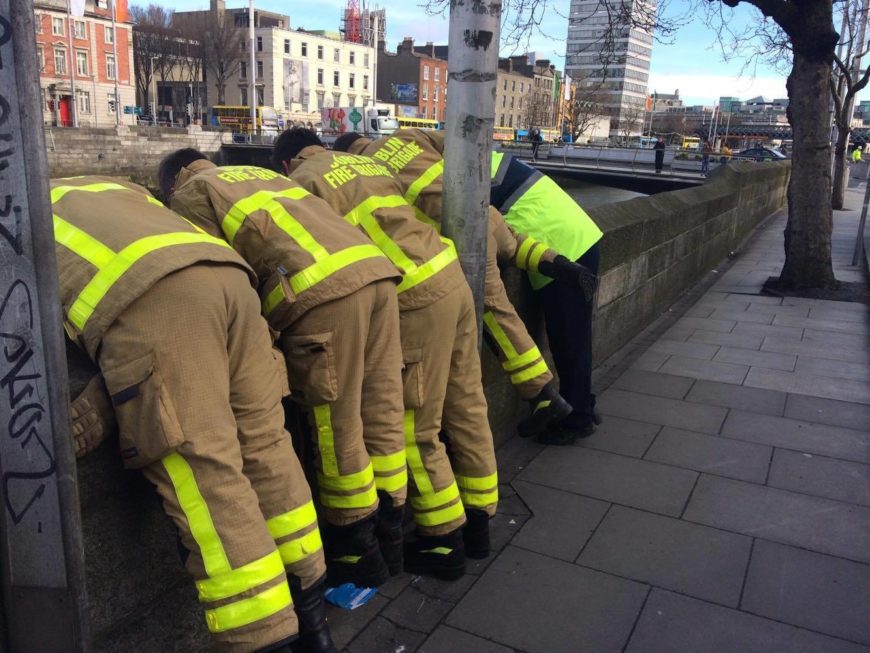 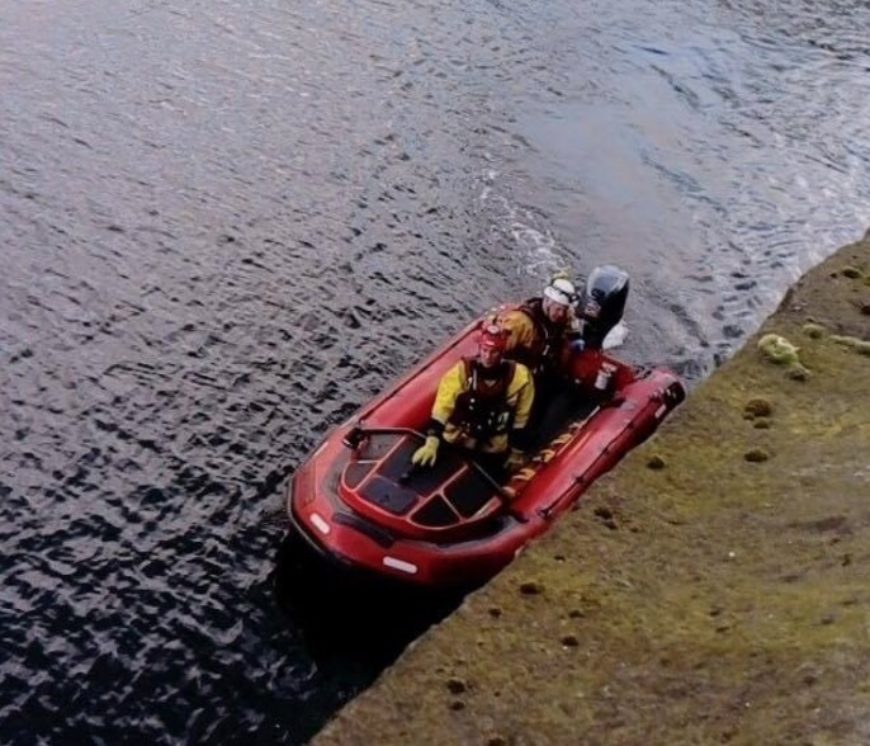 A boat was sent in to assist and they managed to rescue the very damp kitten from the ledge. The mission was an unqualified success! 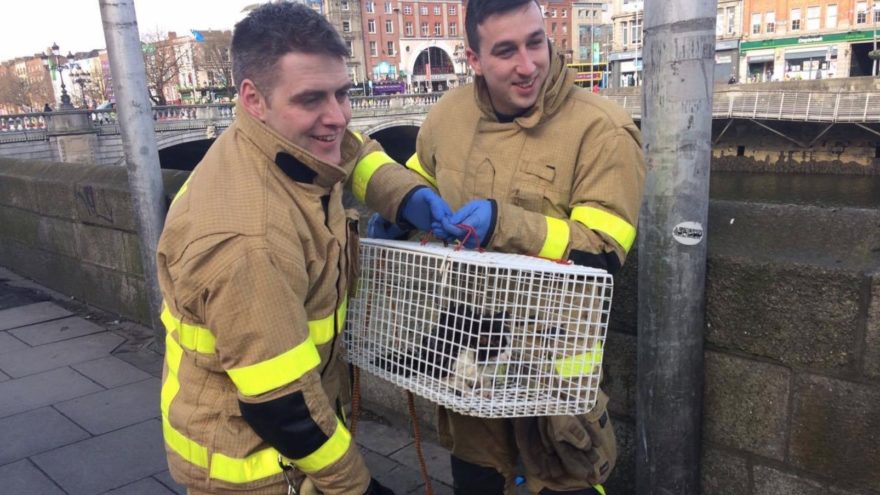 And that’s a wrap… huge thank you to @DubFireBrigade for rescuing this little kitty from the Liffey. pic.twitter.com/REzJVfH5p6