Believe it or not, these surreal pictures below aren’t photoshopped or part of some art project. These are examples of the beautiful and slightly bizarre ‘dazzle camouflage’ that was used during the world wars to confuse enemies encountered out at sea. 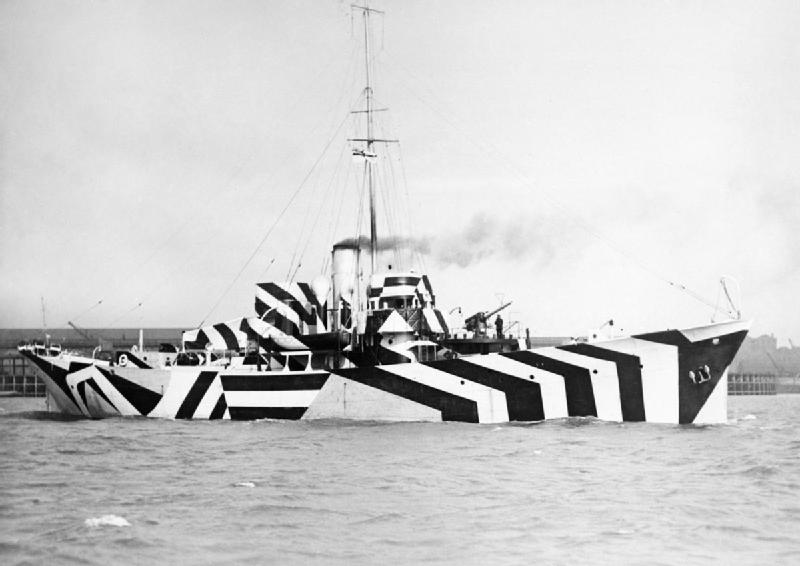 The waters around the Irish Sea and the Atlantic Ocean were a treacherous place during the first and second world wars. They were patrolled by German U-boats and no one was safe, not even civilian ships which were frequently caught up in the action, suffering huge and unnecessary losses.

But people and goods needed to travel so creative thinking was required to safeguard ships from attack and so camouflage, which had a long history of effective use on land, was employed.

Blending completely into the background was not on option; water levels, sky colour, cloud cover and weather conditions were constantly changing factors. So the military needed to get inventive. 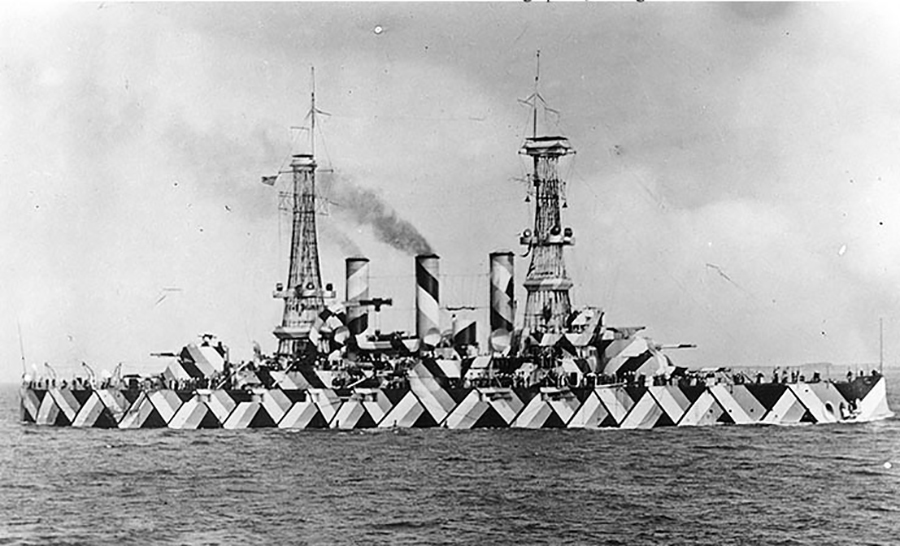 Instead of hiding the ships they decided to make them hard to target: confuse not conceal. By painting the ships in a series of geometric shapes in complex patterns and contrasting colours it made it difficult to judge the angle, speed and distance the ships were travelling. It was hard to tell whether the ship was coming or going.

The aim was to mislead and dazzle camouflage only needed to throw off the gunner by as little as 8 degrees for a torpedo to miss its target. 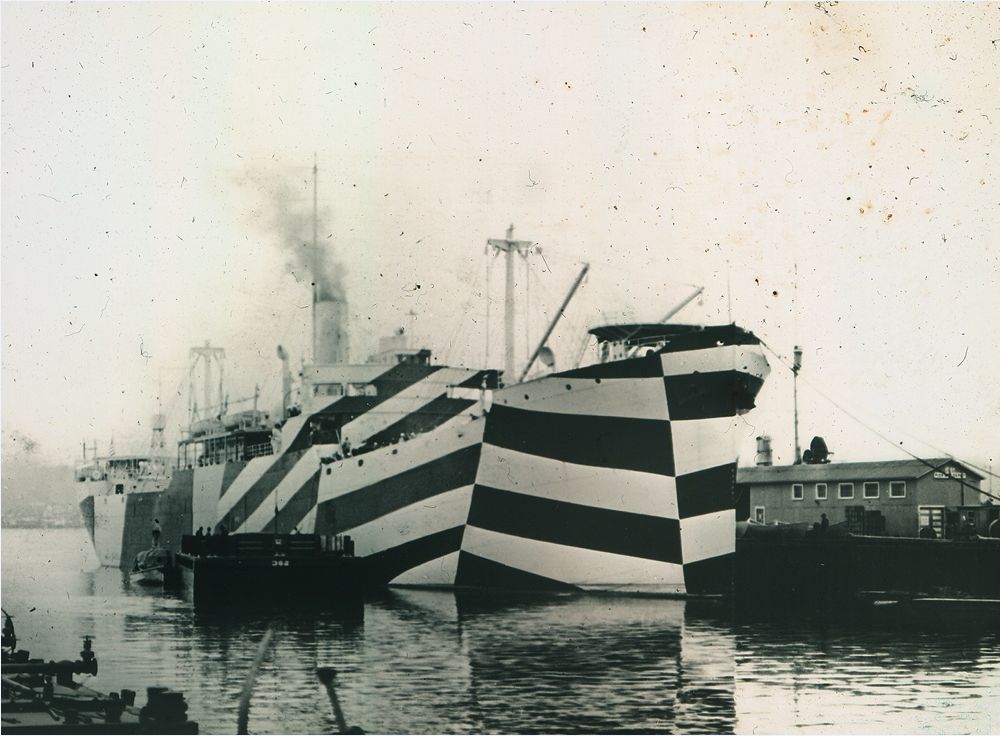 This solution was credited to British marine painter Norman Wilkinson and was extensively used in the first World War but less so in the second. It’s a form of disruptive camouflage and can often be seen in the animal kingdom. Zebras are a good example; when standing in a group their stripes make it hard for a predator to distinguish one from another.

They made models of ships with the designs and brought in experienced gunners to look down a scope and see if they could correctly judge the position of the model.  In some cases, the gunner got the position wrong by as much as 55 degrees. 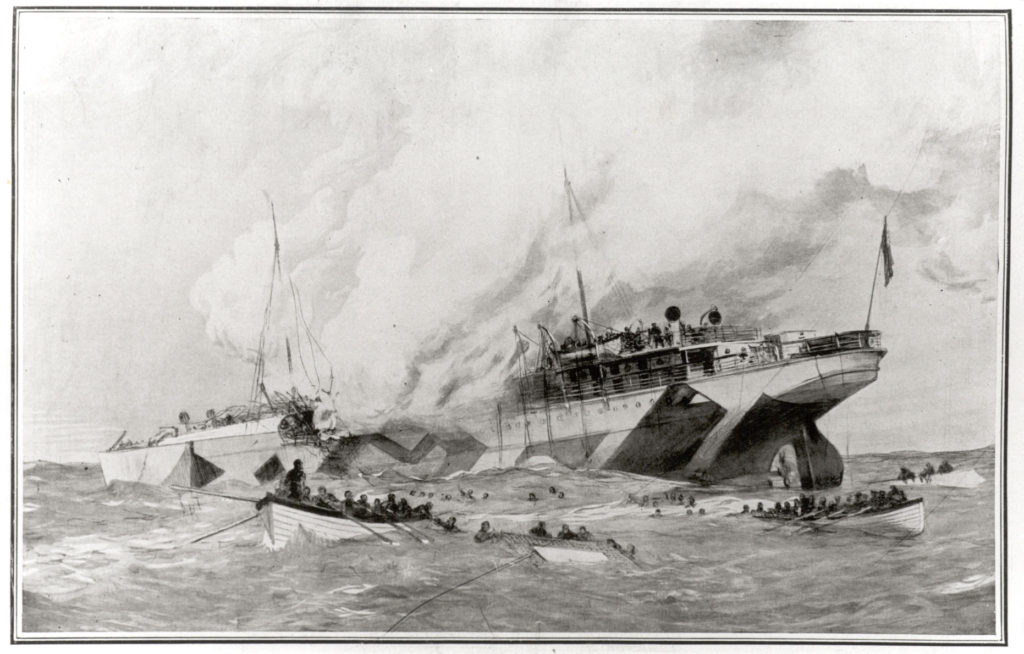 A painted RMS Leinster going down

More than 1200 ships were painted during the first world war including several Irish ships such as the RMS Olympic, the sister ship to the Titanic, and mail boat RMS Leinster. As to the success of dazzle camouflage, the results were unclear. The Leinster was painted in dazzle camouflage when it was sunk by a torpedo on 10th October 1918.

Dazzle camouflage was used to a lesser degree in the second World War and then ultimately disappeared from maritime usage.