All Dubliners and dart goers will be familiar with the iconic sight of Dalkey Island at the edge of Dublin Bay with its Martello tower and ruins of a small church. 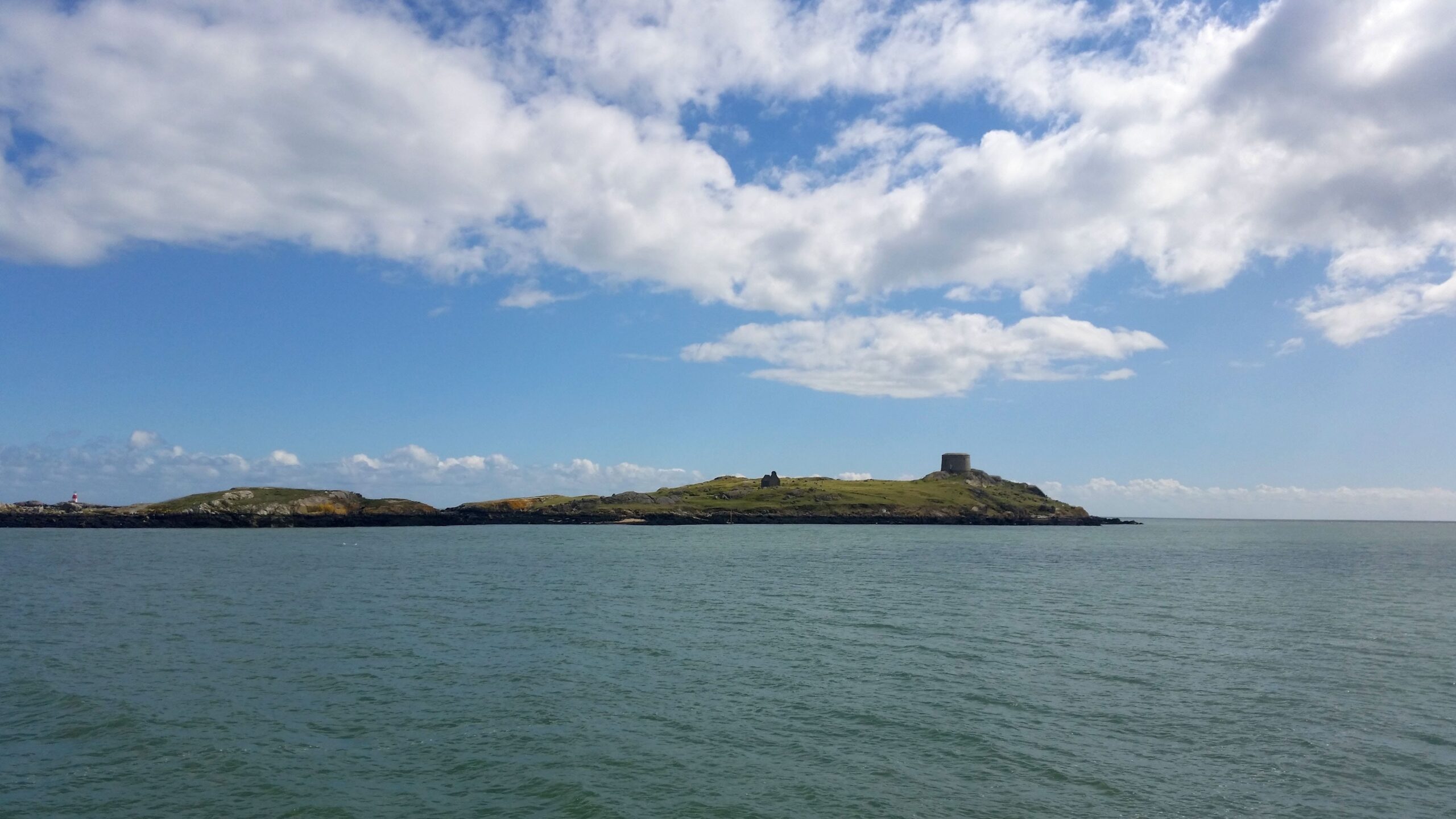 A familiar sight close to shore

Located around 400m off the coast a short hop on a boat will bring you across to the uninhabited island. But the island is anything but and is a brimming with a diverse range of wildlife. 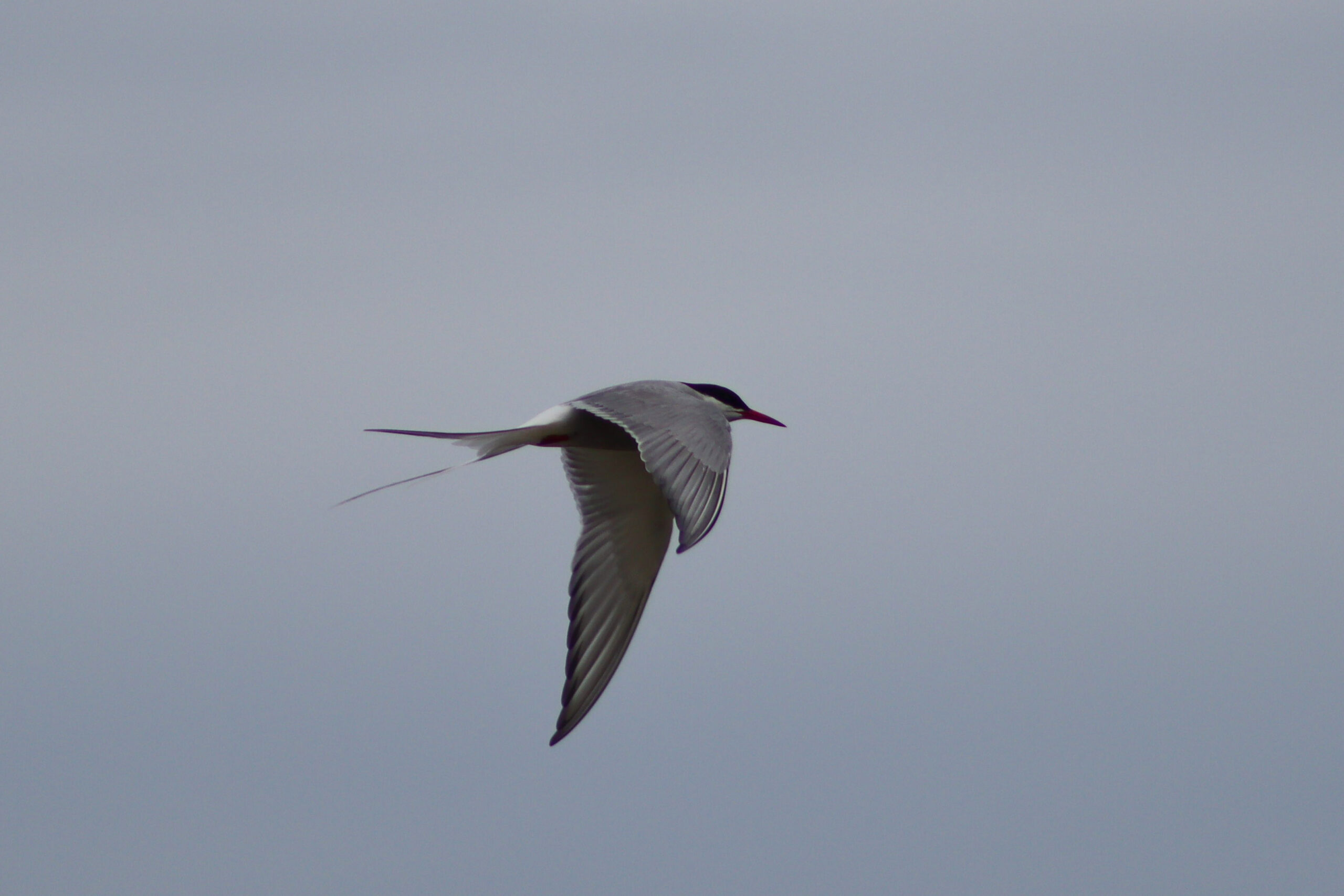 Watch over head as Terns swoop and dive

For a small island it has a far reaching history dating back all the way to prehistoric times with evidence of early occupation in the Mesolithic, Neolithic, Bronze Age, Viking and early Medieval periods. 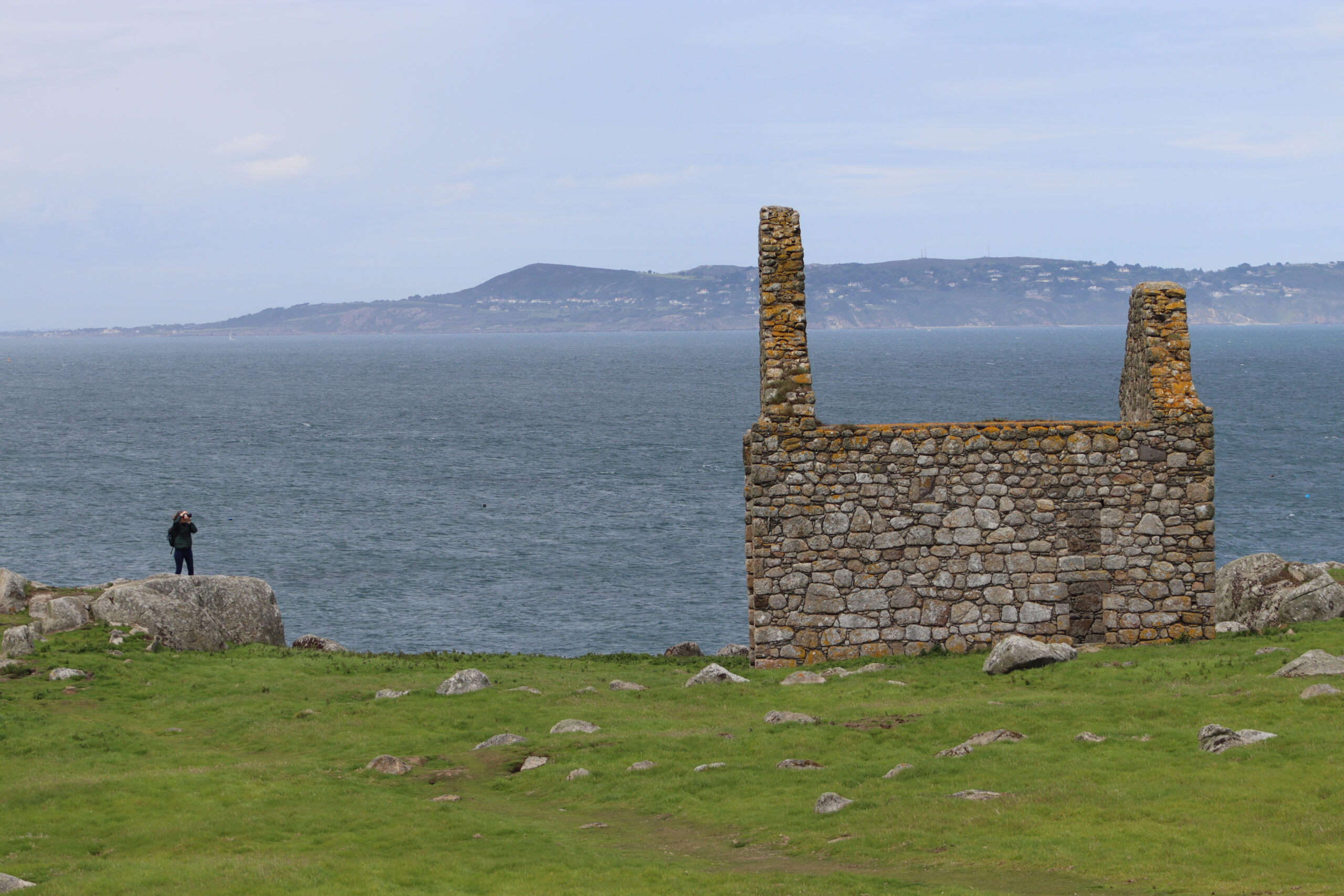 The ruins of the small church St Begnets dates to around the 7th century. The Martello Tower at the southern end was one of a number of towers built along the Irish coast in the early 19th century as defensive structures from the threat of French invasion. 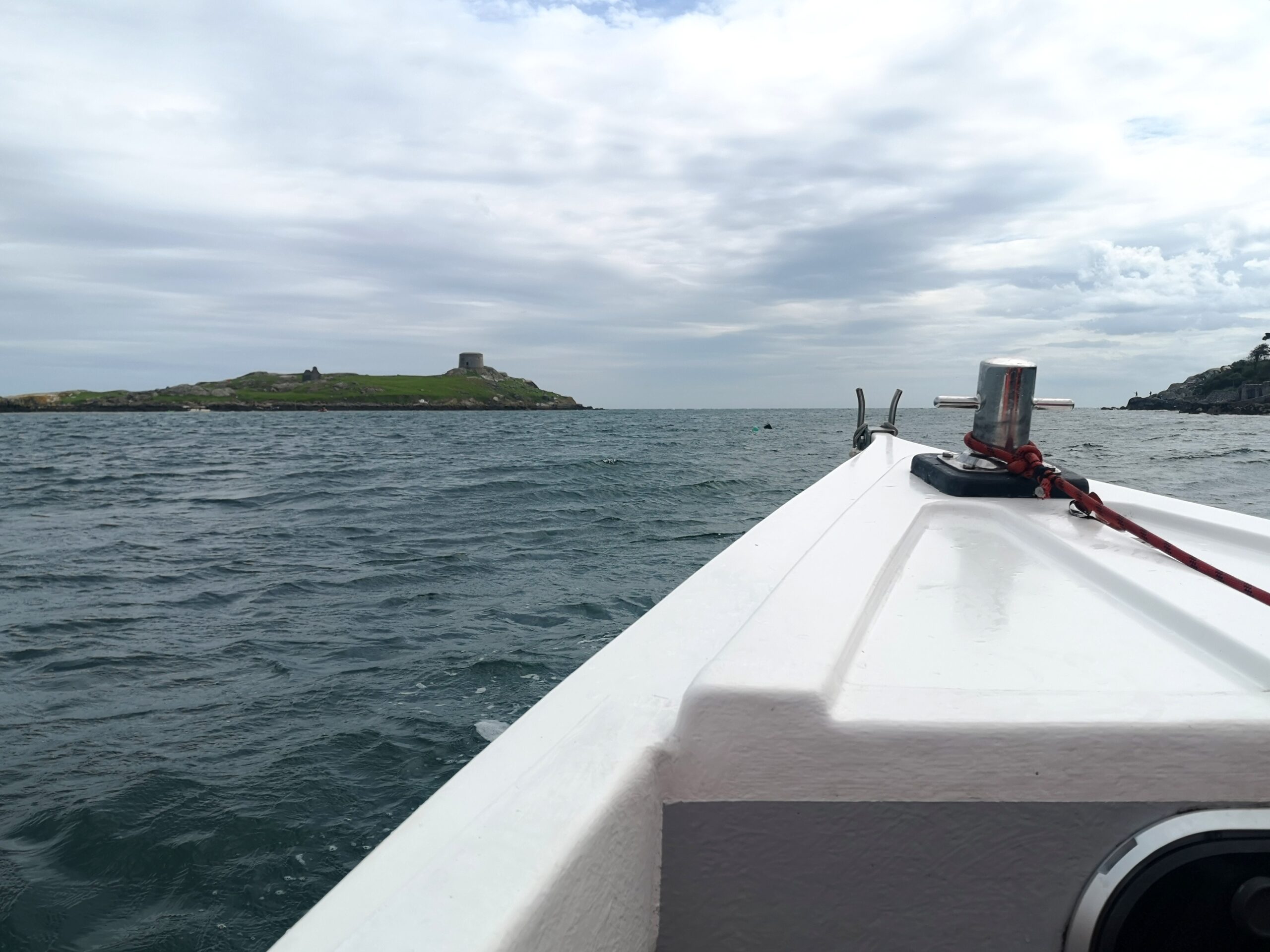 Short and sometimes bumpy trip to the island

Sealegs are not required for the extremely short boat trip from Coliemore Harbour which overlooks the island. Even from the harbour you can get a glimpse of life dwelling the island. From ducking and diving seabirds, to the resident lazy grey seals chilling at the seashore. 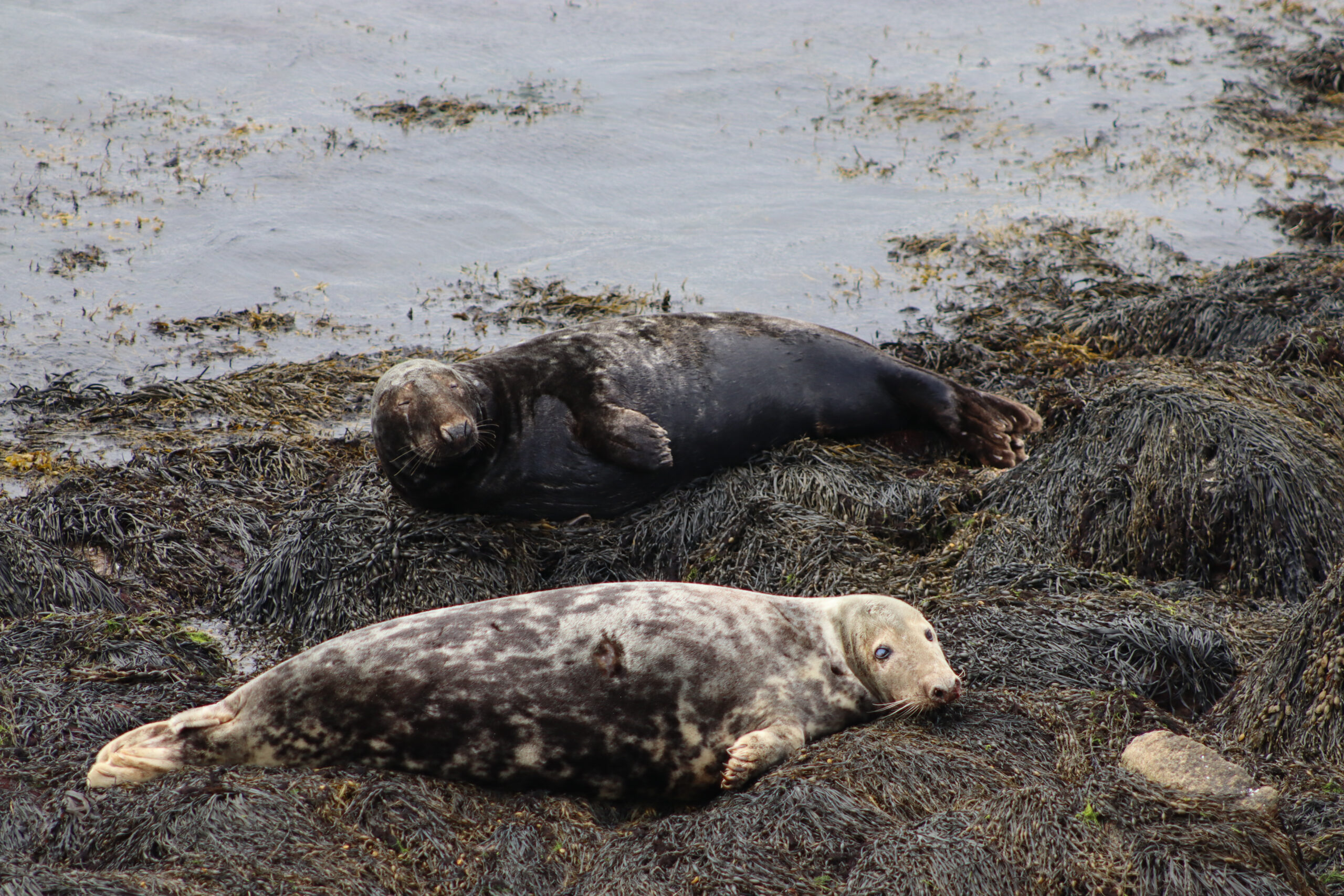 Lazy locals on the shores edge

Closer to the island you can spot cormorants sunning themselves on the rocks. You might see a few curious seals bop the head up from the water for a closer inspection. The bird life on the island is particularly amazing from gulls to oyster catchers and a thriving colony of terns. 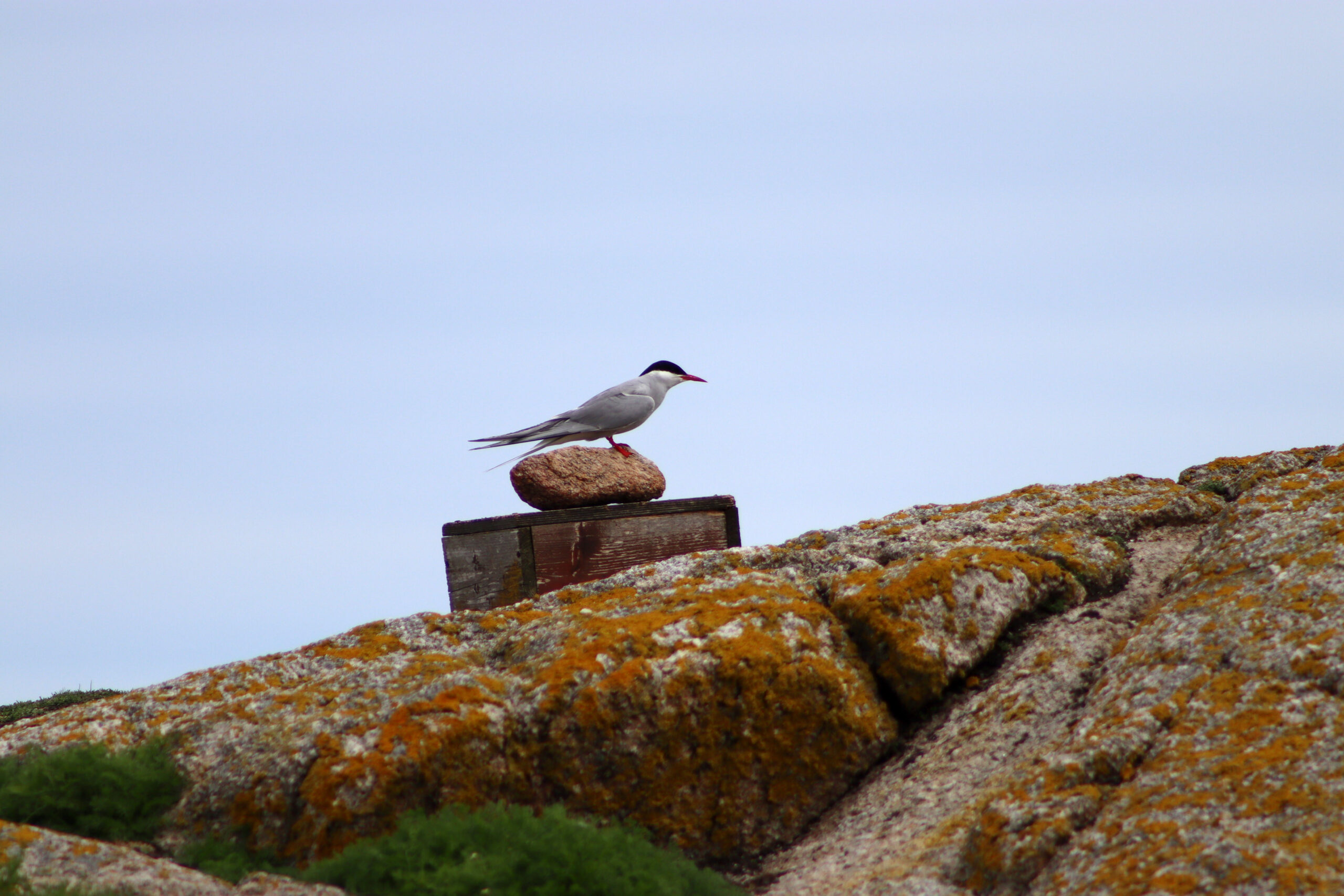 Terns are currently nesting so make sure you keep your distance and don’t cross the fence surrounding the colony. If you want to get up close bring along a zoom lens or pair of binoculars. 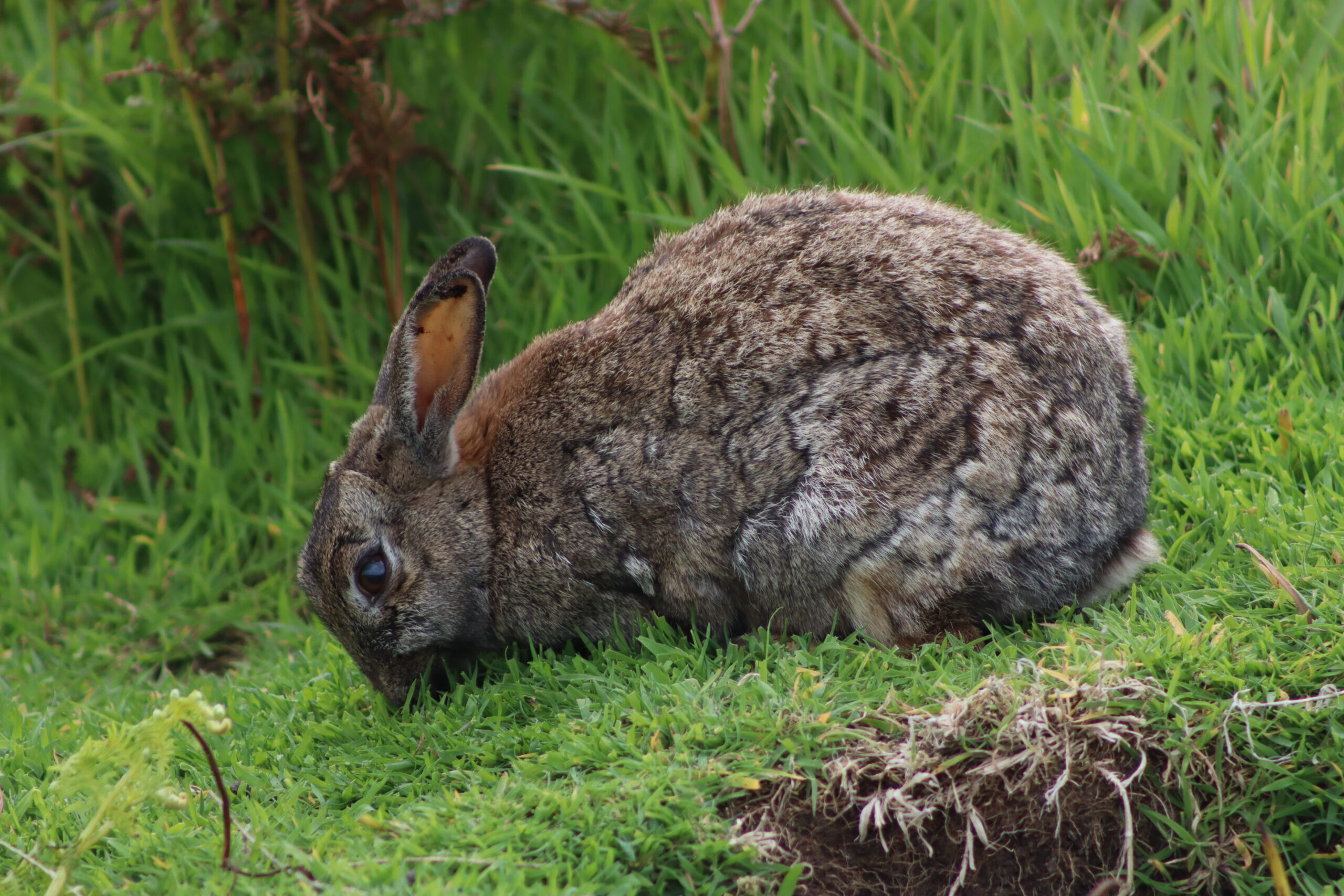 A few of the more surprising residents are the black rabbits you’ll see scurrying and dashing about. Their burrows all over the island so watch your step! 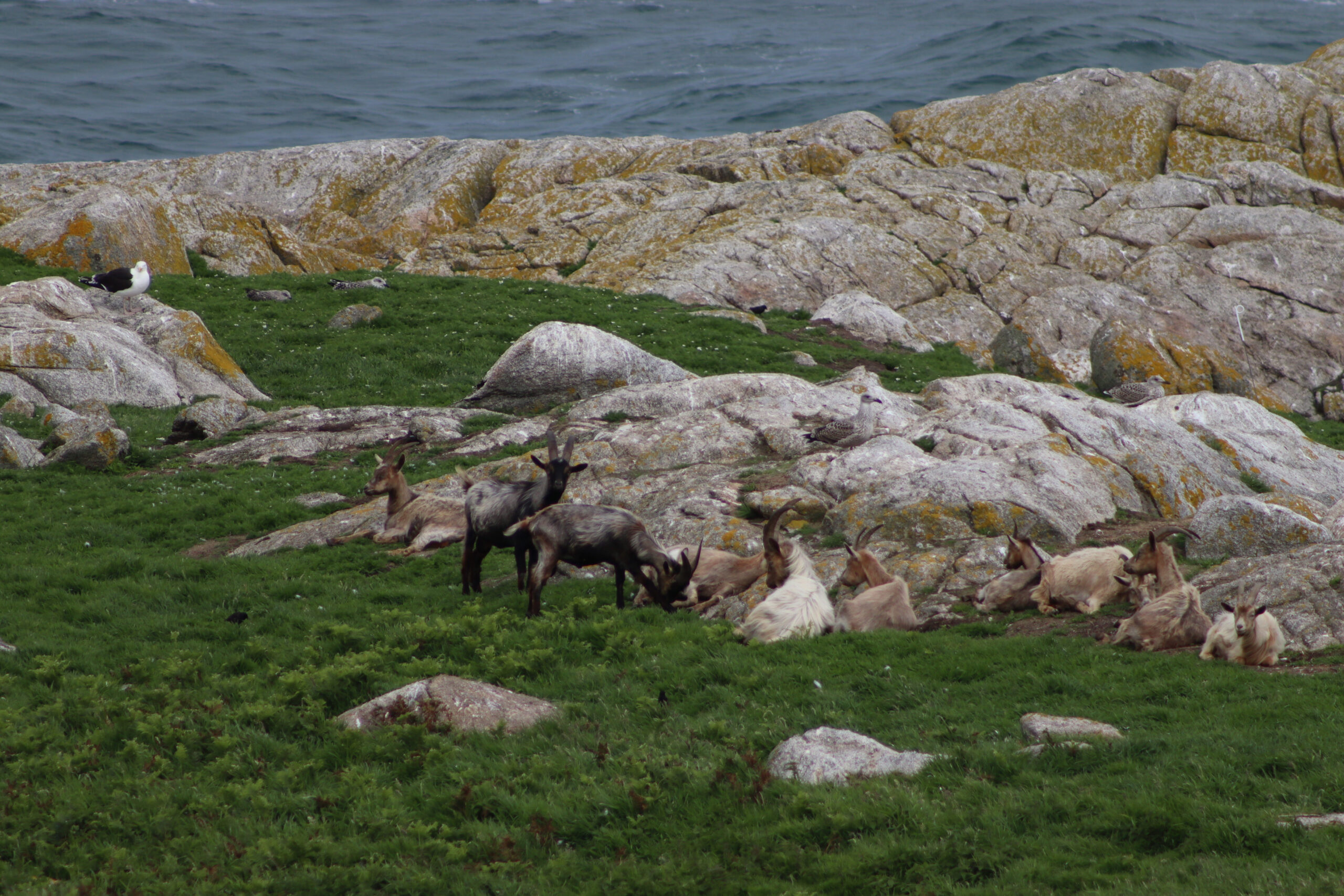 Another surprising gang you might come across is a small herd of goats.

If you’ve never been across put it on your bucket list! If your feeling a bit more adventurous you can take a kayak out and around the island or Ken the Ferryman will hook you up if you need a ride!