Multiple strandings of Cuvier’s beaked whales discovered on the Irish coast over the past few days is definitely a “cause for concern” according to the Irish Whale and Dolphin Group (IWDG).

The group reported five strandings on the west coast over the space of a few days. Two of the whales were discovered on Omey Island, Co. Galway and a further three were reported on the same day at Gola Island, Co. Donegal – two on the Mullet Peninsula and a third floating at Sheephaven Bay. All three animals had likely been dead for several days and were in poor but similar condition, suggesting that all three had died around the same time. 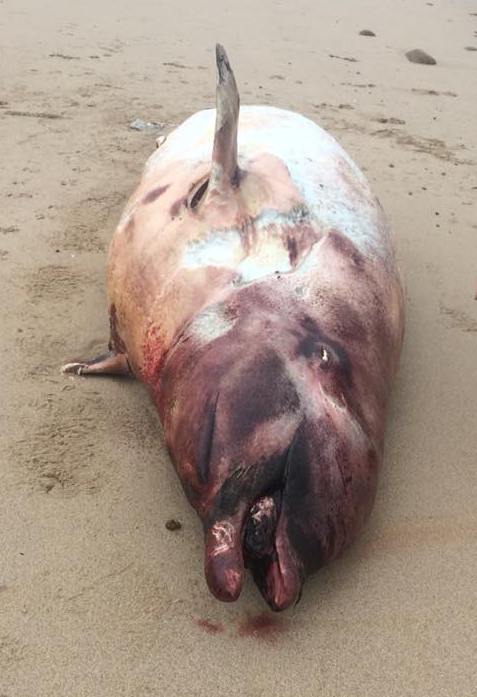 According to the IWDG while it would be relatively normal to record three or four strandings of this species in Ireland in any one year it is highly unusual to have three recorded in separate locations on the one day.

Cuvier’s beaked whales are a deep diving species and have previously been found to be particularly affected by loud underwater man-made noise (eg sonar). Dr Simon Berrow from the IWDG said such incidents were typically associated with acoustic trauma linked to active sonar.

While the Irish Naval Service does not have sonar capabilities, the Royal Navy does.

Talking to the BBC Berrow said “When investigating these type of incidents, establishing if there has been sonar use is always the first port of call.”

“There is an exercise military zone to the west of Scotland, west of the outer Hebrides. If this event occurred in British waters, which it could easily have done, then these animals drifted towards the Irish coast.”

A Royal Navy spokesperson said there was no evidence that the deaths had been attributed to any Royal Navy Sonar operations or exercises.

Irish waters have been classified as a whale and dolphin sanctuary since 1991 but with the levels of cetacean strandings on the increase each year we really need to do something more to protect these vulnerable species.