Courtmacsherry RNLI’s all-weather Trent class lifeboat was called out yesterday evening, just after 5pm, to go to the immediate aid of a person who had got trapped in a sea inlet / sinkhole just off the slipway at Dunworley Beach near Butlerstown in West Cork. 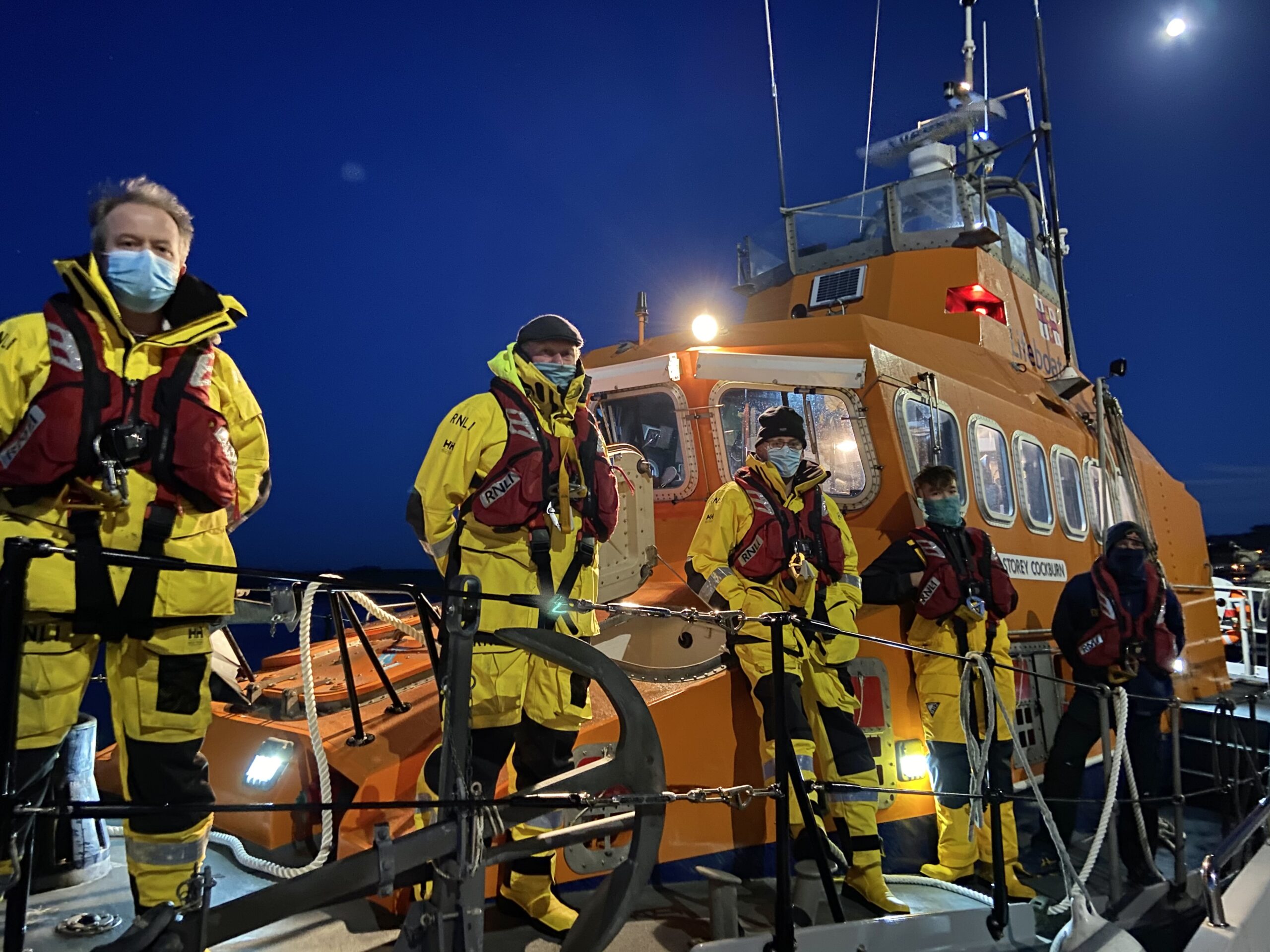 Courtmacsherry RNLI crew after returning from the call out (Credit: RNLI/Nuala McAloon)

Once the personal crew bleepers were activated, the Courtmacsherry lifeboat under Coxswain Sean O’Farrell and crew of four were underway from their moorings in the harbour within minutes and proceeded at full speed to the area of the casualty.

Conditions at sea were reasonable but there was a heavy swell flowing off the coastline. The lifeboat reached the area within 15 minutes and a major land based rescue got underway involving the Old Head / Seven Heads Coast Guard crew, as they rigged themselves to climb down the sink hole/ sea inlet to access the casualty.

The trapped person had got caught in the swelling tide and fortunately her shouts for help were heard by a local walker who immediately called the rescue services. Also on the scene was the Coast Guard 115 helicopter from Shannon. As the lifeboat stood by 100m offshore and the helicopter did likewise on the shoreline, the highly trained members of the Coast Guard from the Seven Heads and Old Head area, mounted their rock climbing apparatus and lowered two of their members into the inlet / sinkhole in order to locate the trapped person.

In a professional operation carried out to perfection, the Coast Guard personnel were able to bring the young lady up the sinkhole cliff- face and to the safe surrounds of waiting HSE ambulance personnel who immediately covered her in protective sheeting and transferred her to their nearby ambulance for observation. The casualty had been in the sea inlet for well over 90 minutes and everybody was relieved as the Coast Guard Unit brought her to safety.

Vincent O’Donovan, the Courtmacsherry RNLI Volunteer Lifeboat Press Officer said: ‘It has been an incredibly busy start of 2021 for our Station in Courtmacsherry with nine call outs and it was great to see the total dedication of so many voluntary people from all the rescue services today and everyday in these difficult Covid times, who drop-all and rush to the aid of others in difficulties.’

As we experience lockdown times for a few months more, the RNLI would stress to all those that are partaking in any water activities or planning a visit to the coast over the next month, to remember and follow RNLI safety advice below along with all new Government regulations and to stay safe in these different times for all Rescue Services.