As Storm Dennis bore down on the south coast, the Courtmacsherry RNLI all-weather Trent Class lifeboat Frederick Storey Cockburn was called out at  yesterday afternoon  to go to the aid of a kite surfer that had got into difficulties off Coolmain Strand. 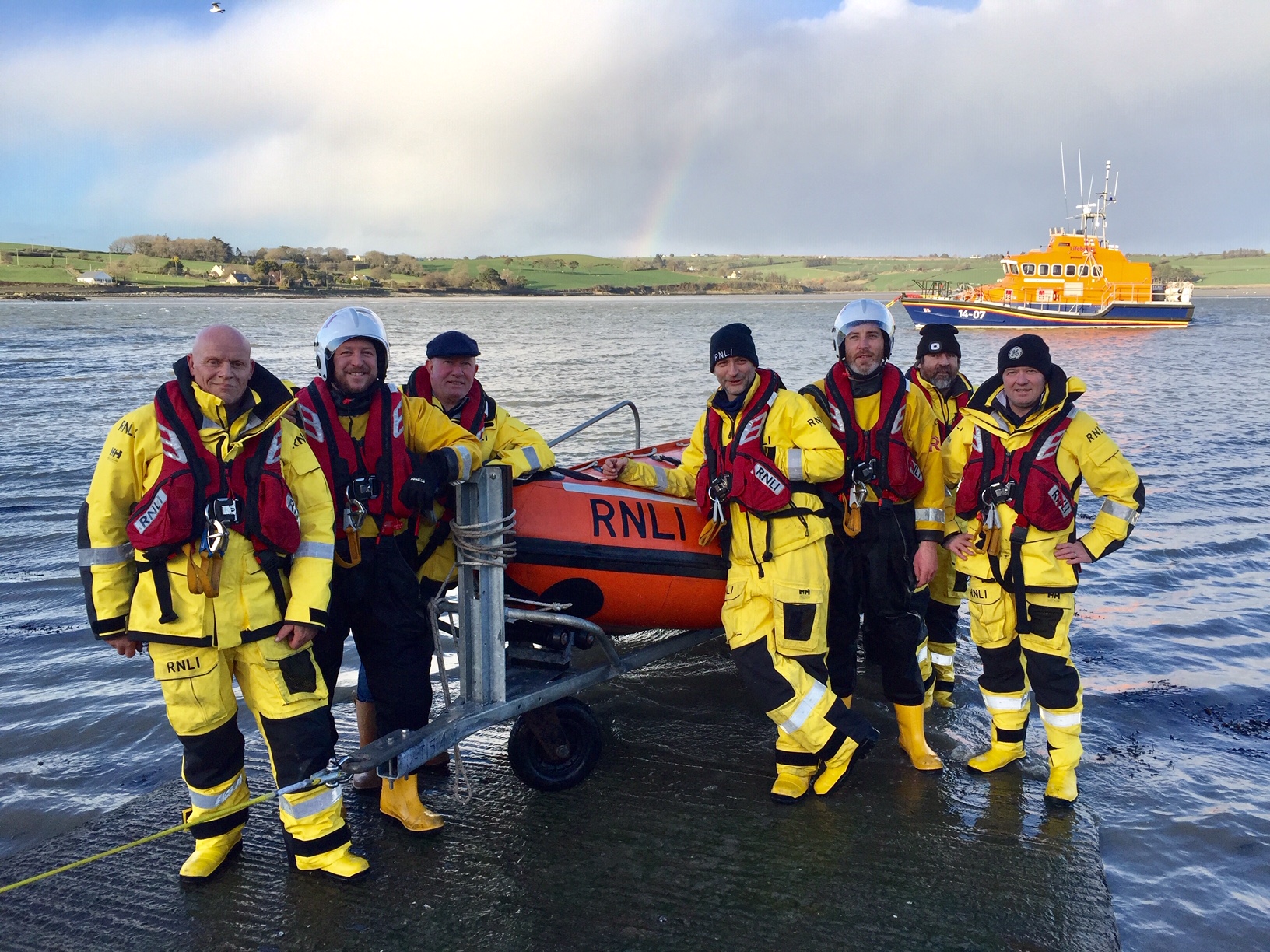 Under Coxswain Mark Gannon and a crew of six, the lifeboat crew was underway very quickly and immediately made its way to the area of the casualty.

The station’s inshore lifeboat was launched as well with two onboard under Helmsman Kevin Young. The distress alarm was raised by people on the shoreline who saw the events unfolding.

Commenting on the call out, Diarmuid O’Mahony, Courtmacsherry RNLI Deputy Launching Authority praised the people on shore for quickly alerting the rescue services: ‘Vital minutes today could have been so important in sea conditions that were lumpy and windy after a very stormy weekend’.

Diarmuid was also high in praise of all the volunteer crew who responded so quickly to the lifeboat station and immediately launched both the all-weather lifeboat and the station’s inshore rib.