We all communicate in our own unique ways and over the course of our lives, if fortunate, we learn new ways to express ourselves. These new avenues can open up whole worlds of connection that enrich our lives and those with whom we share them with.

For Conor Dodd, diagnosed with non-verbal autism as a child, his ability to connect was set to an early disadvantage but born with a strong desire to learn and a hugely supportive family he has found joyful expression through the sport of sailing. 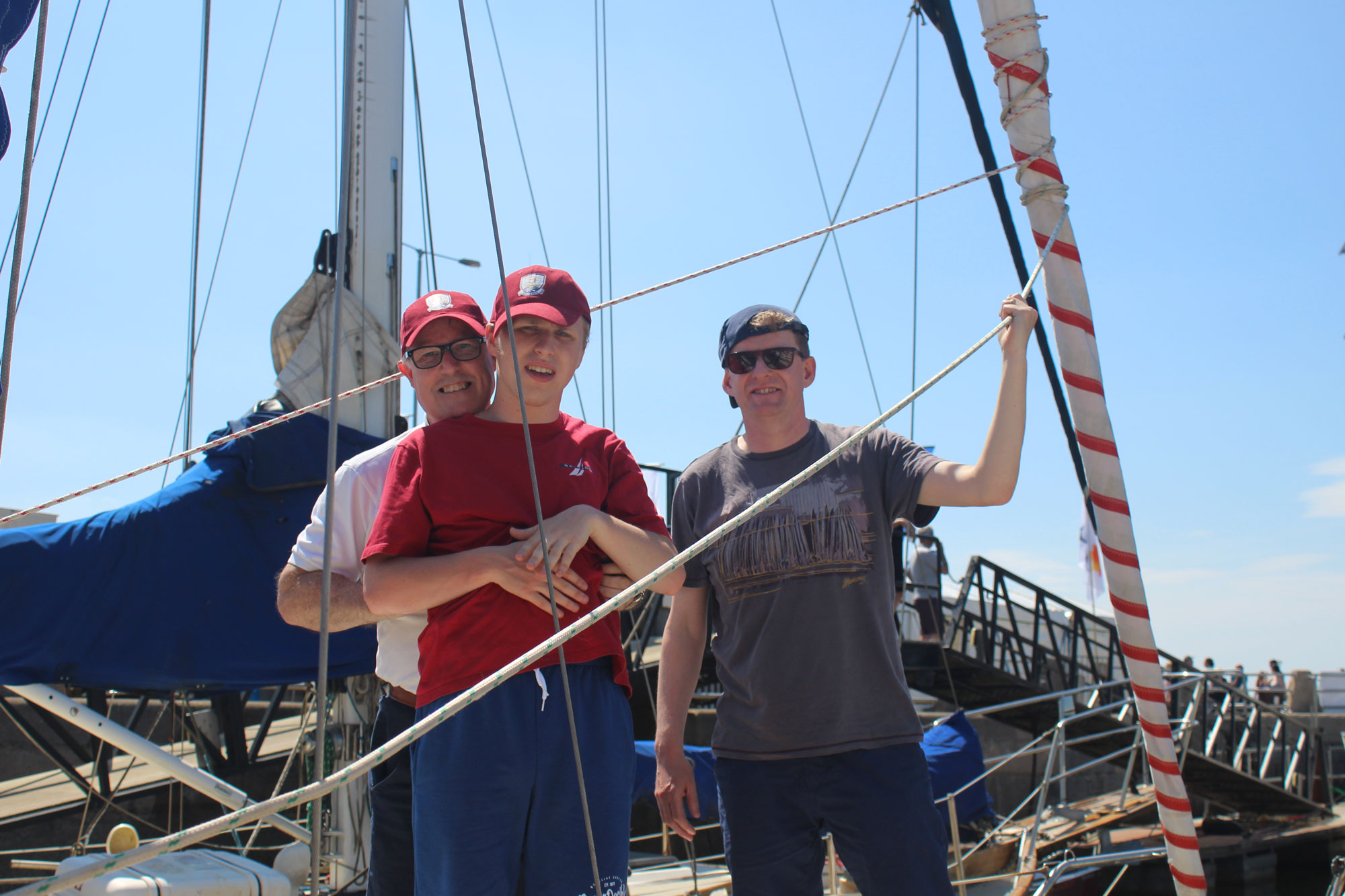 Conor Dodd probably wasn’t expected to become a competitive sailor but this August (15th -18th) he takes on Ireland’s leading skippers at the ICRA and West Coast Ocean Racing Regatta in Galway Bay. Together with Eoin, his twin brother who also has autism, the preparations are well underway for their sea-going challenge.

The sailing adventure started when their mother, Valerie, spotted an advertisement for a boat in a sailing magazine.

“We started to investigate the boat and discovered it had been stored in a hay shed for 10 years as the owners had moved on to different pursuits” says Conor’s father Enda, and from there the family they took a chance and travelled to view the boat.

Then after seeing the boat, the boys refused to leave without knowing it could be theirs. Having met the boys, previous owners practically gave the boat away to the Dodd family making the endeavour possible. And so began their sailing adventure. 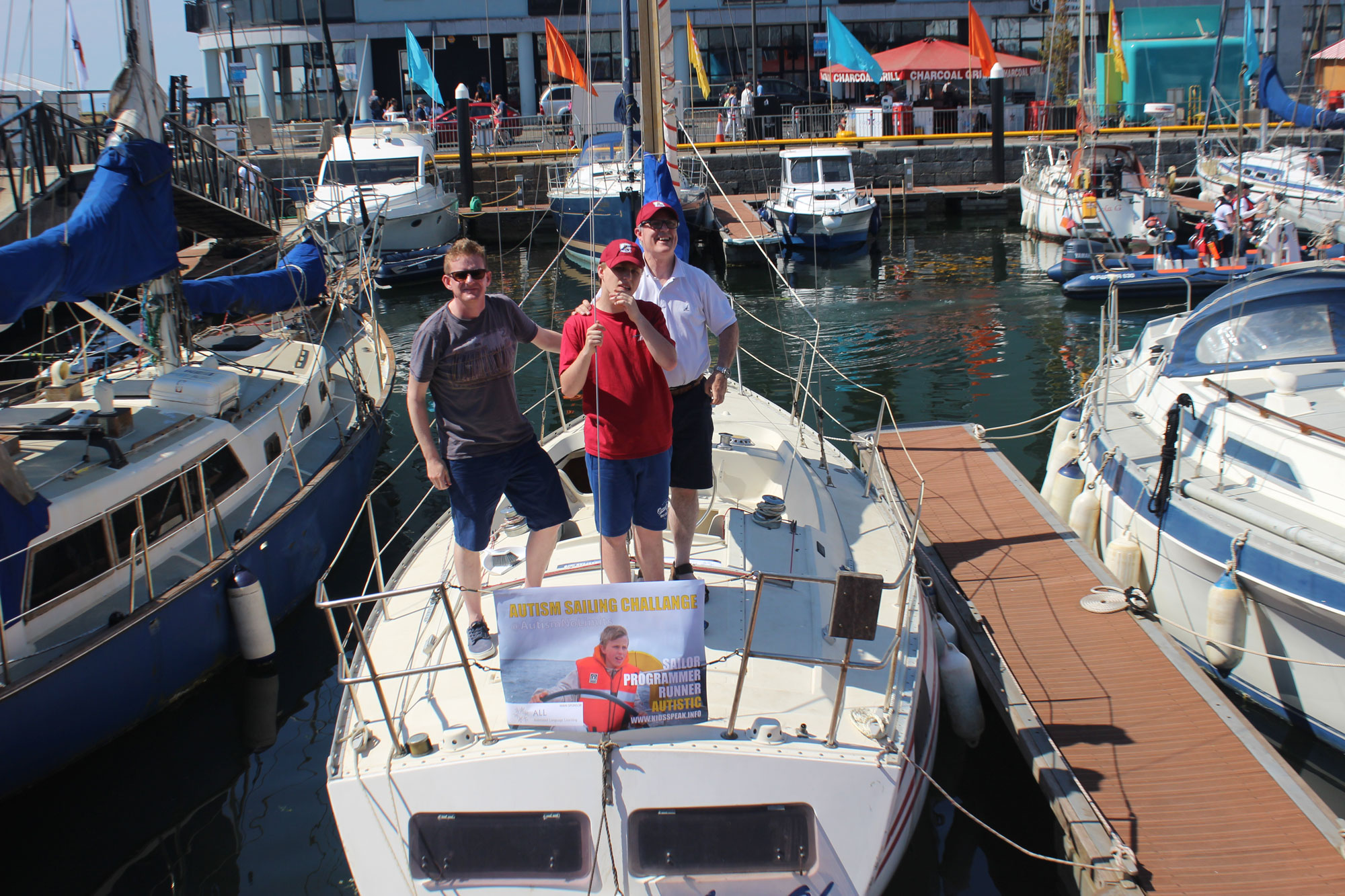 The brothers instant connection to sailing becomes more explainable when you learn that finding expression in novel and fun ways runs in the family. The brothers work with their parents in a start-up called Animated Language Learning as part of a team dedicated to developing solutions to autism language deficits. Drawing from their personal experiences of autism, they are developing language teaching tools using the stories of the animated world of Disney.

Together with their parents, they have created a virtual language school currently supporting over 500 families around the world. The Dodds are a family that work in finding new ways of expression and its clear the whole family instantly recognized the possibilities sailing provided.

And now preparations are well underway for a serious sailing challenge but one where father Enda knows is the taking part that matters. “We are already receiving enquiries from people the Galway Harbor company, Údarás na Gaeltachta and race organiser Rory Carbery on how the boys can successfully participate. Our biggest concern right now are the boys themselves. They will be sailing against some of the best, so I’m trying to calibrate their expectations which is very hard to do.”

Conor’s mother is positive about this experience: “I’m confident we can make this happen,” says Valerie. “The boys’ life has been a series of miracles from their earliest days diagnosed as severely autistic and without hope of ever communicating. Their path to language through Disney movies and love of sport has been an inspiration to everyone who knows them. “For Enda and me it is so important now that the boys grow into rounded adults and truly transcend their autism challenges. It’s not enough to be able to communicate and attend school, but more importantly to be able to interact equally with their typical peers and fully contribute their talents in society.”

In sailing and in Disney animation, Conor Dodd and his family have found new ways to of express themselves and it’s enriching their lives and the lives of many others.

If you would like to follow Conor’s sailing challenge or contribute to this campaign go to his web page at www.kidsspeak.info/autism-no-limits or contact Enda at endadodd@kidsspeak.info