Clifden RNLI rescued a fisherman whose boat drifted out to sea after the vessel sustained engine failure. 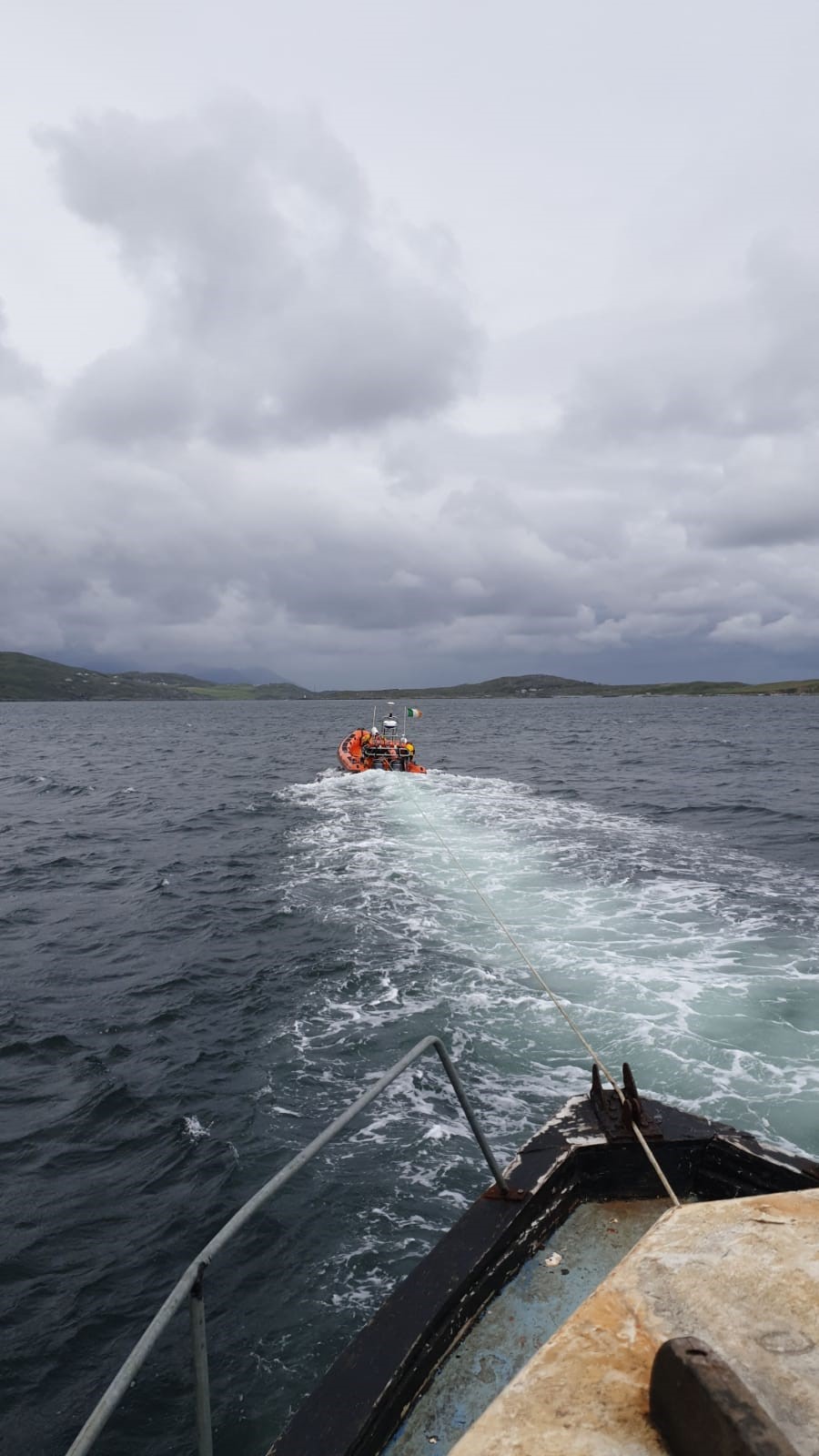 Tuesday afternoon Clifden RNLI was requested to launch its all-weather and inshore lifeboats to assist the 9m fishing vessel with one onboard that had engine failure just east of Turbot Island.

Clifden RNLI’s Atlantic 85 lifeboat Joyce King helmed by Daniel Whelan and with four volunteer crew members onboard launched first. They made good time to the fishing vessel which was drifting south and quickly took the fishing vessel under tow. Weather on scene was north west Force 5-6 with a slight sea.

In the mean time, Clifden RNLI’s all-weather lifeboat launched to provide back up. The Joyce King continued to tow the fishing vessel to Clifden pier where it was put aside the pier and both RNLI lifeboats were returned to station.

Speaking following the call out, new volunteer crew member Ashling Sweeney said: ‘This was my first call out for Clifden RNLI today and I was happy to gain the experience of putting my training into action’.