At approximately 1.28pm on Saturday 6th July Clifden’s All Weather Lifeboat Fisherman’s Friend was tasked to assist with a medical evacuation from Inishbofin Island. The Lifeboat set off under command of Coxswain David Barry with Mechanic Andrew Bell, Navigator Alan Pryce and crew Chris Nee and Alvin Bell. The Coastguard Helicopter R118 airlifted the casualty to Castlebar hospital and the lifeboat wasn’t eventually required for the medivac but was available if required as ever. 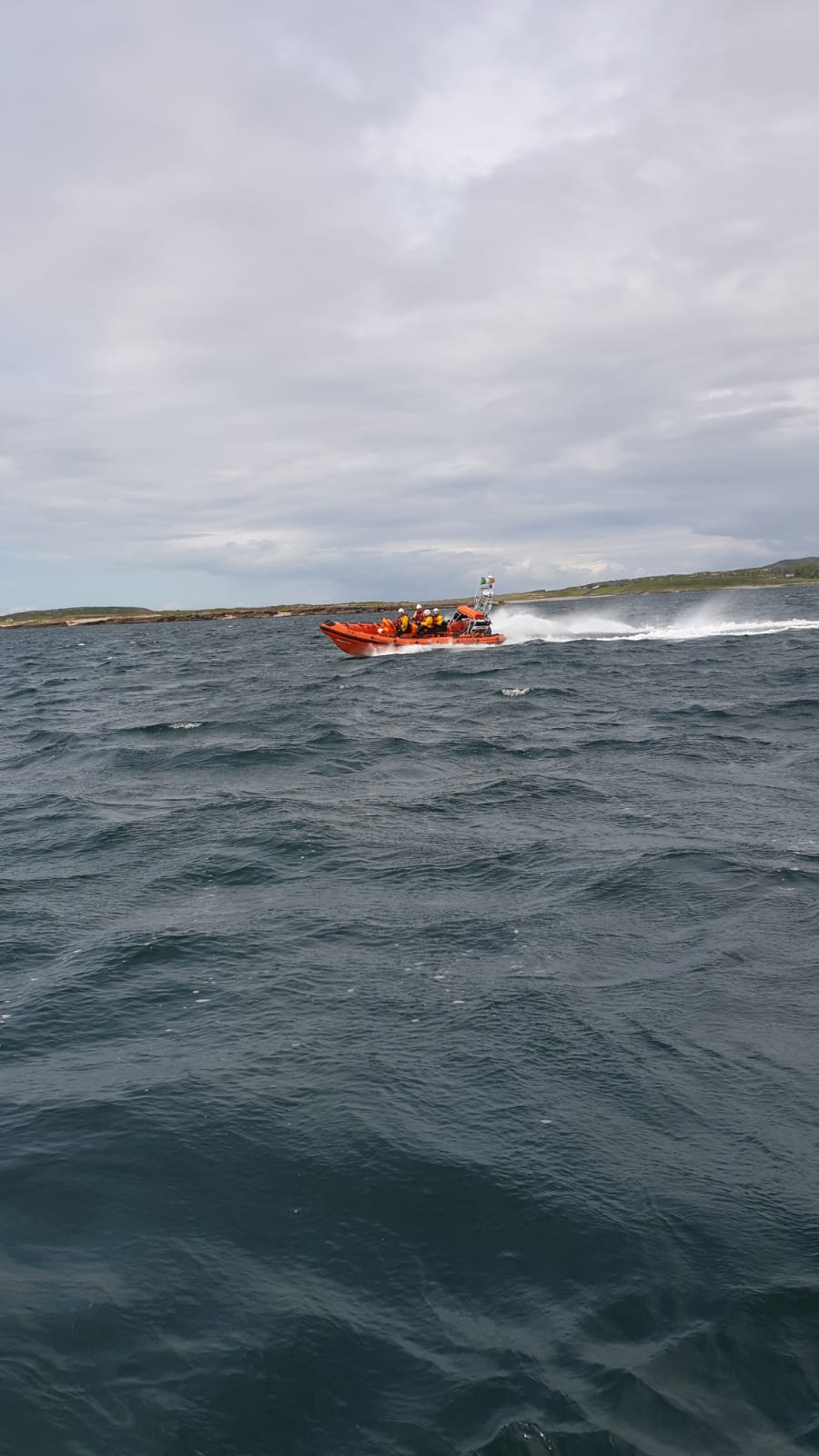 Not long after one launch came another. This time, the Coast Guard requested the call out to reports of two persons potentially cut off by the tide on Arduillean island in Mannin Bay, approximately four nautical miles south of Clifden.

Clifden Lifeboat Operations Manager John Brittain tasked the station’s Atlantic 85 to respond. The quick response from the Atlantic 85 had the crew on scene within 10 minutes, where they quickly established that this had been a false alarm with good intent. The persons on the island were safe and well and had a boat to return ashore after their trip. Assisting at the station for both launches were Neil Gallery, Kenny Flaherty, Ian Shanahan and James Mullen.

Speaking after the second launch, volunteer Coxswain and Helm Alan Pryce said ‘The dedication and selflessness of the crew is really evident during the busy summer period where the crew literally drop everything to respond to the call, to launch the lifeboats and to assist as best they can.’