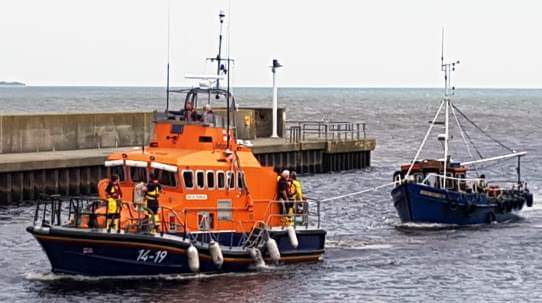 Arklow RNLI launched twice on Wednesday, first to go the aid of three onboard a broken down boat and later to search for a kayaker reported missing.

The volunteer crew were first requested to launch their all-weather lifeboat by the Irish Coast Guard at 1pm.

The Ger T was launched to reports of a fishing vessel which had lost propulsion and was adrift one mile north east of Arklow Harbour.

In south westerly winds of Force 4-5 and with moderate worsening sea conditions, the casualty vessel was located and once on scene, Arklow RNLI volunteers secured a rescue towline and proceeded to tow the fishing vessel with three aboard back into Arklow where all hands came ashore safely. 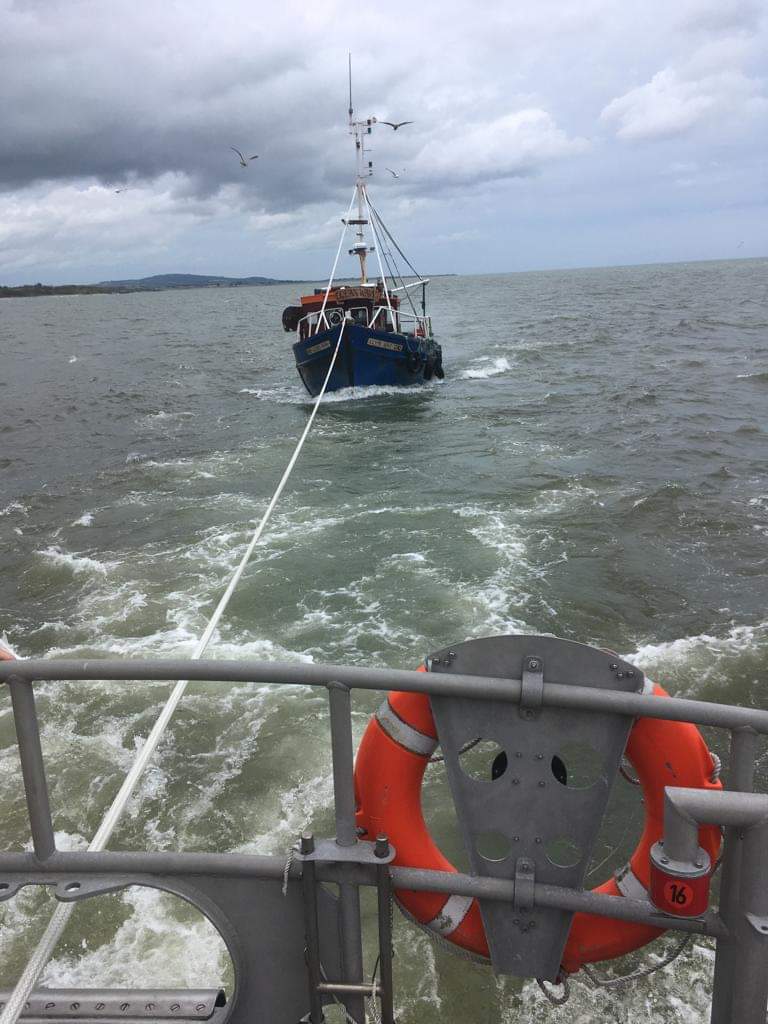 The second call out came later that evening at 6.20pm when the pagers were activated following an alarm being raised by a member of the public.

Reports had come in that a person was missing on a kayak somewhere north of Arklow. The crew launched the lifeboat immediately and commenced a search. As they proceeded north along the coast, further reports came in that a kayak had been sighted on or near the beach at Ennereillly Strand, north of Arklow.

The lifeboat continued the search north as it headed for the reported position at Ennereilly.

In the meantime some of Arklow RNLI’s volunteers had commenced a shoreline search to see if the person had managed to get ashore separate from the kayak. A short time later another volunteer located the owner of the kayak who had made his way ashore quite safely and was en route back to Ennereilly Strand to pick up his kayak. The search was then stood down and the lifeboat returned to station.

Following the call outs, Mark Corcoran, Arklow RNLI Lifeboat Press Officer and Community Safety Officer said: ‘Thankfully, we were able to bring three people safely back to shore and given the worsening conditions and with the casualty vessel adrift near the rocks this could easily have had a much worse ending. Our second launch in more challenging conditions followed a report of a missing kayaker, thankfully he had made it back to shore safely and was en-route back to collect his beached kayak when he was located on shore. Thanks to the members of the public who made the report and all of our volunteers for their time in challenging conditions and a special thanks and congratulations to Sinead Myler on completing her first call out today.’

The casualty vessel was reported to be to the rear of the North Pier just outside Arklow harbour.

In slight conditions our volunteers launched Arklow Lifeboat, and proceeded to the location near the river entrance and was on scene minutes later.

Our crew then assessed the situation, the yacht was at anchor and had lost propulsion, a towline was passed to the yacht and the vessel with 2 aboard was towed safely back into Arklow Harbour.

“ A big thanks to all of our volunteers who were mostly en-route to or already in their respective jobs when the pagers were activated, I’d like to remind people once again, Please Respect the Water and always wear a lifejacket and carry a means of calling for help when going out on or near the water”