The volunteer crew of Bundoran RNLI Lifeboat was requested to launch to reports of a vessel that had washed up on rocks off Mullaghmore Head yesterday afternoon. 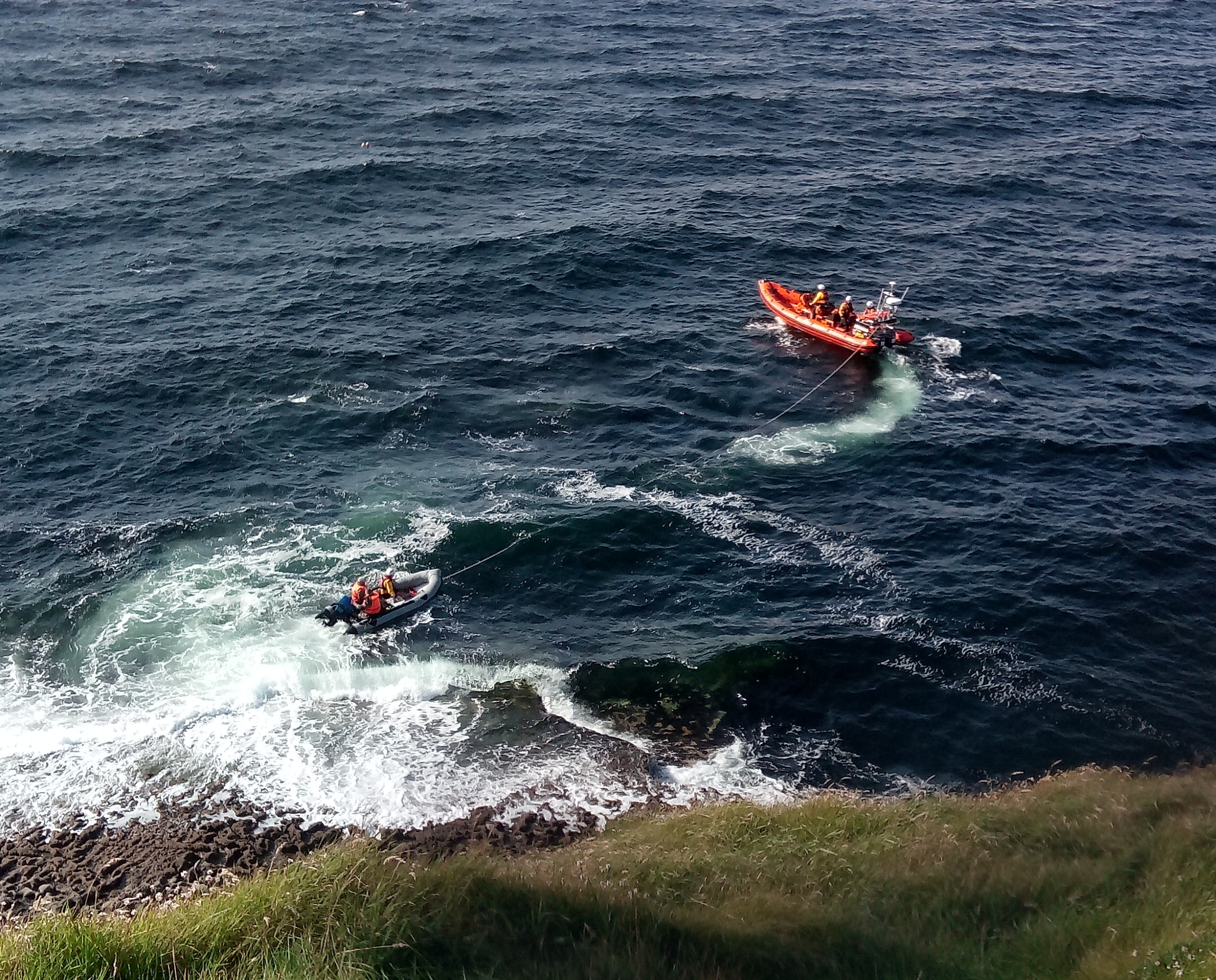 The pagers were activated by Malin Head Coast Guard at 4:16pm. They had received a call from a member of the public who had been told of the boat in trouble by a number of passers-by in the Mullaghmore area.

The Bundoran based RNLI lifeboat “William Henry Liddington” launched within 6 minutes and made its way to Mullaghmore with 4 volunteer crew on board. Sea swell was 1.5 metres with a force five westerly wind blowing. Shore crew were also deployed to assist at the scene. 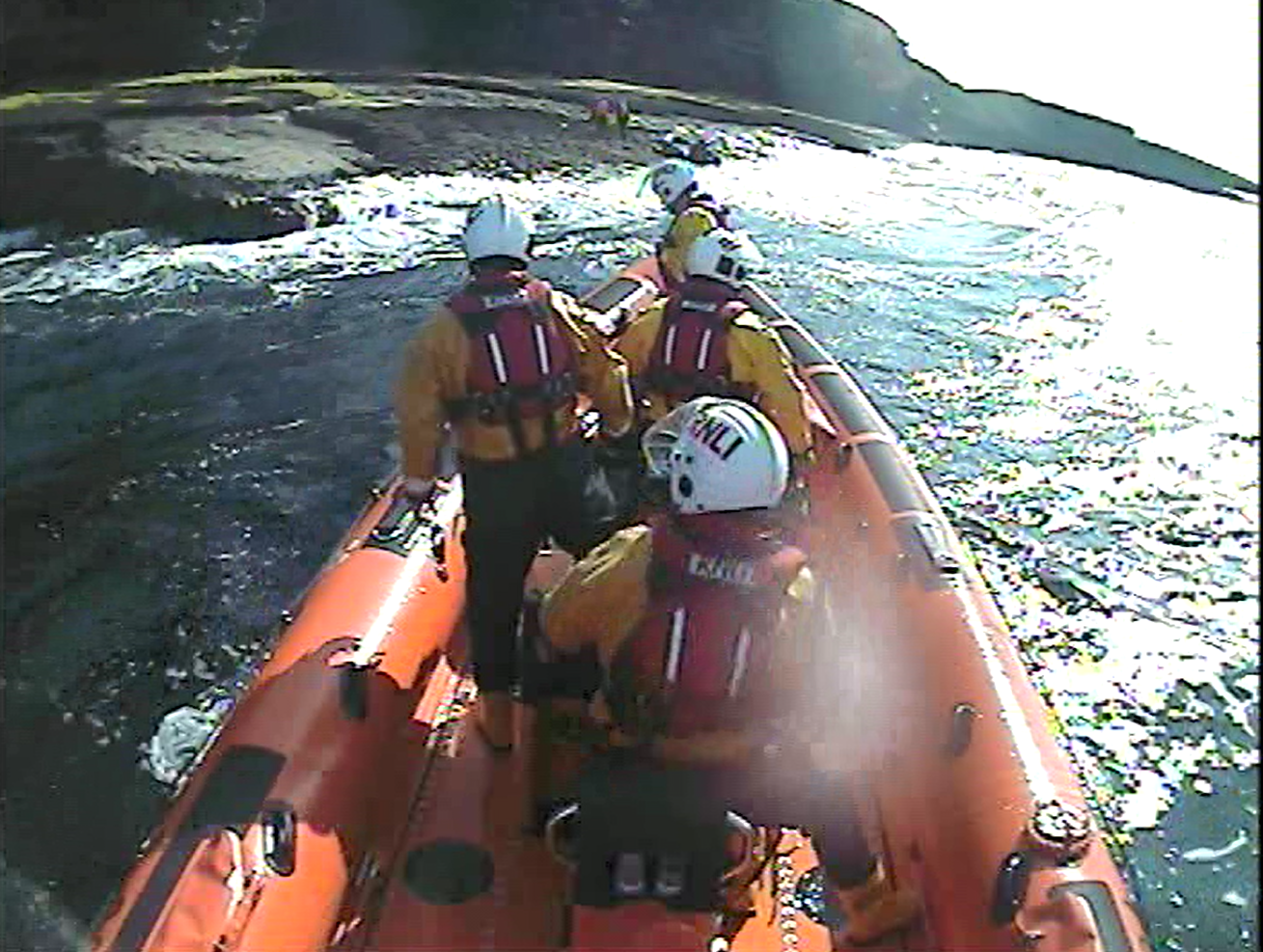 On reaching the scene at Mullaghmore Head, the crew spotted the 3 metre vessel, which had suffered engine failure, on the shoreline with two crewmembers standing alongside. Sligo based Irish Coast Guard Rescue helicopter 118 had also been tasked and had arrived. As the area was inaccessible by land, the decision was taken to get the two crew off by towing their boat to safety. An RNLI crew member was put ashore to assist the helicopter winchman with the casualties. A line was subsequently passed and the boat and the crew of the boat were towed to safety off the rocks.

The two men and their boat were brought to Mullaghmore.

Speaking following the callout, helm Brian Gillespie said ‘we would like to thank the member of the public who made the initial 999 call. We would always advise anyone who thinks that they see somebody in trouble on the coast to ring 999 or 112 and ask for the Coast Guard. We would remind sea users of the importance of bringing a means of calling for help should the need arise – a mobile phone but ideally a VHF radio.’