Minister for Agriculture, Food and the Marine, Michael Creed launched a new inshore survey boat in Kinsale, Co Cork. The Bord Iascaigh Mhara T Burke II will be primarily used to monitor and survey mussel bed stocks in Dingle Bay and along the east coast from Carnsore Point, Co Wexford to Carlingford, Co Louth. A side scan sonar will send sound waves to the bottom of the seabed allowing BIM technical officers to know whether seed mussel is present or not. 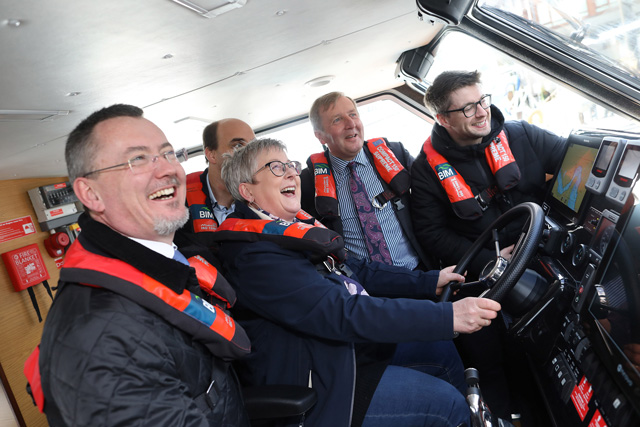 All aboard! New inshore survey vessel launched in Cork

The Irish mussel industry was valued at €11.7M to the Irish economy in 2018. Almost 14,000 tonnes of mussels were produced in Ireland last year. Bottom grown mussels made up 4,800 tonnes of that total. The sector has been recognised by the global eco-label and certification programme, the Marine Stewardship Council (MSC) since 2013. 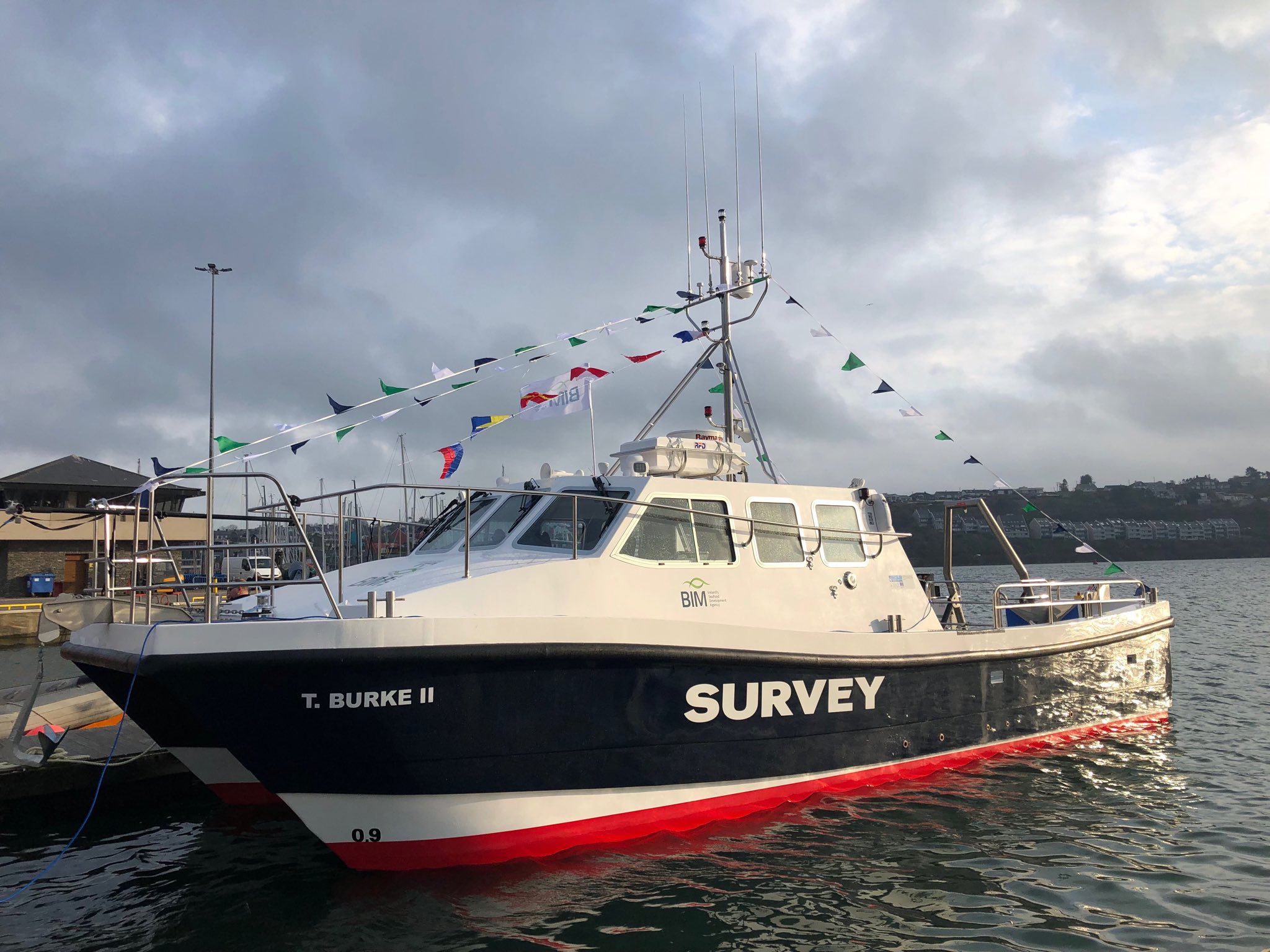 Speaking at the launch, Minister Creed said “These surveys form an integral part of the management of the seed mussel fishery, which has been awarded the prestigious Marine Stewardship Council sustainability certification. This MSC certification is the gold standard of fisheries certification and opens up access for our Irish mussels into the very best markets in the EU and further afield.”

Lovely day at the naming ceremony of T.Burke II, a Wildcat 40 12m survey catamaran we built for BIM @BordIascMhara here’s a nice little video of the ceremony, and of course her underway offshore. pic.twitter.com/R6pn7eOFuo

The Irish bottom grown mussel sector is almost entirely export-led and provides employment for close to 200 people, directly and indirectly in coastal communities throughout Ireland.

Jim O’Toole, CEO BIM said “The surveys carried out by BIM’s technical officers on board the T Burke II will provide invaluable data to help drive growth of this important sector and minimise the environmental impact and carbon footprint of the sector.”

The boat is named after the late Dr Tomás Burke. Dr Burke, Galway was a technical officer at BIM. His wife, Olivia Moylan Burke launched the boat with the Minister in Kinsale.