Bantry Bay’s new €9m harbour marina opens this weekend with an exciting regatta and BBQ festival to usher in a new wave of marine tourism to Cork. 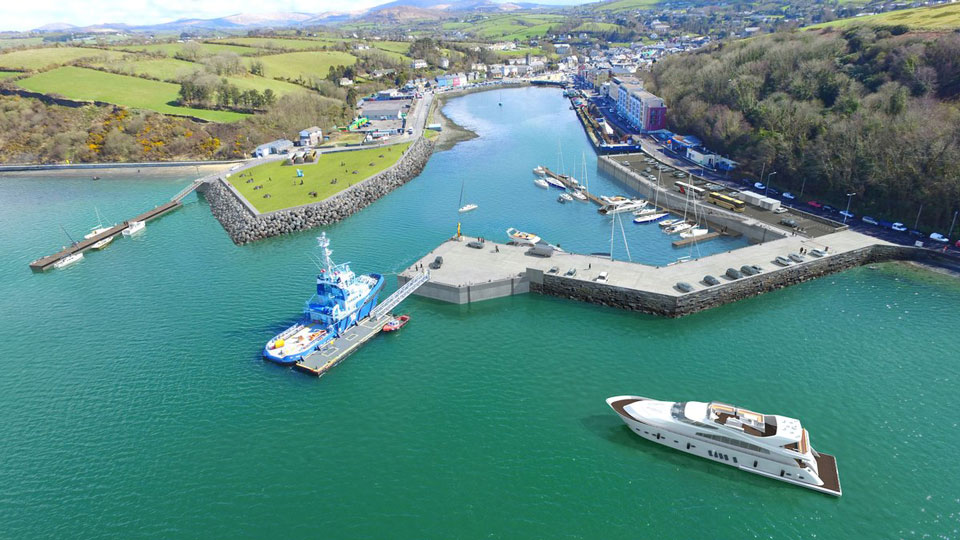 The celebrations begin this Friday (11th August) with the official opening of Bantry Harbour Marina and carry on throughout the weekend with lots of great events happening at the marina and around the town.

In the bay there will be plenty of excitement with longboat races on Friday and Saturday and a sailing race around Whiddy Island on Sunday morning. For those more adventurous they can get a taste of the action by trying their hand at sailing with the Bantry Bay sailing club or kayaking with Atlantic Sea Kayaking.


On dry land there will be lots to do with children’s entertainment, live music, Irish dancing and a BBQ celebration! 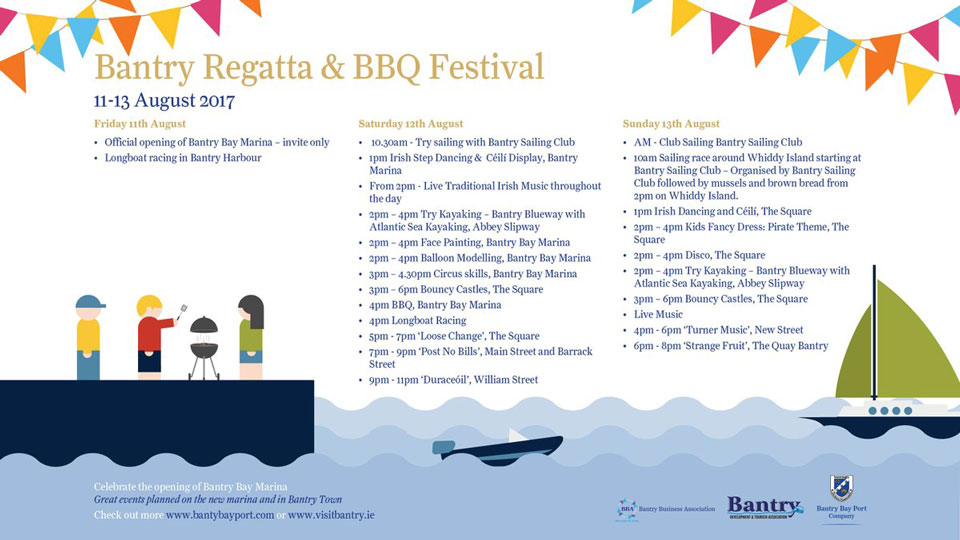 The improvements to the harbour include widening of the pier, increased amenities and building pontoons. The marina will accommodate larger vessels to berth and hopes to entice marine leisure and tourism in and around the harbour area.