The latest in our series of maritime inspired poems by Daniel Wade. The Sack of Baltimore was largest attack by Barbary pirates on either Ireland or Great Britain. The sacking took place on 20th June 1631 when the West Cork village of Baltimore was attacked by the Ottoman Algeria and Republic of Salé slavers from the Barbary Coast of North Africa. The pirates captured over 100 villages and took them away to a life of slavery in North Africa. 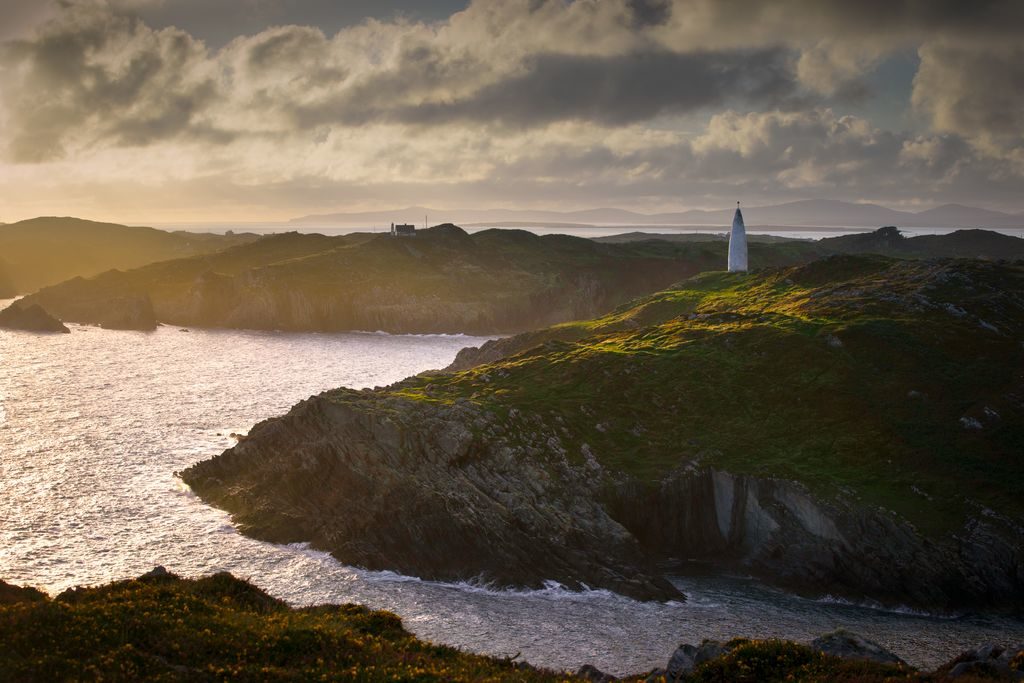 On the jagged rim of Europe, an inferno

of limb and thatch left a village barren.

The only invasions it knew were the daily

of gust and fury, gale and storm-force

rumoured by the fishermen and minister,

until a doublet of currachs rode at anchor

in the mellow dusk, the throb of drums

and children were among those left alive –

venomous waft and a red caveat was

made of any and all who fought back.

The music of murder drilled their ears,

to on the tide – scimitars punctured

the fog, blood-bleached and warm.

As grey rollers pounded the reef, all it

really amounted to was good business.

When the wind did its level best to whip

the flames into a dark-gold frenzy,

the screams of captured Cornish

were no better than fine accompaniment.

A Janissary’s iron gaze did the work

of its barefoot, waist-coated captain

who took soundings in the blue cove

with a pathologist’s calm, and a djinn’s guile.

The full span of hours coiled around

his clock’s orbiting gesture of tick and strike.

What history could our scribes decode

sluggish galleys rounding on their oars,

scooped from a bucket and tossed

to the depths to placate dogfish and basking

shark, the forked orb of a torch,

the crescent moon dulled to an ashen nub

by the hour’s whim, mongrel breezes

sweeping in from the south-east, flexed

silk of the rais’ bandeau, the lateen’s canine

scythe, frenzy of the takbir and burial urn?

June left the reefs unnoticed as a crosstaff.

Then, in salt-cured decline, with nothing to fear

or fancy from the scent of mercenary spray

as Baltimore receded, emptied of dwellers

before the blaze, under each hexing star:

the sturdiest anchor could hook no witness,

adrift, shackled to oar-bench or harem,

their names long-foundered in the surge,

and denied even the haven of a requiem;

for theirs was once the wild, the infirmity,

and the shame, then and forever,

who are never to set eyes on home again,

bellowed in a language not their own,

wafted to naught with the swells’ bubbling gust.