Seven volunteer lifeboat crew members from Ballyglass RNLI came to the rescue of a large juvenile dolphin which became stranded at Bundúla, in Blacksod Bay, just outside Belmullet Thursday morning. 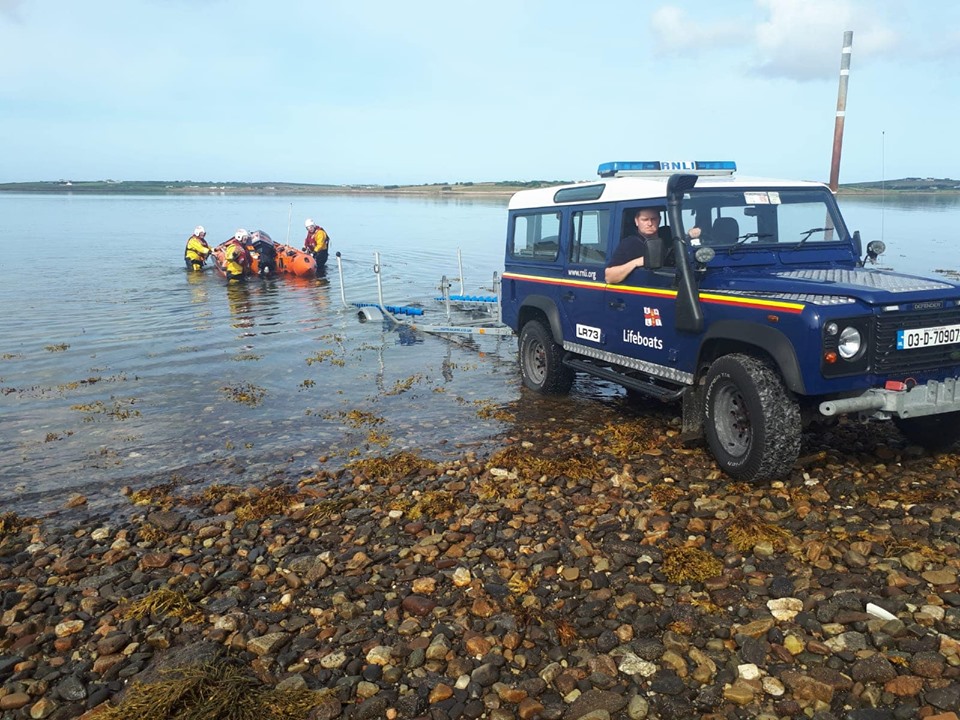 The alarm was raised by concerned former RNLI crew member David Tyrrell who spotted the mammal in difficulty in an ebbing tide.

Ballyglass RNLI Lifeboats Operations Manager Pádraig Sheeran, when contacted by Mr Tyrrell, sent the call through on the paging system to launch the inshore lifeboat, the Clann Lir. Within minutes several crew arrived at the station and prepared to help the animal as best as possible. Time was of the essence as the sea continued to recede and the hot sun was further drying the scene and the animal.

Without delay, both the RNLI inshore boat crew, and shore crew proceeded to carry out the rescue. The volunteers succeeded in lifting the dolphin onto a stretcher which they lifted onto the inshore lifeboat which proceeded out and into deeper waters close to Claggan Island. At this point, in sufficient depth, the crew released the dolphin which swam away, but not without surfacing a couple of times, much to the delight of the onlooking rescuers. Conditions at sea were favourable with a calm sea at the time, no wind and excellent visibility.

Speaking of the incident later this afternoon, Allen Murray, Ballyglass RNLI mechanic said: ‘We are always ready, trained and equipped to save lives at sea and we are delighted that we had a successful rescue of a dolphin today. The crew involved were professional and efficient and were back at station with boat ready for service in record time.