Ballyglass RNLI responded to two back to back call outs, first to bring an injured fisherman to safety, and then to assist a 10m fishing vessel that had broken down off the Mayo coast. 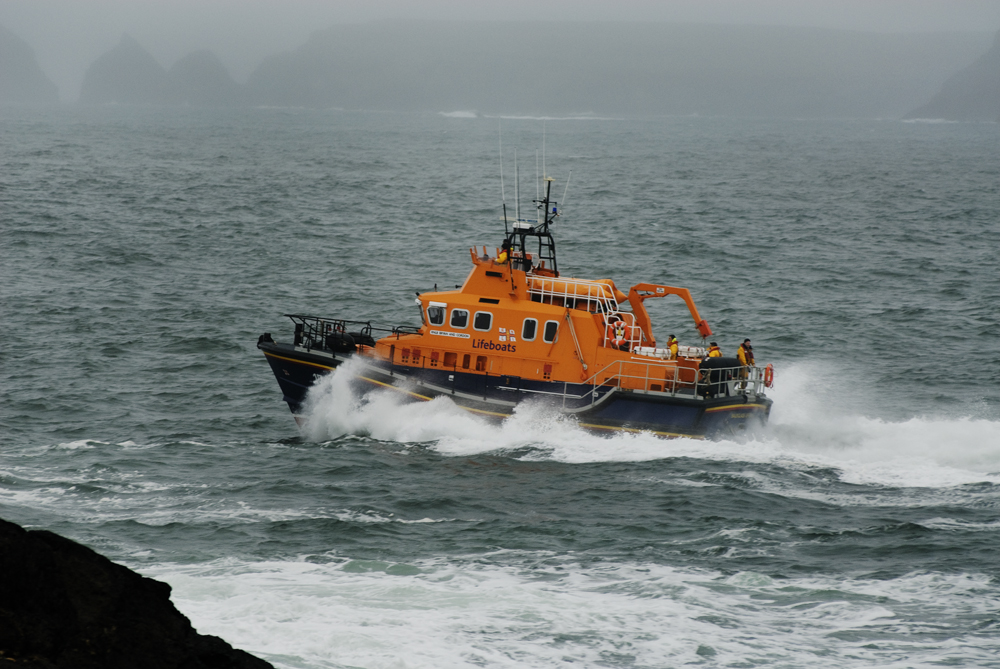 The volunteer crew launched their all-weather lifeboat yesterday morning, 19 March, to go to the aid of a fishing vessel with an injured crew member, 18 miles east of Ballyglass.

The lifeboat was requested to launch by the Irish Coast Guard at 9.34am to the boat which had three people onboard.

Weather conditions were overcast at the time with a west to southwest wind, force 4 to 5 and a westerly sea swell of two metres.

The all-weather lifeboat under Coxswain James Mangan with six crew members onboard, launched immediately and was on scene approximately 40 minutes later. The crew assessed the casualty before transfering him safely from the vessel to the lifeboat and then administering casualty care. The lifeboat proceeded onwards to Ballyglass where the crew transferred the casualty into the care of a waiting ambulance. Ballyglass Coast Guard Unit was on standby at the pier. The fisherman was subsequently brought to Mayo General Hospital for further treatment.

Having arrived back at the station shortly after 11am, Ballyglass RNLI was requested to launch for a second time some two hours later, this time at the request of the Irish Coast Guard, to go to the aid of a 10m fishing boat with three people onboard, that had broken down 16 miles north of Downpatrick Head.

The lifeboat immediately launched again under Coxswain James Mangan with four crew onboard. Weather conditions freshened this afternoon to a west to southwest wind Force 5 wind and a 2.5- 3m swell. Once on scene, the lifeboat crew began to work with the fishermen to establish a towline.

The lifeboat then began the slow 30 miles tow back to Ballyglass RNLI, arriving later that evening.

Speaking after a long day at sea for the volunteer crew, Padraig Sheeran, Ballyglass RNLI Lifeboat Operations Manager said: ‘Today has been a busy one for the lifeboat station with the first two call outs of the year happening straight after each other.

‘We want to extend our best wishes to the injured fisherman for a speedy recovery and wish the crew of both fishing boats well.

I I would like also like to thank and commend our lifeboat crew for their dedication and professionalism in responding to these back to back call outs today. It is something they train for and are prepared to do but days like today do highlight their selfless willingness and commitment.’