It could cost upwards of €10m to salvage the MV Alta, the ghost ship that ran aground in Cork, according to International maritime salvage experts. 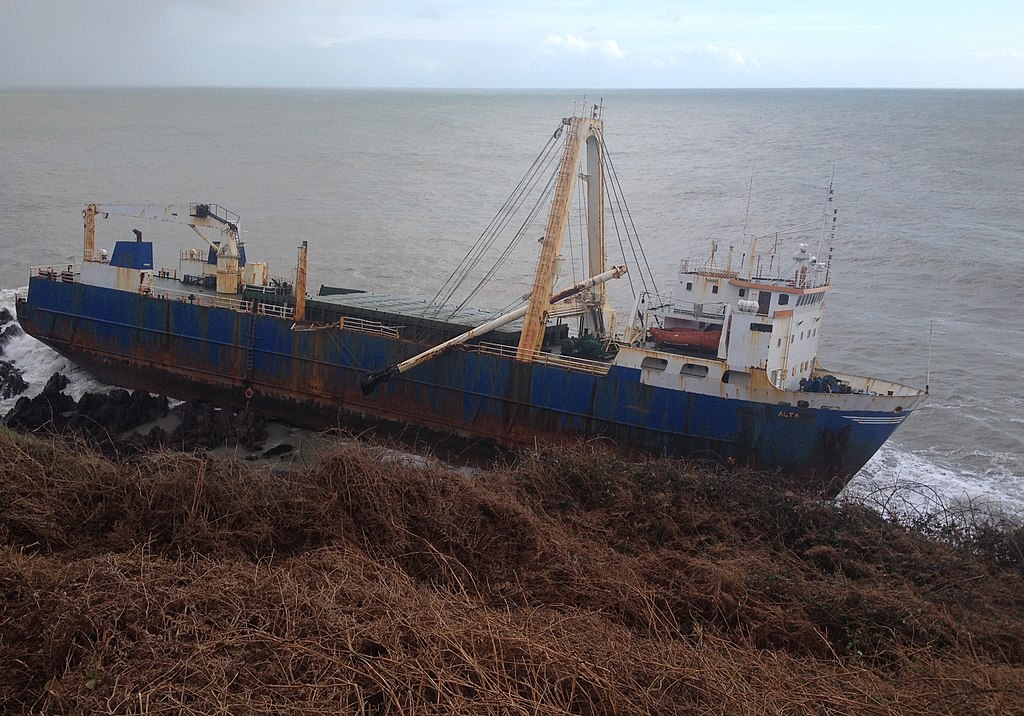 The abandoned cargo ship was discovered washed up on the rocks at Ballycotton, Co. Cork following strong winds from Storm Dennis in mid-February this year and attempts are still being made to establish ownership.

The vessel, the MV Alta, had drifted thousands of miles over more than a year, from the south-east of Bermuda in 2018, across the Atlantic Ocean before reaching its final resting place in Cork. 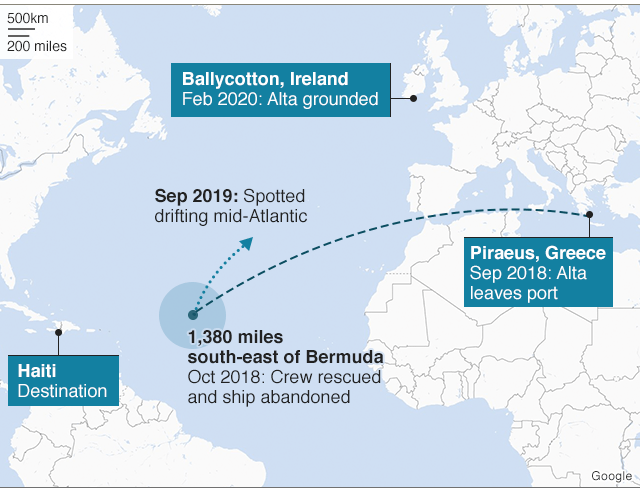 Ghost ship’s journey From Greece to mid-Atlantic to Ballycotton

In the days following its discovery a physical inspection of the ghost ship was carried out by contractors for Cork County Council and Marine surveyors boarded the vessel carry out a health and safety assessment. Cork County Council subsequently removed any environmental risk and since then the Receiver of Wreck has been trying to establish ownership and in turn whose is responsible for the ship. If any owners or insurers do not take responsibility for the ship, the Irish State will have to decide whether to spend millions on salvaging her or leaving her to her fate.

International maritime law expert Michael Kingston said: “Hopefully in any of these cases the vessel can be refloated and salvaged, but obviously after all this time it doesn’t look like that is going to happen, so the wreck is going to have to be removed. “The problem, and the multimillion dollar question, is who foots the bill? It seems the vessel was abandoned. “She’s a large enough vessel and must have been registered with a flag state and she must have an international maritime organisation number.”

Mark Hoddinott, a salvage and wreck removal expert with Brand Marine, holds out very little hope of finding the owner. He said: “There is certainly no commercial value in the ship at all. She’s too old and her scrap value would be low. “Whether the State would want to remove her just because she was an eyesore, I doubt. “The cost of removing her would be quite considerable too. €5-10M or I would say probably a bit higher. Is it really worth it? My own view would be probably not.”