As somebody who has spent a large part of their lives caring for marine animals it’s probably no shock that I’m intensely passionate when it comes to marine conservation and education. Nothing is sure to get me on my soap box faster than a good plastic pollution debate but when it comes to the topic of balloon releases you might see this passion reach new heights.

It still amazes me how little people know of the dangers posed by balloon releases which is why I am determined to help increase the public understanding of these dangers. 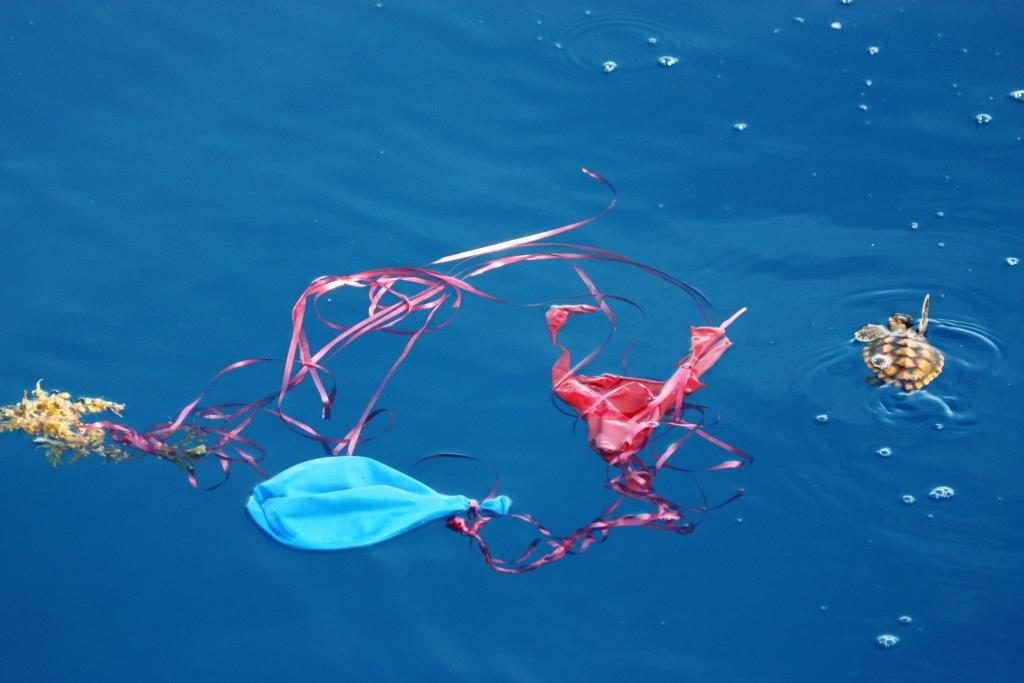 After the Party Balloons become a dangerous meal for a hungry turtle. Credit Balloons Blow

So let’s start at the beginning, you hear about a balloon release. That sounds like a nice idea but some people seem pretty upset about it… Why is releasing balloons such a bad thing? Well, here are three of the main reasons.

Firstly, fallen balloons are adding to the ever-growing litter in our environment. The perception seems to be that if it floats away then it’s not litter. What people don’t seem to register is that balloons don’t just go up and disappear, they come crashing back down again and a huge proportion of these will inevitably end up in our oceans. Look at it this way; we wouldn’t think it moving or sweet to write a loved one’s name on a chocolate wrapper and drop it on the ground. Yet stick someone’s name on a balloon, let it go and suddenly it’s romantic or a touching a tribute of love. Seem a little strange? It should! The fact is that in the end both are plastic and both can end up as waste in our oceans!

Giving off the wrong signals

Secondly, balloons that land in water can often lead to false distress signals for rescue services. In 2014 the Dun Laoghaire RNLI were called to the waters off Bray, Co. Wicklow, for what appeared to be a “person in distress in the water”. Fortunately, it turned out it was only good old Mickey Mouse, or rather his foil balloon counterpart, out for a quick dip after freeing himself from his owner. Whilst it made for a laugh and some great photos for the crew, it also caused a huge waste of time and resources for the already underfunded search and rescue team who are crucial to our community. 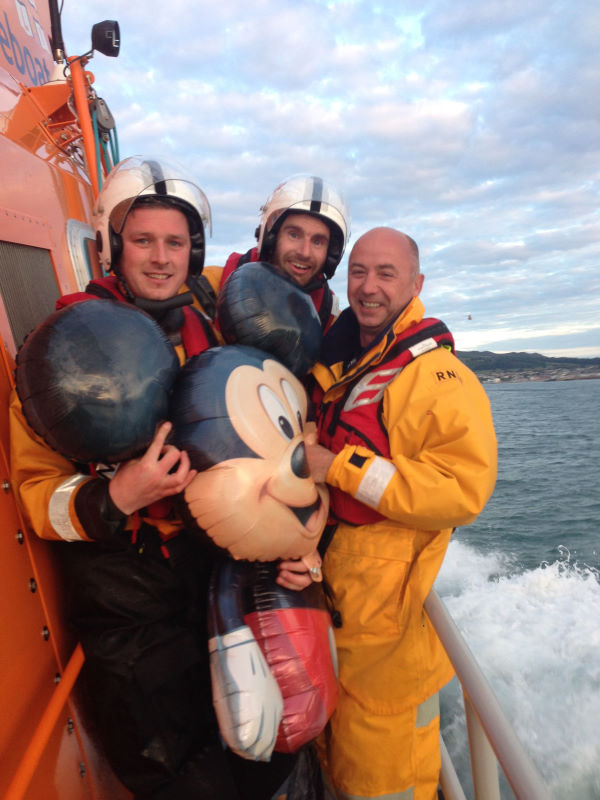 Won’t somebody please think of the animals

Thirdly and closest to my own heart, balloons pose a serious and often fatal threat to animals, particularly sea creatures. These animals are not familiar with the concept of a childhood souvenir or a celebratory tribute. Instead when they encounter a fallen balloon, most will mistake it for a potential source of food.

Many, many creatures have been found to have ingested balloon fragments, which can lead to choking, intestinal blockages and often death. Balloon debris has been found in the stomachs of seabirds, endangered sea turtles, dolphins and whales. Many animals have also been found entangled, trapped by the string from balloons.


There was even a famous case in the U.K. in 2011 when a red-nosed day balloon released by school children was found to have caused the death of a cow, leading to the reminder that it is not just sea creatures who are put at risk by balloon releases.

Just think how many people walk their dogs along the shoreline daily and how easy it would be for your beloved pet to accidentally ingest a piece of balloon debris. The consequences don’t bear thinking about, yet we MUST start thinking! 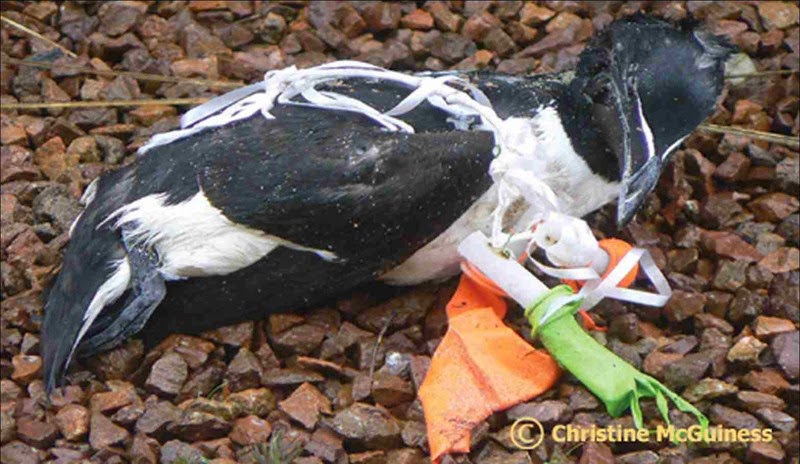 Unnecessary causality Birds get entangled and trapped in string from balloons

Many people who do raise their concerns about a balloon release will hear that “it is all o.k. because it’s being held ;responsibly’ or that it uses ‘bio-degradable’ balloons”. The truth however is that there is NO such thing as a responsible balloon release! Once you let go those balloons are gone, they will not be retrieved, they will end up as litter in our environment.

While “bio-degradable” balloons do exist, the time it takes for these balloons to bio-degrade is far greater than the time it can take an animal to encounter and ingest these pieces or to become entangled. Just ask the farmer who lost his cow back in 2011. At the time parents of the school children holding the balloon release had been assured it was “responsibly” held as the balloons were “bio-degradable”. This didn’t save his cow. 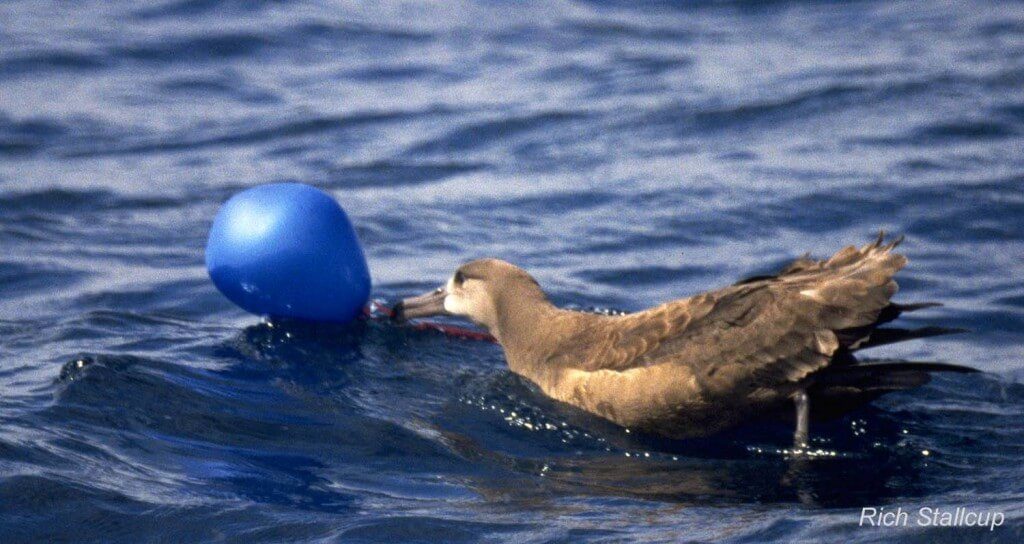 What goes up, does come down – as pollution

So, what can we do? In the U.S. town councils, such as Palm Beach in Florida, are leading the way by banning the release of balloons on their beaches. Closer to home, in the U.K. many local borough and district councils have started banning balloon releases on council-owned land. I believe it’s time that we follow suit here in Ireland. I come from county Wicklow where we pride ourselves on being the Garden of Ireland, perhaps it’s time we start protecting that garden because when it comes to balloon releases the dangers are literally falling from the sky!

Want to help? Get in contact with your local T.D.s and councils and tell them you want them to take action! Together we can burst the “responsible” balloon release illusion!