The volunteer crew at Arklow RNLI had a very busy Wednesday evening when they responded to three consecutive call outs bringing eight people on three yachts safely to shore. 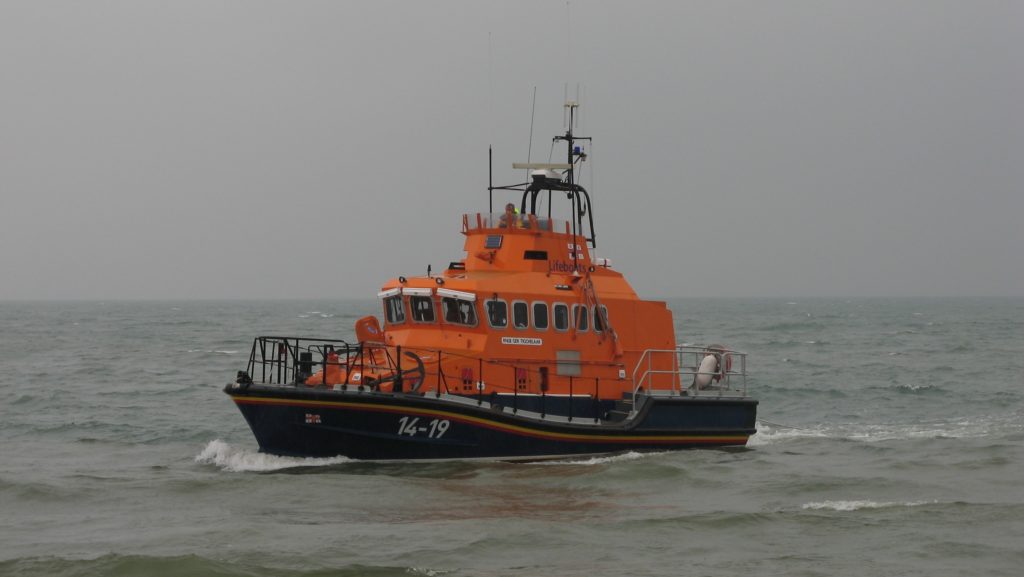 The crew who spent six hours at sea, was first requested to launch their all-weather lifeboat shortly before 4.30pm, following a report that a 23ft yacht was in difficulty somewhere near Arklow Bank.

The lifeboat under Coxswain Ned Dillon and with six crew members onboard proceeded to the scene and commenced a search in an area east of the bank. The Irish Coast Guard helicopter Rescue 117 from Waterford was also tasked.

Weather conditions at the time were favourable but there was a north east Force 5-6 wind blowing.

The lifeboat located the sailing vessel which was travelling from Fishguard to Belfast when its crew of three encountered difficulties, one mile east of Arklow Bank.


Having assessed the situation, Coxswain Ned Dillon decided to put a crew member onboard the vessel to assist with the rigging of a tow and to check if any medical assistance was required.

After ensuring the occupants of the boat were able to continue the trip, a towline was established and the lifeboat began to tow the vessel safely into Arklow.

As the lifeboat was completing the call, the crew was alerted once again and requested to go to the assistance of a 20ft yacht with two onboard which had got a rope tangled in its propeller. Once the crew of the first casualty vessel were safely brought to shore, the lifeboat immediately returned to sea and went to the sailors assistance. The lifeboat crew helped the sailors untangle the rope before towing the yacht into Arklow.

As the lifeboat crew were assisting the yacht, a third call for help came, this time to assist a 13m yacht with three onboard that had got into difficulty off Cahore Point off the Wexford coast. As Arklow RNLI was already at sea, the nearby Rosslare Harbour lifeboat was requested to launch.

The all-weather lifeboat from Rosslare under Coxswain Eamonn O’Rourke and with six crew onboard, set up a tow and commenced the passage towards Arklow. Once Arklow lifeboat had completed its second service of the evening, the crew returned to sea for a third time where they met the lifeboat from Rosslare. The tow was transferred and Arklow completed the tow back to the harbour.

Speaking following the call outs, Mark Corcoran, Arklow RNLI Volunteer Lifeboat Press Officer said: ‘It is unusual to have three back to back call outs in one evening but we were more than happy that we were able to return all three vessels and their crew safely to shore. It is on occasions like this evening where our skills and training, particularly those gained from joint training exercises with our colleagues at other lifeboat stations such as Rosslare, really kicks in and ensures we are ready to work together and assist each other in all conditions.

Mark reminded anyone taking to the sea during the good weather spell and on into the summer season to respect the water.

‘While we want everyone to enjoy the sea, we would encourage anyone planning a trip on the water to think safety first. Always wear a lifejacket and always have a means for calling and signalling for help. Always check the weather forecast and tide times. Make sure someone ashore knows where you are going and who to call if you don’t return on time’.