Arklow RNLI launched at 12.30am yestetday morning to assist a 25-metre fishing vessel in difficulty following a launch request from the Irish Coast Guard. 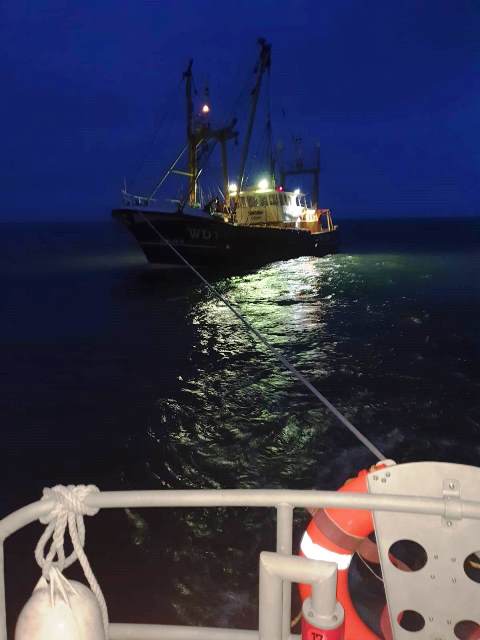 The volunteer crew left their beds and, within minutes of the pager alert, were aboard the lifeboat Ger Tigchlearr and were underway.

With south-westerly force three winds and a slight sea state, the lifeboat crew made their way to the reported position, approximately 20 miles south-east of Arklow.

The casualty vessel had reported propulsion failure and that she was adrift with six people aboard.

Once on scene and with the casualty vessel located, a tow line was established and the vessel was taken under tow to Arklow where all crew came ashore safely at 5.15am.

Following the incident, Mark Corcoran Arklow RNLI Community Safety Officer said, ‘Thankfully this callout ended well with all crew coming safely ashore following the long haul home. We would like to remind people to Respect the Water, always wear a lifejacket and carry a means of calling for help when going out on the water.’