Annie Massy was one of Ireland’s great scientists of the late 19th and early 20th century and, like pioneering marine biologist Maude Jane Delap, she was self-taught. She gained international recognition as an expert on molluscs and in particular cephalopods which include fascinating creatures like cuttlefish, squid and octopus. Her global reputation for identification of marine species led to many specimens from around the world being sent to her to identify. 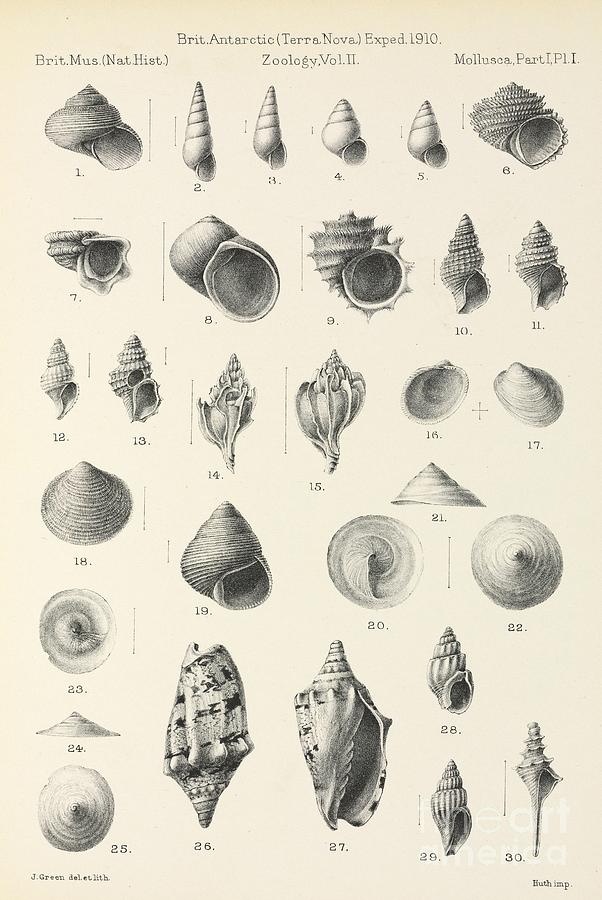 Born in Hampshire, she grew up in Malahide, Dublin and was a very shy, reserved child. She liked to gather and identify molluscs she found on Velvet Strand, a sandy beach close to her home. Not much more is known about her early years and there are no known photos but it’s clear her fascination with the coast was strong. Massy made her first contribution to a scientific paper at 18, submitting to the Irish Naturalist journal, and from then on she became a regular contributor and produced many important papers.

Even during the troubles of 1916, Massy managed to keep her head down and produce three extremely important scientific papers. She was the first to provide an account on the molluscs collected on Robert Scott’s Terra Nova expedition and wrote many more important papers including one on cephalopoda collected on the Fisheries research vessel the Helga.

Massy died 19 April 1931 at home in Howth, Co. Dublin after a short illness. She was buried at St Andrew’s church, Malahide. She resigned from the Irish Society for the Protection of Birds just three days before her death. She ended her resignation letter by writing “The shearwaters are great company to me at night, and the ravens by day”. Robert Lloyd Praeger wrote in her obituary in the Irish Naturalists’ Journal that “even the ravens would miss her”.