The Amerigo Vespucci tall ship, sail training vessel for the Marina Militare (Italian Navy), is visiting to Dublin this week and what a beauty! 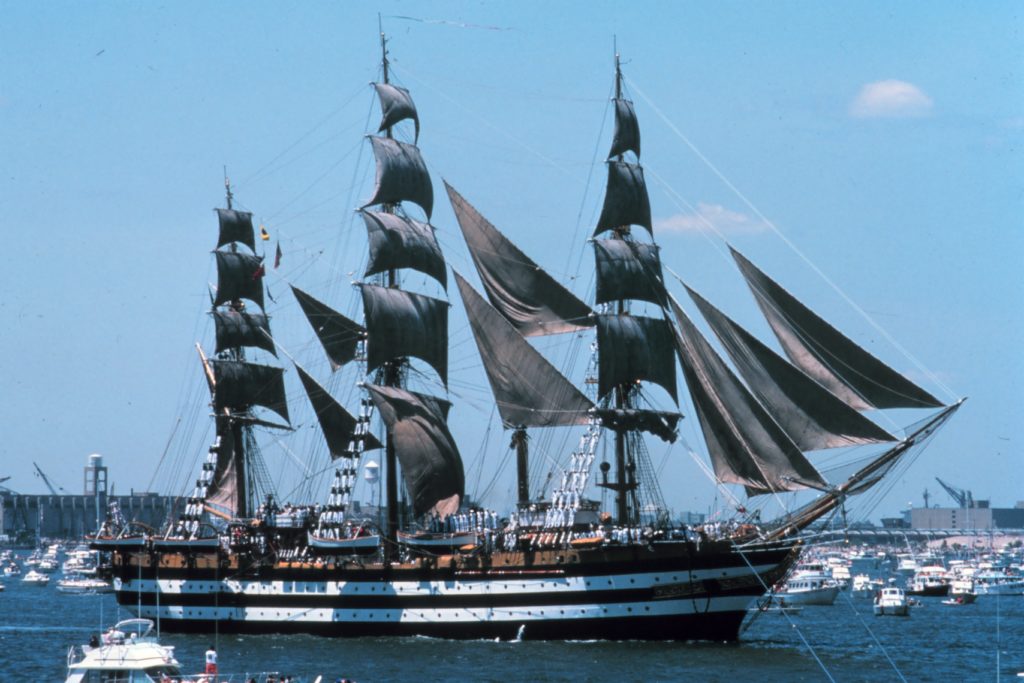 The ship, launched in February 1931, was designed by General Lieutenant Francesco Rotundi of the Italian Navy Engineering Corps in the style of late 18th century 74 cannon Ships of the line. The ship was named after the famous Italian navigator and explorer Amerigo Vespucci from whom America takes its name and the figurehead is a life-sized model of the man.

She is a full-rigged ship with three masts and a steel hull, is a 101 m in overall length and weighs 4145 tons. The hull is painted black with two white stripes, reminiscent of the two-gun decks of the ships on which she’s based. She’s used as a training vessel for the Italian navy and is currently on summer training campaign with pupils from the Naval Academy. 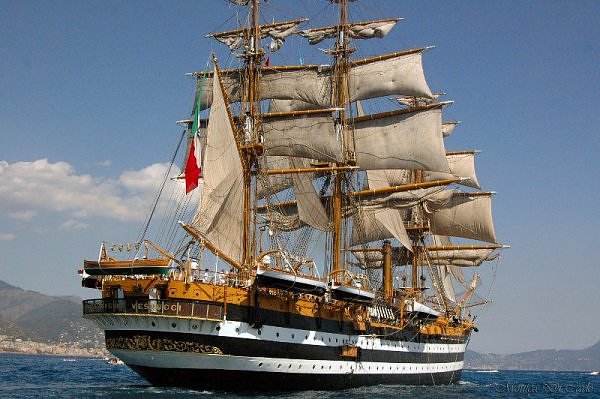 In 1962 – the story goes – while sailing in the Mediterranean, the US aircraft carrier USS Independence flashed the vessel asking “who are you?”, the Amerigo Vespucci said who they were and the US ship replied “you are the most beautiful ship the world”. A fine and very possibly true compliment.

The ship is docked in Dublin port and will be sailing out later this week. The ship is not currently offering tours on board like it’s visit in 2016 but we will update if this changes.