This latest poem by Daniel Wade continues our celebration of the maritime legend Admiral William Brown whose military prowess left an indelible mark on the country of Argentina and made him a hero to the Argentine people. 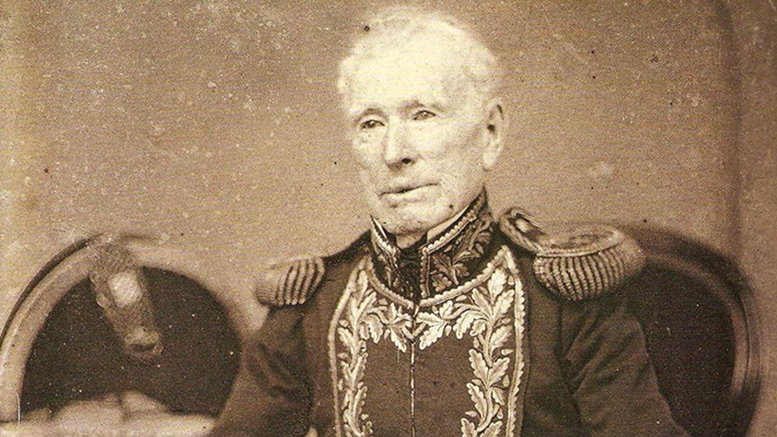 to the timbers, impounded by smoke

and grapeshot, to hold a-larboard against

unmoved of life as of death.

are the hosannas chanted in his name.

is washed down by the very waters

his legacy once tested.

For his will, the admiralty’s fire burns

all the more livid. Sickened by colonies,

he has felt most truly the bulk

of chains and freedom’s cool reprieve

cut him clean of press-gangs,

The sea is the only master he will pledge to.

No painter’s canvas shall flaunt his likeness,

nor a composer’s march trumpet

his disembarkation, for the colours of liberty

are as unfixed as the very winds flustering them.

How well does he know the pampean fringes,

undraped for some lesser anniversary

to hit the blockade’s roof over grouping

of complement and small arm —

for the cresendi of smoke and soaring jetsam.