OK, so we’re not entirely sure if this is a hoax or not, and to be honest for any number of reasons we kind of hope it is – BUT – a snake has been discovered on a beach in Cork! 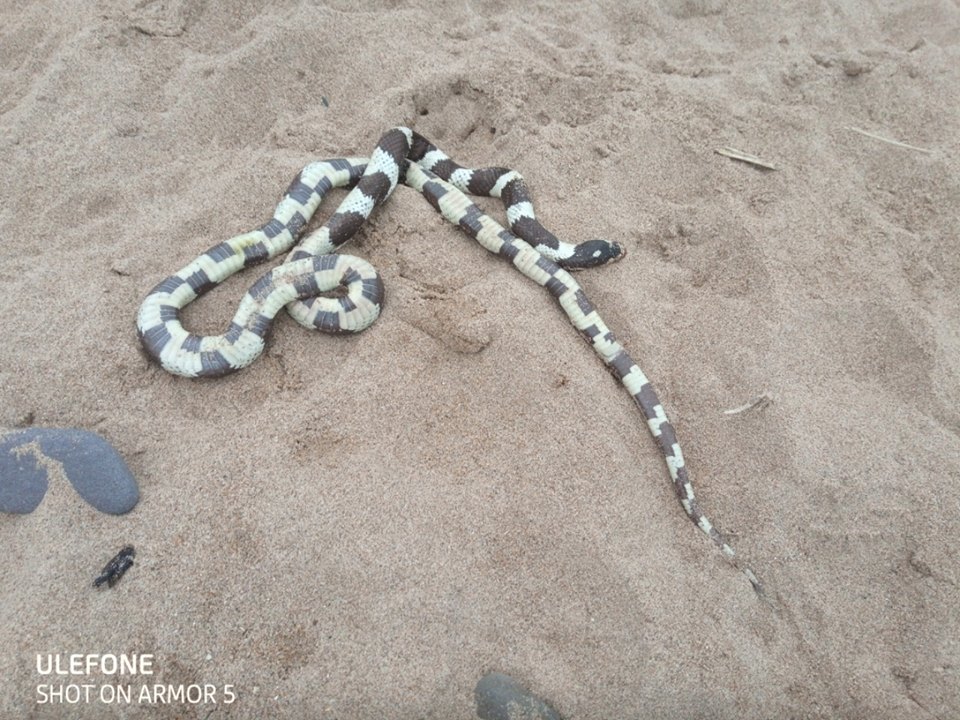 The snake was discovered on Thursday morning near the boardwalk on a beach in Youghal, Co Cork by a member of the Youghal Coast Guard. The snake measures 1.5 metres in length and is reportedly a non-venomous species, and quite possibly a California Kingsnake, which are often kept as pets.

So what explains this unexpected visitor to the Irish seaside in the middle of winter? In the absence of any more information we can only mindlessly speculate, and thus we have two possible explanations. One is that the magic of Saint Patrick is finally wearing off and this striking-looking snake is likely the first of many arrivals and portends the end of days. Alternatively and perhaps more plausible is that this was a Christmas present that managed to wriggle free of its new home located somewhere along the Cork coast.

Our sincere hope is that this snake wasn’t abandoned and can be reunited with its owner who we also hope is right now frantically searching their home for their missing pet.