An exciting summer series of events to celebrate the bicentenary of Dun Laoghaire harbour was officially launched today by president Michael D Higgins at a ceremony at Carlisle pier. 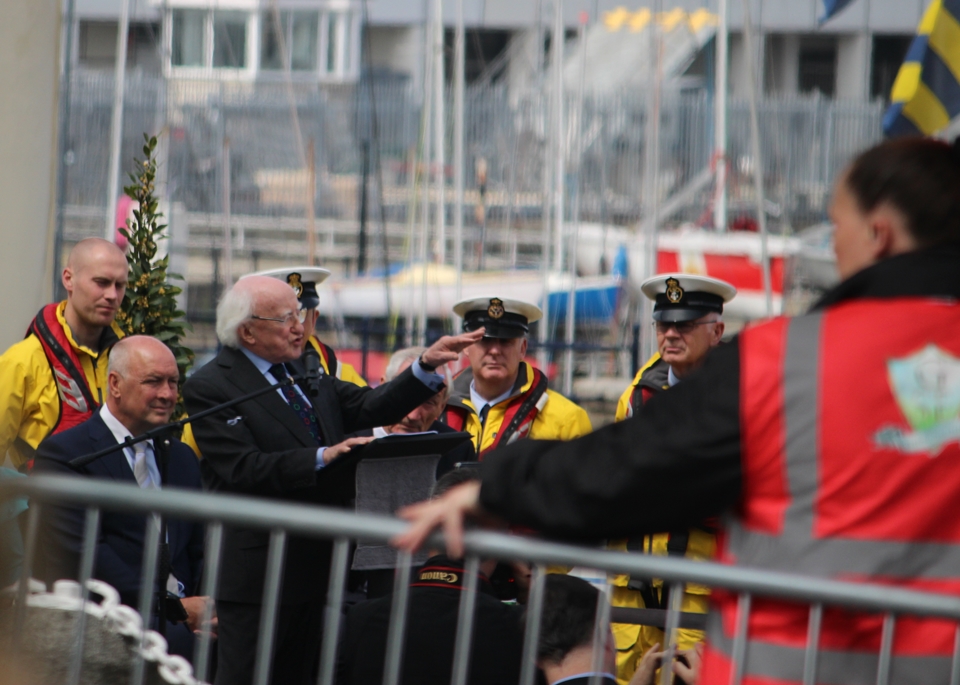 As part of the ceremony president Higgins planted a time capsule at the foot of the George IV monument and talked about the significant history of the harbour and its role in the growth of Dun Laoghaire. He was joined by local dignitaries, members of the Irish Coast Guard and RNLI. 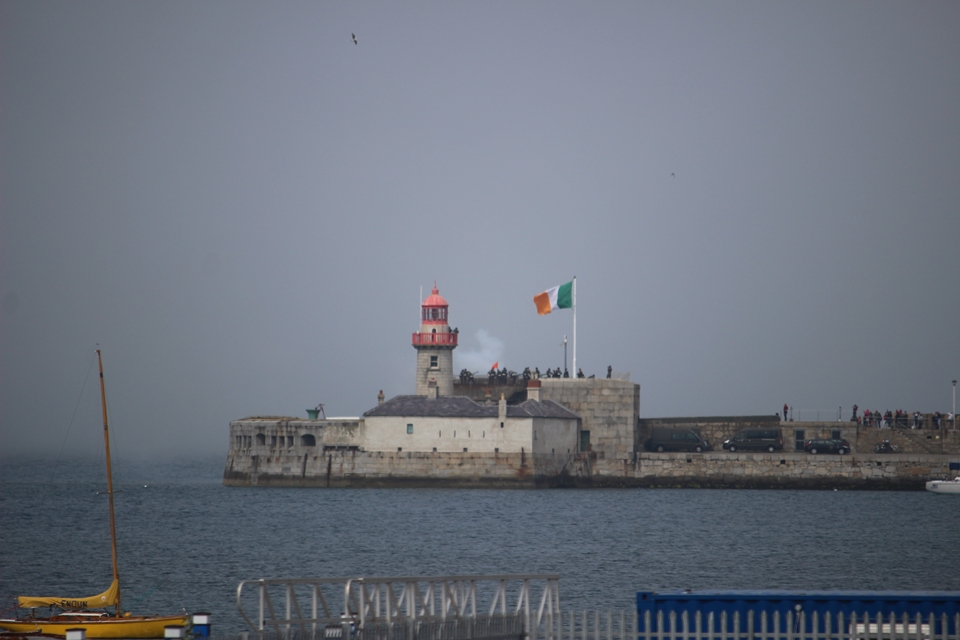 The opening ceremony concluded with the bang of a 21 gun salute from the East pier Battery and a fly over by the Air Corp. The East Pier battery houses one of only two fixed national saluting stations in Ireland, the other being at Spike Island in Cork.


The foundation stone of Dun Laoghaire harbour was first laid down 1817 by the Lord Lieutenant. Built as an asylum harbour, Dun Laoghaire acted as a vital stop off point for ships waiting to enter Dublin Port. The harbour consists of two long granite piers, east and west, and encloses a space of 250 acres taking 600 men nearly 40 years to complete. 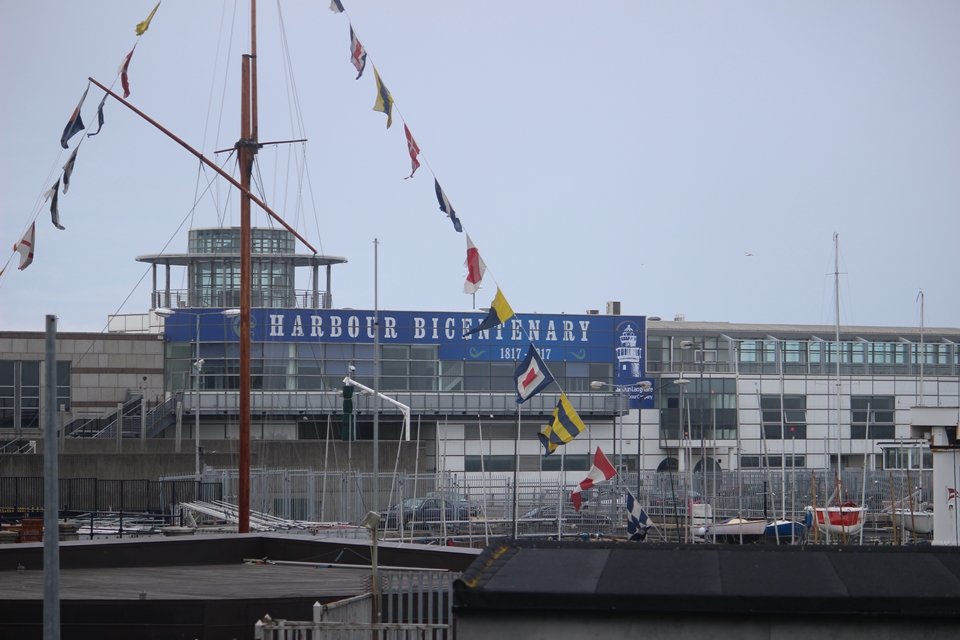 To commemorate the bicentenary of the harbour there will be an exciting summer programme of events. The program includes a whole series of free events which hopes to attract 100,000 visitors to the harbour to celebrate this momentous anniversary.

Some highlights of the events include an International Harbour Food Festival featuring over 25 unique vendors on the 4th and 5th June, The Kingstown 200 Classic Boat Race on 8th July and a live Viking Invasion re-enactment with longboats as seen on the hit TV Show ‘Vikings’ on 20th August.