An interesting piece of 1916 memorabilia goes on sale today as a map drawn up by Irish nationalist Roger Casement goes under the hammer at Chorley’s auctioneers. The map details the location of possessions hidden by Casement when he was stranded on Banna strand before being apprehended by British authorities. 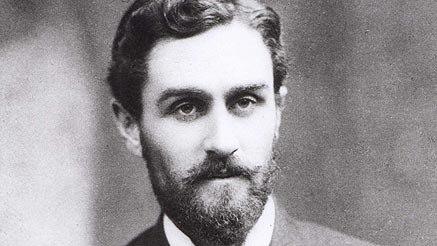 A little background: Roger Casement’s first career was as a British Diplomat, even receiving a Knighthood for his efforts. But he would ultimately become disillusioned with imperialism. He is more famously known as an Irish Nationalist and Rebel which he became involved with in 1913 after retiring from the consular service. He became a provisional member of the Irish Volunteers and travelled around the Ireland organising paramilitary groups, making speeches and was one of the instigators in the gun running at Howth.

After the success of the Howth mission he travelled to America and Germany with the hopes of raising funds and support for the volunteers. Most of his attempts were unsuccessful but he negotiated with the German government for support and they agreed to ship 25,000 rifles and 1 millions rounds, despatched on the ‘Aud’, to reach Ireland in time for the Easter Rising.

But ultimately Casement felt that this wasn’t enough and believed the Irish insurrection would be a failure. He left Germany by submarine to arrive back in Ireland on Good Friday, with a plan to prevent the rebellion before it started. But both vessels failed to rendezvous, the ‘Aud’ cargo was intercepted by British Intelligence Services and Casement ended up stranded on Banna Strand Co. Kerry, exhausted, drenched and was soon captured. He was brought to London to Scotland Yard to be interrogated by Major Frank Hall, who ran guns for the Ulster Volunteers and was recruited by MI5. He was tried for treason in the Old Bailey and sentenced to death. 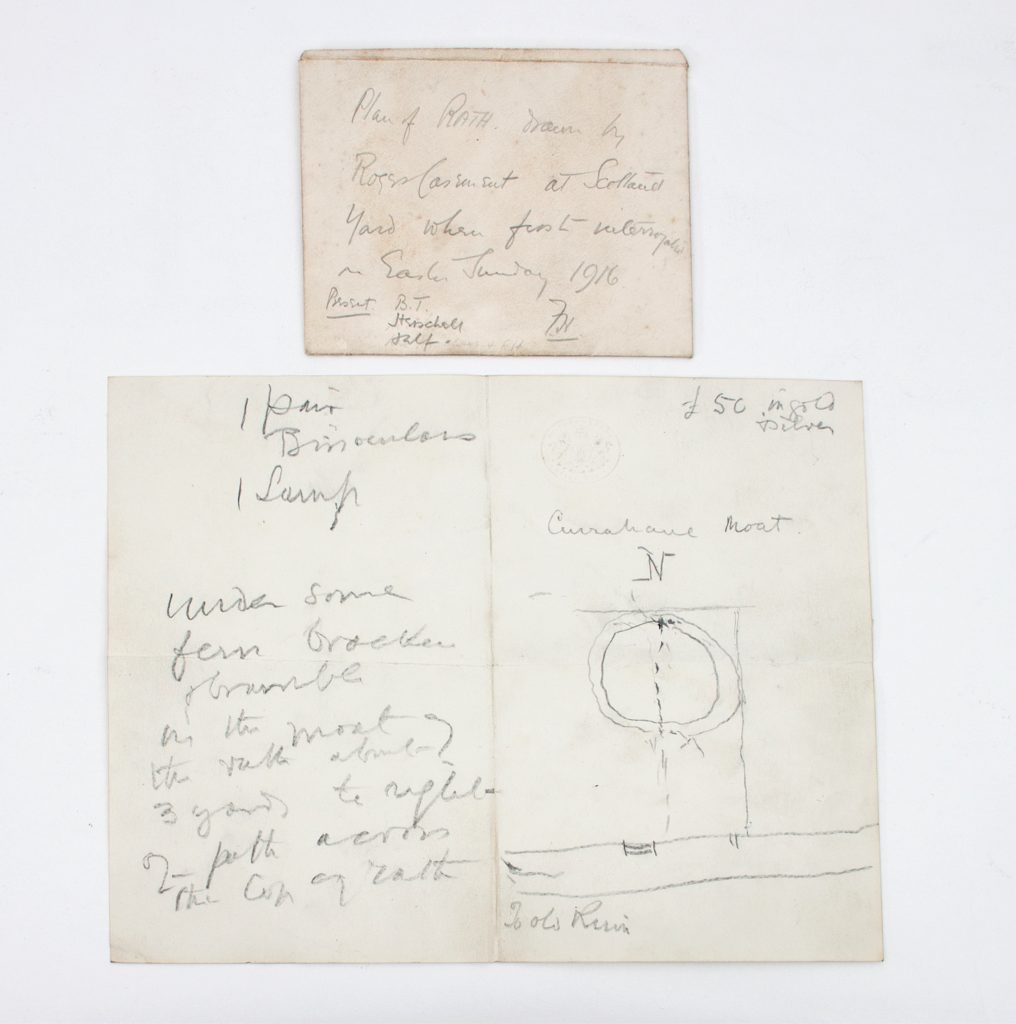 A descendant of Hall has put up a number of items referring to them as “memorabilia surrounding the 1916 Rising”. These include a treasure map that Casement drew up to a place where he stashed gold and other valuables while stranded on Banna Strand. Among the items in Casement’s treasure stash include £50 in gold and silver, a pair of binoculars, a lamp, gold cuffs, pistol and flag of the republic. The auctioneers estimate that the map could sell for €1,926-€2,568 and other items in the collection will be sold separately.
The auction takes place today head over to Chorleys for more information.

*Update the map alongside with some notes of the interrogation by MI5 Agent Major Frank Hall sold for £7,000.